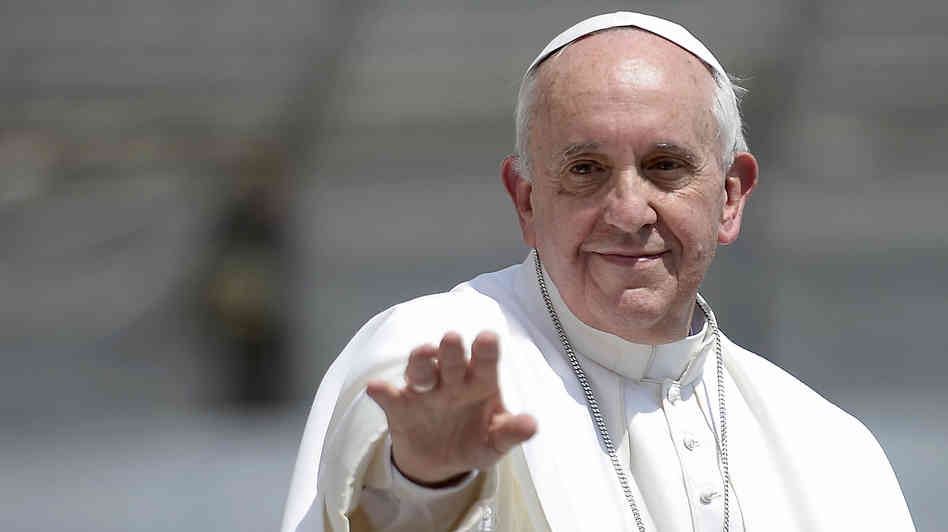 In a sermon delivered one week before the birth of Christ, the Pope said – or seemed to say – the performance of good works is all that is required for one to inherit the kingdom of heaven.  You know … as opposed to faith in God.  In other words atheists who explicitly reject Jesus Christ – but do good works – are saved.

Naturally this interpretation of Francis’ remarks prompted a viral reaction from so-called “conservative” talking heads, including Ann Coulter – who remarked that His Holiness was better suited to “get a show on CNN” than be the head of the Catholic Church.

First let’s take a look at what the pope actually said.

Courtesy of Vatican Radio, here are his remarks …

The Lord has redeemed all of us, all of us, with the Blood of Christ: all of us, not just Catholics. Everyone! ‘Father, the atheists?’ Even the atheists. Everyone! And this Blood makes us children of God of the first class! We are created children in the likeness of God and the Blood of Christ has redeemed us all! And we all have a duty to do good. And this commandment for everyone to do good, I think, is a beautiful path towards peace. If we, each doing our own part, if we do good to others, if we meet there, doing good, and we go slowly, gently, little by little, we will make that culture of encounter: we need that so much. We must meet one another doing good. ‘But I don’t believe, Father, I am an atheist!’ But do good: we will meet one another there.

For those of you new to FITS, this website makes it a point not to preach to others regarding our views on religion and salvation.  We have them – and are happy to share them – but that isn’t what this website is about.  Based on our limited understanding of Catholic doctrine, though, we can say the Pope is accurately reflecting the views of his church when he preaches that the death of Christ was indeed intended for the redemption of all people – and that all people are created in the likeness of God.

We can also say our founding editor, a Presbyterian-turned-Lutheran, has long struggled with the notion of a righteous God condemning individuals to eternal damnation whose lives attempted to model the life of Christ – yet lacked faith in Christ.

Again, though … that’s something we’ll all “find out when we get there,” right?

Anyway, Catholic media were not happy about the visceral reaction to Pope Francis’ comments – and blasted mainstream outlets like The Huffington Post and Reuters for failing to grasp the “difference between redemption and salvation.”

“Could Pope Francis have been a little clearer about what he was trying to say? Sure. That’s the risk of delivering off the cuff sermons,” the website Catholic Vote noted. ” The real fault … lies with the theologically-illiterate press corps, whose understanding of basic Catholic doctrine is so infinitesimal that it is increasingly unable to report on the Catholic Church without completely embarrassing itself.”

Aside from what Pope Francis said (or what he really meant), what do you think?  Do those who “do good” go to heaven?  Is there a heaven?

Spying On Your Allies Has Consequences

America Loves Mandela (Except That Time We Had Him Incarcerated)