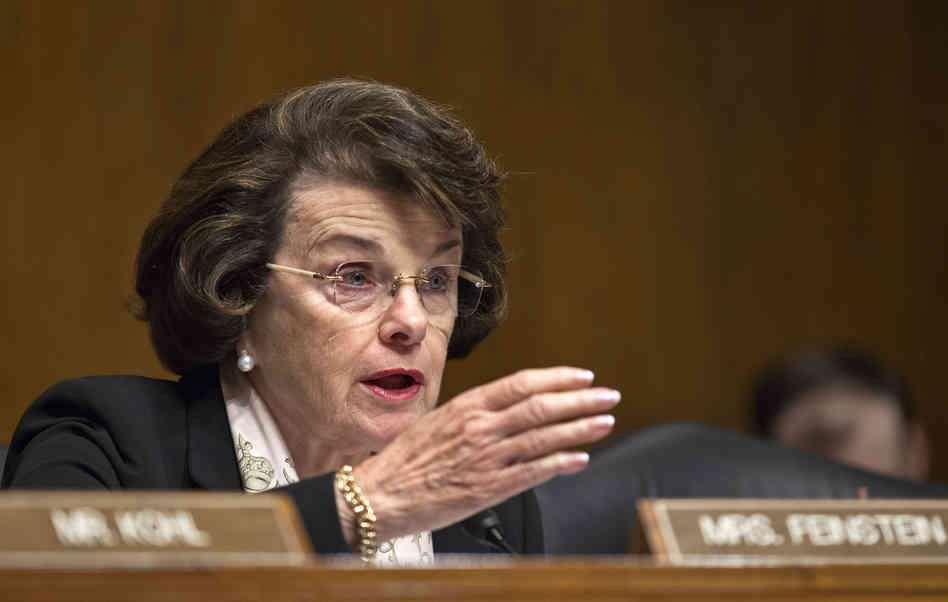 This website has repeatedly called for the immediate and complete privatization of the money-losing U.S. Postal Service (USPS) – which has lost an estimated $117 billion over the past decade.

Government simply shouldn’t be in the business of delivering the mail: As evidenced by its ongoing failure to efficiently deliver the mail. Accordingly, all USPS facilities and assets should be immediately sold to the highest bidder – with the proceeds going to taxpayers.

Is that what’s happening? Of course not. The Post Office is shuttering (and selling) a host of properties, but the money is being plowed back into the same failed business model.

Enter U.S. Sen. Dianne Feinstein, whose husband Richard Blum is the board chairman of a real estate company that stands to benefit financially from the sale of these properties.

While some internet reports place Blum’s potential profit on the sale of these properties at more than $1 billion, in reality his investment firm only owns about 5 percent of the real estate company – meaning he’s not directly pocketing all of the commissions from these sales.

Still, the deal stinks … which brings us to the larger point: Elected officials and their relatives or business partners should have absolutely no stake whatsoever in government contracts (at any level). In fact they should be permanently banned from receiving such contracts.

“Sen. Feinstein is not involved with and does not discuss any of her husband’s business decisions with him,” a spokesman for the Senator recently told San Francisco Chronicle. “Her husband’s holdings are his separate personal property.  Sen. Feinstein’s assets are held in a blind trust.  That arrangement has been in place since before she came to the Senate in 1992.”

Okay … but we’re not talking about Feinstein, we’re talking about her husband (whose income benefits her and will presumably be left to her in the event of his demise).  And if you think politicians in Washington don’t trade favors for the benefit of those close to them, then you’re crazy.

Feinstein’s USPS scandal may not be as bad as some reports have alleged, but that doesn’t mean we shouldn’t call it what it is: Yet another example of the sort of self-serving corruption by the ruling elite that’s killing our country.

Could A GOP Senate Take Down Obamacare?

Feinstein is a self-serving hack.

Government simply shouldn’t be in the business of delivering the mail.

That awkward moment when someone constantly bitching about what is unconstitutional bitches about an entity expressly created by the Constitution itself.

It’d be nice if all of these sanctimonious assholes who have a copy of the Constitution in their pockets and spout off about liberty and such bothered to read the document. Good job, Smirks.

There is some debate among scholars about what Article I, Section 8, Clause 7 of the US Constitution actually means – originally it was interpreted to mean that Congress had the power to designate post offices and empower the carrying of mail but to not actually be in the business of running a post office system. John Jay and Jefferson were against the formation of an organization like we currently have.

The original colonial post office system was a private enterprise.
Franklin envisioned and actually oversaw the creation of a hub and spoke system that only moved mail from “…certain places to certain other places…”, much like the air transportation system we have now. What has killed the post office is delivery to every hoot and holler, unionization – reducing the need to focus on customer service and raising prices, email and the internet.

Soldiers still need the post office, almost nobody else does. UPS and FEDEX are faster, have better service and are competitively priced. The USPS is a business model that has gone the way of buggy whips.

UPS and FEDEX will come to my house, pick up my Christmas card to you and then deliver it to you for the price USPS charges for a first class postage stamp? Is that what you mean by “competitively priced”? Didn’t think so.

No but you can email your Christmas card for free.
USPS vs. FedEx on package delivery is competitive. When agencies that require real signatures start routinely accepting scans or digitally signed documents, the Post Office will lose $15,000,000,000 a year instead of $9,000,000,000.

e-mail is as personal as robo calls from politicians.

You know that FedEx uses the USPS all the freaking time for “last mile” delivery, right?

If we eliminated “standard home delivery”, the USPS would be profitable over night. You’d have a box in every neighbor hood like apartment complexes and that’s where your mail would go. Home delivery would only be done for an added fee. That’s a lot closer to what was originally envisioned for the postal system anyway.

I think every senior citizen should have to trudge thru wind, rain, sleet and/or snow to get their mail from the neighborhood box.

Of course if you set the boxes up right, you can drive by them and we all know a good son would pick up his (grand)parents mail for them….

The issue is that you can’t possibly make money delivering mail door to door at 46 cents a letter (or even 49 cents, the price goes up 23 Jan) – the evidence of that is that the USPS lost $9,000,000,000 dollars last year and in fact has never really made a profit or even broken even. There are a number of reasons for the lack of profitability including an idiotic retirement payment mandate but the truth is that the model itself is flawed.

The things you can do with other people’s money when profit is not an issue are amazing balls!

Onward Comrade! I say let us make every day Xmas so our postal workers can always wear red.

They’re damn sure swimming in ink filled pools of it….

The Constitution is nothing more than toilet paper. It’s out of date and only used by either “side” when convenient.

It has phrases that can be interpreted to mean anything, like “general welfare”. The Anti-Federalists knew this and warned everyone that the government would become all powerful if the general welfare clause was left in among other issues with the Constitution. The Articles were much better but didn’t allow for power so the elite would not let it continue.

Also, that’s a nice (and, admittedly funny!) little strawman you put up there, Smirks. Be ashamed if something happened to it.

*We* constantly bitch about that which is unconstitutional because it is, BY DEFINITION– illegal.
*We* bitch about the Post office, even though it is Constitutional, because, some think it would work better privatized.

Oh “conservatives” are all for “The Constitution” until it says something they dont like.

Truth is most “conservatives” are opposed to a goodly part of the Constitution.

When speaking of the idiots in Arizona, don’t forget their treasonous version of our Lindsey, John McCain. Otherwise, you were right-on!

Who did the taxidermy work? She doesn’t look that bad.

[A] duty of the sovereign or commonwealth is that of erecting and maintaining those public institutions and those public works, which, though they may be in the highest degree advantageous to a great society, are, however, of such a nature, that the profit could never repay the expence [sic] to any individul or small number of individuals, and which it, therefore, cannot be expected that any individual or small number of individuals should erect or maintain. – Book V, Wealth of Nations

The USPS is “in the highest degree advantgeous” to society? lol

Ok, sure. That’s all not withstanding the private companies that do the same thing without taxpayer money.

Nothing like living in the past when it comes to technology though. It gets me all nostalgic for horse buggy’s, homes without heat & outhouses.

This bitching CA libturd lawyer knows damn well the USPS problems rest in Congress. The dozens of unions, the prepaid health premium, the over the top retirement and it goes on and on.

Yeah. I hear Kiawah, Hilton Head, etc. are full of retired postal workers living high on the hog on their pensions.

You can’t do this half way – you must either privatize the entire Postal Service and allow it to charge what it really costs to deliver the mail, or realize that this is a public entity that relies on federal money to subsidize its operations in order to keep the price artificially low.
Imagine having a business where you could not raise or lower prices without an Act of Congress. You can’t compare the Post Office to a private delivery service and expect it to operate the same way. If the Post Office was allowed to set rates high enough to show a profit, it would cost $7 to send a letter, which is about what FedEx charges.

Feinstein is a criminal, but US Senators profitting by being on the inside of federal deals is hardly restricted to Democrats. Both sides do it. It is called graft, and yes, it sucks and ought to be illegal. Wait, it is… Ha ha ha ha ha….

self-serving corruption by the ruling elite that’s killing our country.
———–
lay off! Haven’t the rich worked hard to be the ruling elite? Haven’t they suffered enough in this never ending class war? Isn’t that what our country was founded on – The right to be industrious, make connections, hoard resources, cry about having to work so hard to support the leeches… and get away with more than the “little people?”

I wish people would make up their minds whether our system is based on harnessing greed by pooling resources, or bowing to people who were smart enough to be squeezed out of the right vagina, and want concessions and fewer responsibilities for going through the agony of living here.

DIANE FINESTEIN IS A FINE LADY.

Unfortunately, the brain as well as the body, ages. I think she is past her clear thinking period.