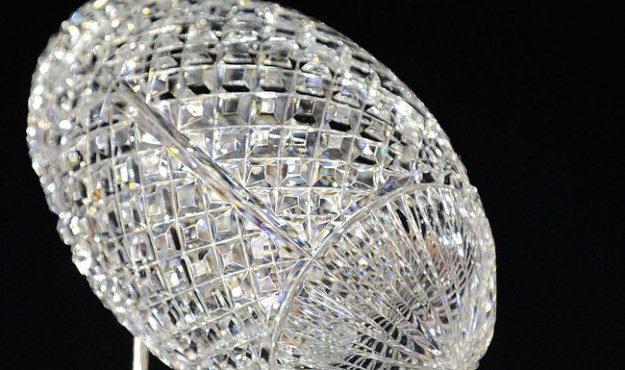 A week from now the 2013 college football bowl schedule will be cemented: Dollars will be counted, travel plans finalized, matchups dissected.

This week? Things are totally up in the air …

The most likely resolution to the 2013 season involves newly minted No. 1 Florida State (12-0, 8-0 ACC) and No. 2 Ohio State (12-0, 8-0 Big Ten) winning their respective conference championships and facing off in the final BCS National Championship Game. Such an outcome would mean an end to the Southeastern Conference’s string of seven straight national titles – and would spark a flood of controversy given the comparative weakness of Ohio State’s schedule next to the SEC gauntlets run by No. 3 Auburn, No. 4 Alabama and No. 5 Missouri.

But as Auburn and Missouri’s improbable seasons have proven, anything can happen … especially given the uncertainty surrounding Florida State quarterback Jameis Winston. The Heisman Trophy frontrunner continues to be dogged by an ongoing investigation into an alleged sexual assault – and if he winds up being charged with a crime within the next five days, all bets are off.

Here are those games …

Another game, the MAC championship, features unranked Bowling Green against No. 14 Northern Illinois – which could wind up sending the Huskies to crash the BCS for the second consecutive year.

The “impact game” on this slate is clearly the Big Ten championship. Ohio State hasn’t lost in 24 games under second-year head coach Urban Meyer, but the Buckeyes looked vulnerable and undisciplined against unranked Michigan on Saturday.

The Spartans (11-1, 8-0 Big Ten) could easily pull off an upset here … especially if Ohio State starters Marcus Hall and Dontre Wilson are suspended from part (or all) of the championship game for their conduct during a melee against Michigan. Meyer declined to suspend either player for their role in the fight at the Big House … but the Big Ten could (and in our opinion should) dole out suspensions.

Hall in particular came off the sidelines to join the fight, threw a punch and proceeded to give 113,511 fans the finger after he had been ejected. 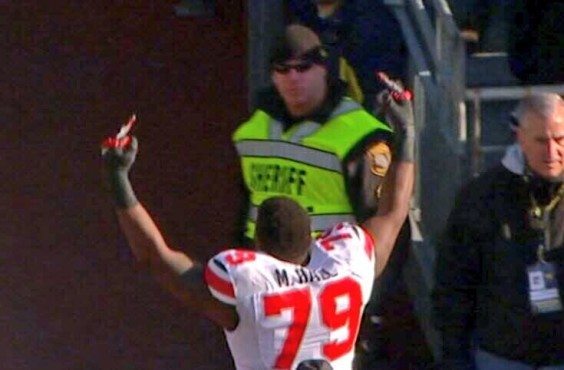 Anyway, if karma prevails and Ohio State loses to Sparty then the winner of the Southeastern Conference championship game would likely play for the national title. And if Duke somehow manages to beat Florida State (which we don’t think will happen regardless of Winston’s status) then the SEC could conceivably go from zero teams competing for the ultimate prize to a repeat of two years ago – when LSU and Alabama did battle in an all-SEC West championship game.

Just imagine the national championship being a repeat of this year’s history making Iron Bowl between Alabama and Auburn!

Margins of victory will be crucial in each of this weekend’s contests, too. For example if Ohio State narrowly defeats Michigan State in the Big Ten championship game, the Spartans could remain among the nation’s top fourteen teams. And if that happens, they would likely head to the Rose Bowl to play the winner of the Stanford-Arizona State game.

Depending on how Saturday’s games shake out, Dabo Swinney’s Tigers could find themselves as high as the Orange Bowl or as low as the Chick-Fil-A Bowl. Due to the number of SEC teams ranked above them, South Carolina is probably looking at a return trip to the Outback Bowl or the Capital One Bowl.

If Ohio State loses, though, the possibilities are limitless …

SEC Play Of The Year (For Real This Time)