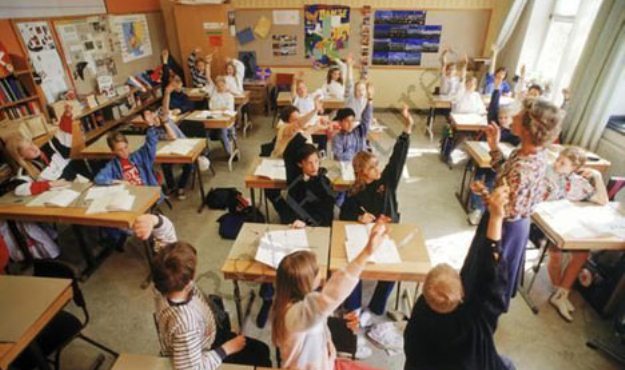 These are the leaders of a new group that’s looking to enact a host of education reforms in South Carolina – although all they’ve done so far is publish a cookie cutter “catalog” aimed at alerting parents to existing school choice options.

And in the Palmetto State, those options are few and far between.

But we’re told to expect “big things” from this new organization, which is looking to spend big in an effort to achieve legislative “wins” on school choice and other education reforms.

“We view anyone advocating for proven policies that empower parents with more and better options – public or private – as an ally in the fight for education freedom/ opportunity,” a member of the group told FITS recently.

South Carolina has the worst government-run system of public education in America … so naturally we welcome any effort (by any organization) aimed at loosening that monopoly’s stranglehold.

FITS was recently provided with a list of reforms being advocated by this group’s leader, former Koch Brothers’ political operative Stuart Jolly (a.k.a. “the colonel”). Among them? Expanded charter schools, merit pay for teachers, funding reform, letter grades for government-run schools and universal choice for parents.

That’s a pretty ambitious agenda … and Jolly has reportedly been “beyond aggressive” in advocating it.

Good … South Carolina needs more people (insiders and outsiders) who are willing to speak truth to power. And from what we’ve heard, it sounds like Jolly is building a new army to advocate for these reforms.

Just a bunch of out-of-state rich people and corporation-backed organizations pushing tons of cash for education changes in a poor state. What could go wrong?

It amazes me that people actually cheer for this kind of meddling and believe it is going to make a positive impact on our state, especially when you consider the lengths they are going to buy politicians who will vote their way. It especially amazes me that said people really never seem to question that said bought politicians will likely support their masters’ wishes beyond just the “school choice” part that they do agree with and may in fact be supporting legislators that will ultimately work to enact many laws that they don’t agree with, or even vehemently disagree with.

Woe be unto us if we fall for this school choice shit.

I suspect there is an educational publishing company behind all these machinations, if someone actually chased the money trail. That would be quite an elucidating journey down the rabbit hole, I bet.

Come on man. Everybody has to make a living. Some manufacture widgets, some lawyer, some teach, and some, including The Founding Editor, shill for special interests that are smarter and slicker than he.

Here’s hoping that the loud slurping noises I hear from this post at least get you a slot on the generous payroll of this as-yet-unnamed, out-of-state, anti-public school organization! It’d be ashame for you to grease yourself all up for nothing!

Every time a bunch of out of state rich carpetbaggers and local fucking cockroaches tell me they are going to enrich my Third World life my mind screams this could be for real ….

……..then my asshole begins to itch reminding me of the past when I was suckered into believing their shit only to find myself poorer and a little wider in the ass down the road

Oh, I get it! The driving force for the Tea Party wants to do to education what it has done to the legislative process.

Let those who can afford an education get one. Let the rest serve those who are educated.

Since this state is still stuck in plantation thinking, this may actually gain a foothold.

I do belive that I had rather have people like Sen. Jim Demit And Sturat Jolly HELPING with S.C. Education system. Rather than tha ODUMA Administration doing it, Look at the way they are doing your Health Care . What A JOKE..

SC need this like it needs a return to slavery. Which is probably their next objective.

http://www.politico.com/story/2013/10/vouchers-dont-do-much-for-students-97909.html
“vouchers don’t do much for students”…but, hey, vouchers allow people who love saying ‘stop that government spending’ to approve an increase in that government spending…because it’s headed to their pockets.
Do they REALLY want to become dependent on the government like that?

They are not looking for a hand, just a hand out.

What about the Online virtual study. it is good for student as well teacher.latest government jobs India