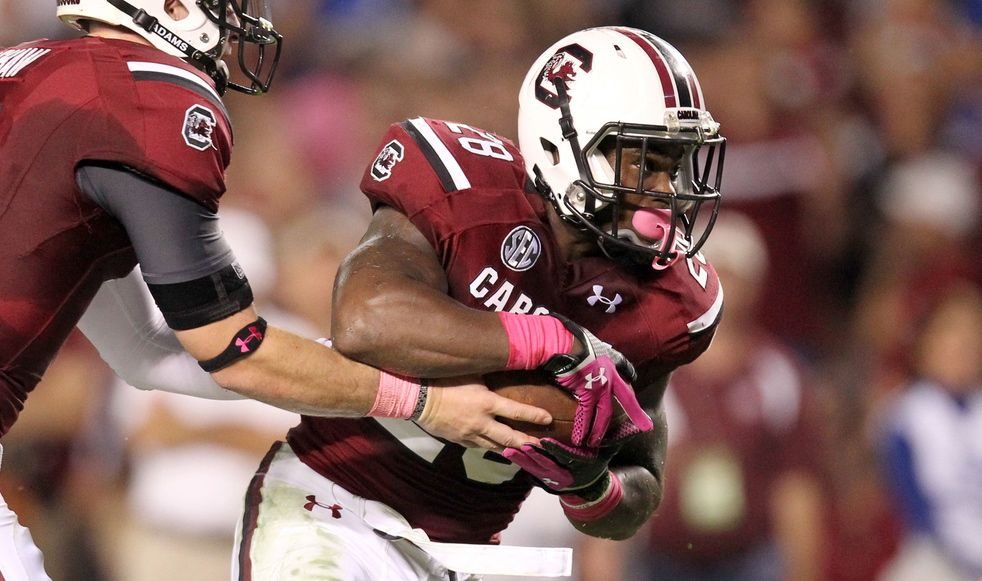 It seems just about every week, I’m sitting here at my desk and typing an article on the same thing: How University of South Carolina tailback Mike Davis should be given more carries or touches.

About how if the Gamecocks were undefeated, he would be atop just about every Heisman ballot.

About how fans hate to admit it but he’s already every bit as good as the legendary “21″ – Marcus Lattimore.

It’s all there: Size, speed, power, elusiveness, catching ability … and more. Davis possesses all of the attributes necessary to play on Sundays. Through five games he’s done everything: Carried linebackers into the end zone on short yardage plays, blown past defensive backs on breakaway touchdown runs and ground out clutch runs late in the fourth quarter when the game was on the line.

Which begs the question: Where is the respect? Davis currently sits behind other SEC running backs like Todd Gurley from Georgia in Heisman consideration – even though Gurley’s offensive output has dropped off in each of his last four starts.

More importantly why does it take a clock-running drive in the fourth quarter to get this guy the ball? He’s the best offense weapon head coach Steve Spurrier has – and Spurrier should use him.

In the first half against Central Florida two weeks ago, South Carolina trailed 10-0 at halftime. Davis had just five touches for 17 yards in the game’s first thirty minutes. After halftime, Davis erupted – racking up 150 yards and three touchdowns. He probably would have scored a fourth time were it not for a missed blocking assignment.

Through five games he has 640 yards and eight touchdowns on 92 carries.

Tennessee’s Rajion Neal and Arkansas’ freshman sensation Alex Collins have more yardage, but each has had an extra start to work with.

Earlier I mentioned Lattimore, a bruiser who always found a way to gain those extra yards for the team – routinely making something out of nothing. And whenever South Carolina was at the goal line – opposing defenses knew exactly who was getting the ball (and that they couldn’t stop him).

Davis has shown all of that and more – notably the ability to break away from defenders in space after shedding tacklers.

Don’t get me wrong: I love Marcus Lattimore and everything he has meant to this Gamecock football program. I especially loved seeing him receive the “keys to car” from South Carolina’s only Heisman winner George Rogers.

But fans need to be honest here.

We used to question who the better back on the field was here in South Carolina, George Rogers or Marcus Lattimore but as this season continues though, it’s looking increasingly like Mike Davis. 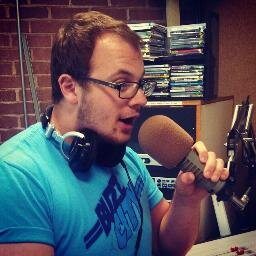 Reece Funderburk currently hosts “The Saturday Morning Blitz” on Saturday morning from 8:00 – 10:00 a.m. ET on WUSC 90.5 FM. He can be found on twitter @TheSMBlitz.

I definitely like what I’ve seen of him so far.

Great back. Probably better than Marcus. Just wish he would check his ego. Learn some humility.

He is definitely my choice for Gamecock Heisman Candidate of The Week.

No, this site isn’t a homer site, no sir.

Let’s hope he evolves into the leader that Marcus was.

I’m not sure we can compare Mike and Marcus. Marcus was running behind a mediocre offensive line and still had amazing production when he was healthy. Mike has one of the best O lines in the country, he’s not routinely getting hit in the backfield like Marcus was.