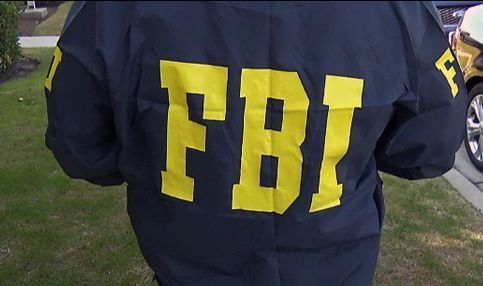 The Federal Bureau of Investigation (FBI) has shut down an underground economic website and arrested its founder – in the process dealing a major blow to an alternative online currency.

Oh, and it’s done all this during a so-called “government shutdown.”

The FBI raid targeted Silk Road – a black market website which offered a wide range of illicit offerings (drugs, sex, guns, etc.). The website also pioneered the use of BitCoin, a digital currency based on peer-to-peer transactions as opposed to a centralized bank.

The owner of Silk Road – Ross Ulbricht (a.k.a. the “Dread Pirate Roberts) – was arrested and charged with narcotics trafficking conspiracy, computer hacking conspiracy and money laundering conspiracy. The 29-year-old San Francisco resident has also been accused by the government of attempting to murder one of his users “who was threatening to release the identities of thousands of users of the site.”

In addition to arresting Ulbricht, agents confiscated 26,000 BitCoins with a value of $3.7 million.

The moral of this story? Even during a shutdown the feds will never stop coming after free enterprise … especially when it involves increasingly credibly alternatives to its fiat currency.

This isn’t about illegal purchases of drugs, sex or guns – all of which should be permissible in a free market. It’s about the federal government protecting its ability to keep the money presses rolling with no interference.

Nikki Haley Has A Presidential Supporter

Now I understand what Sic Willie means when he champions free enterprise.

Getting awful close to “jumping the shark” with this post.

For a more detailed story on this:

A prime example of counter financial ops. We wonder how this would play out if these bitcoins had been transferred to the Nancy Mace campaign just for media attention alone..!!

“Street drugs”? I’m not sure that term applies to drugs sold over the Internet.

I’ve been reading a good bit about it today, as today is the first time I’ve read much about it except in passing. Sounds like it was a relatively clean and non-violent way for people to buy and sell something they wanted to ingest, and it was very hard for minors to use it because of the requirements of buying bitcoins. Now those users are forced to buy the “street drugs” and risk getting beaten, robbed, or shot.

In any event, the FBI and DEA are going to enforce the law so my beef isn’t so much with them (even though most federal agents are probably assholes) but with the laws that deprive someone of the liberty of using whatever they want, so long as nobody else is directly harmed. The website allowed users to buy their drugs without involving anyone else. It should be legal.

They also inflated the amount of money made by using todays bit coin value for all of past profits.Bitcoins were worthless not to long ago.

“The website allowed users to buy their drugs without involving anyone else. It should be legal.”

You can’t remain anonymous on the internet…it’s impossible. If someone wants to find you badly enough and has enough resources, they will…no matter what precautions you take.

I’m debating whether he violated the non-aggression principle or not, by paying for a hit on the guy trying to extort him earlier this year….it’s an interesting philosophical question.

Not that it really matters in the big picture I guess, he’ll be spending most of his life behind bars now…he’ll have far more time to contemplate such things.

You simply can’t thumb your nose at the Feds in such an outright manner and have any hope of not getting caught.

Apparently they busted him because he was using a gmail account with his regular name seeking a programmer for Silk Road and because he had multiple fake IDs with his picture sent to his address. What a dumbass.

Specifically in one case that confirmed who he was, he asked a technical question under his real name that had to do with keeping SR untouchable on TOR in a forum and quickly changed it when he realized what he had done.

Thing is, they knew who he was right when he got SR up off the ground…the found the original posts he had made pumping SR under a pseudonym and did basic detective work to find him…then they did what they do…sat and watched, documented, etc.

The agent working the case also works Anonymous and has some technical skills and is talented.

Let’s put it this way, the Feds can literally pay someone for years to do nothing but crawl up your ass if they want to…and no matter how smart any individual is, they are still human and will make mistakes over YEARS…and the Fed with unlimited resources will eventually catch them.

That doesn’t necessarily make the Fed competent, or good at its job all the time….it just means that anyone/thing with enough money will always accomplish their goal.

This young man made a business model out of continually violating US law(whether the law is moral is a separate issue), but further, if he would have somehow stayed below the radar(probably impossible with his model), meaning no interviews with Forbes, commentary on how evil gov’t is(regardless of it being true), etc., MAYBE he doesn’t get someone assigned to him 24/7 and gets away with it.

I still have my doubts…any ongoing model that operates in such a way will eventually get found out.

Better to try to be Walter White than Gustavo Fring, but even White didn’t get out early enough obviously. :)

I think the only way it would eventually work is if it’s operated in some country outside the US’s area of influence. Otherwise, they are going to eventually catch on, unless the operator is 100% airtight at all times,which is going to be almost impossible to pull off. This guy was stupid for using his own name on his emails and his post on a TOR forum where he first used his real name (that was bright).
And you are right that it didn’t help him that he was essentially boasting about flipping off the feds and daring them to catch him with the Forbes article, etc. Throw in his very stupid attempts to order hits (99% of anonymous hitmen are probably informants or agents) and his house of cards tumbled.

I dont know. Obutthead has basically stood down on the local front of the consumption and distribution. It will be interesting to see which side of the libitards picks it up after the regime change. Hmmm….

Illegal purchases of drugs,sex,guns???-Even if YOU think they should be legal,they’re not.

If you’re engaged in this ‘underground economy'(crime),the big bad government doesn’t need to bother,but your neighborhood police might,and they have the right to hack you…

“It’s about the federal government protecting its ability to keep the money presses rolling with no interference.”
No, it’s about lost tax revenue…

What is so funny about that? Just curious. There is a market for bitcoins. They are bought and sold on an open market. They have value because people pay money for them.

Value, agreed (that lemmings will always pay). But i thought the feds knocked that whole bit coin thing down last year?

No, I think they just just shut down an operation that was overtly laundering money using it.

Who is harmed during voluntary exchange?

Drug addiction is terrible, but prison and a criminal record literally adds insult to injury. Addicts need to go to rehab, not jail.

If you support the FBI’s actions in this case, you endorse theft and are responsible for the country’s loss of liberty.

To hell with rehab. Give 10 pounds pure, then check back in a day or so.