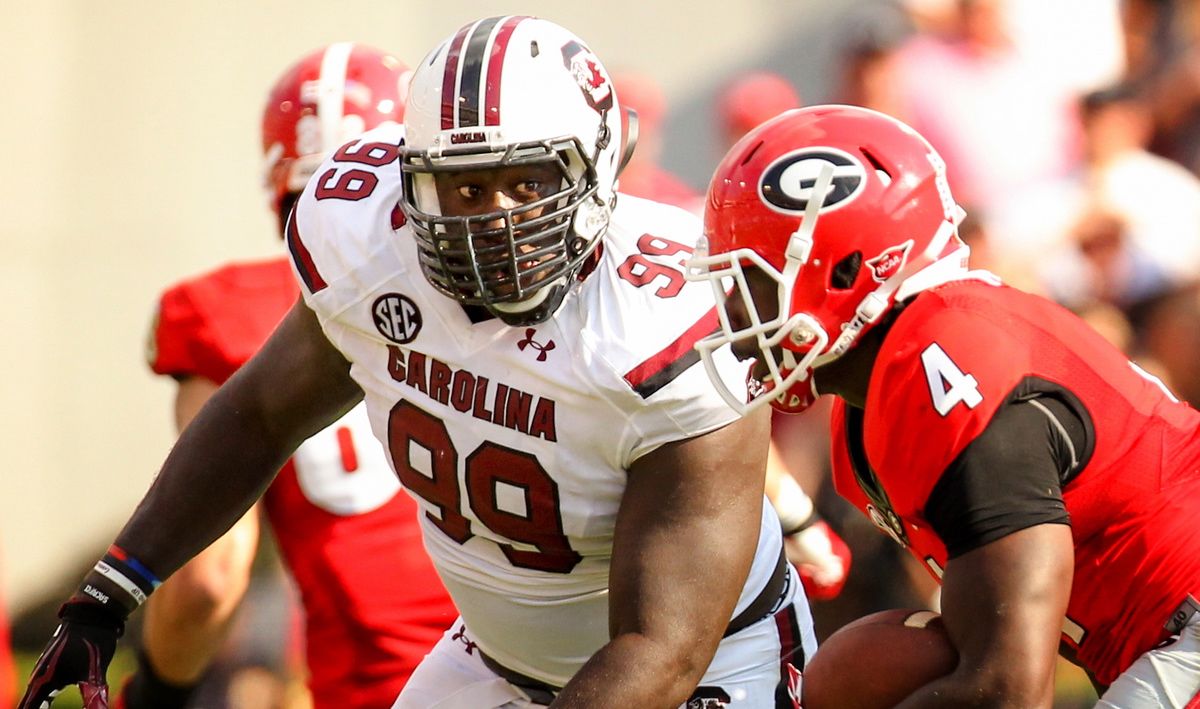 The University of South Carolina football team has a big, bruising offensive line and a pair of tough, talented tailbacks running behind it. Head coach Steve Spurrier’s squad also has a solid wide receiver corps, three of the best tight ends in America and two game-tested starting quarterbacks in Connor Shaw and Dylan Thompson.

A big problem? Defense. South Carolina was shredded between the hedges in Athens, Georgia last week by SEC East rival Georgia – which put up 41 points and 538 yards against coordinator Lorenzo Ward’s crew. Preseason Heisman Trophy frontrunner Jadeveon Clowney? With the exception of one big sack he simply wasn’t a factor – as Georgia offensive coordinator Mike Bobo ran his stud running back Todd Gurley away from the All-American all afternoon.

The result? Some frustrated coaches …

Vanderbilt (1-1, 0-1 SEC) heads into Williams-Brice Stadium this weekend coming off of its best season in 98 years – looking to upset a Gamecock squad it hasn’t beaten since winning back-to-back games in 2007-08.

Second-year head coach James Franklin‘s team put up 35 points and 426 yards against No. 25 Ole Miss two weeks ago – with first year starter Austyn Carta-Samuels (a transfer from Wyoming) throwing for 300 yards and a pair of touchdowns. A trio of Vandy running backs also gobbled up 119 yards on the ground.

The bad news? Carta-Samuels threw a pair of picks and Vandy’s defense coughed up 489 yards and 39 points to the Rebels – who escaped with a narrow win on the road in Nashville.

South Carolina has been installed as 13.5 point favorites in this game – and we’re projecting they clear that threshold with a few points to spare. In fact assuming the Gamecock defense wakes up, this game could be a rout. But as we noted earlier this week,  South Carolina struggled on the road last year against the Commodores – eking out a 17-13 victory in Nashville on a fourth quarter touchdown run from former running back Marcus Lattimore.

So anything can happen.

After a remarkably successful 2012 season (and a decent start to 2013), FITS has missed its last two picks badly (here and here).

Hopefully this is the week we get back on track …

TBG can see this game going either way… but will pick Sakerlina in a blowout. 47 – 17.

TBG – while hoping to be wrong– sees the Tide rolling over the Aggies by at least 2 TDs!

‘shredded between the hedges’