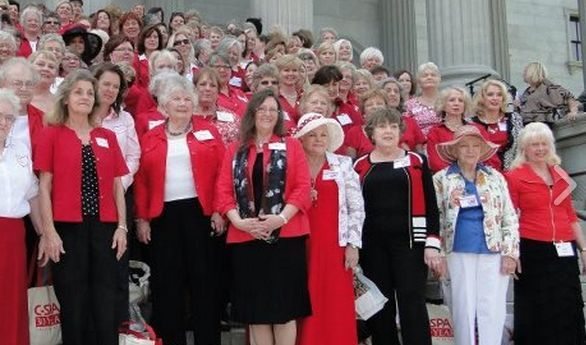 The leader of the S.C. Federation of Republican Women (SCFRW) is banning the group’s members from expressing their displeasure with the state’s GOP incumbents. In an email to the group’s members this weekend, president Charm Altman informed them they would not be allowed to introduce resolutions critical of “currently elected Republicans.”

“I do not want any negative resolutions,” Altman wrote. “If there is a candidate your club wishes to pass a resolution concerning negative feelings do so, but until after the primary we support our currently elected Republicans.”

Last time we checked it was the job of party organizations to remain neutral during primary elections – not play favorites.

Altman is no stranger to toeing the line on behalf of establishment Republicans. Less than two weeks ago she made news by banning critics of U.S. Sen. Lindsey Graham (RINO-S.C.) from attending a breakfast event in Mount Pleasant, S.C.

The conduct of the SCFRW is frankly surprising considering Graham’s record is so anti-Republican – and considering one of his primary opponents is a woman.