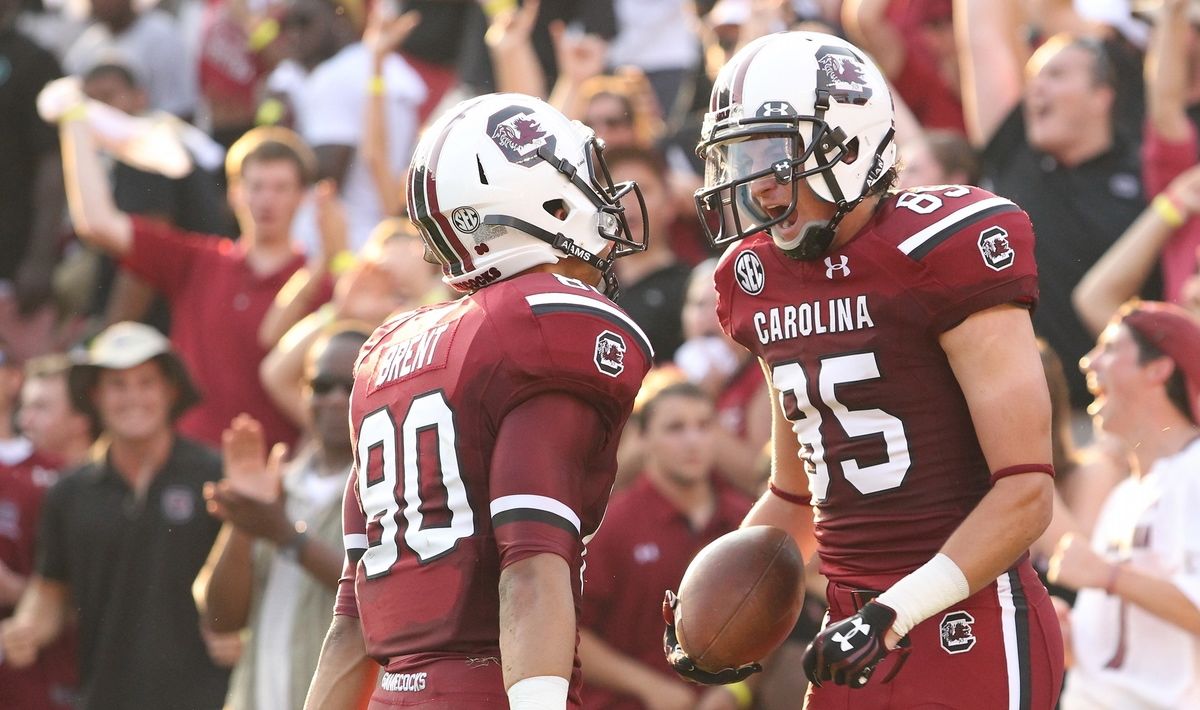 The University of South Carolina has beaten SEC East rival Georgia three times in a row – including a 35-7 dismantling of the Bulldogs in Columbia, S.C. last October. Also this year’s Georgia squad looked substantially less-than-impressive during their season-opening 38-35 loss to Clemson.

The Bulldogs’ offensive line in particular turned in a dismal performance – giving up four sacks against the Tigers. Now they’ve got to line up against Heisman Trophy candidate Jadeveon Clowney and a ferocious Gamecock front four. Clowney in particular is going to be out for blood after he turned in a less-than-impressive debut against the University of North Carolina last Thursday (reportedly due to the lingering effects of a stomach virus).

Mark Richt says he’s not worried about the Gamecocks’ defensive line because Georgia’s offense will be playing at home and the Bulldogs won’t have to rely on silent snap counts the way they did against Clemson (due to crowd noise at Memorial Stadium).

Really? We think Richt’s faith in varying cadences may be misplaced …

Making matters worse for Bulldog fans, Georgia’s offense will be without last year’s second-leading receiver Malcolm Mitchell – who was lost for the season after injuring himself during a post-touchdown celebration on Saturday. The Bulldogs have players who can (and should) step up, but Mitchell was one of quarterback Aaron Murray’s favorite targets – and he turned in a solid performance against USC a year ago.