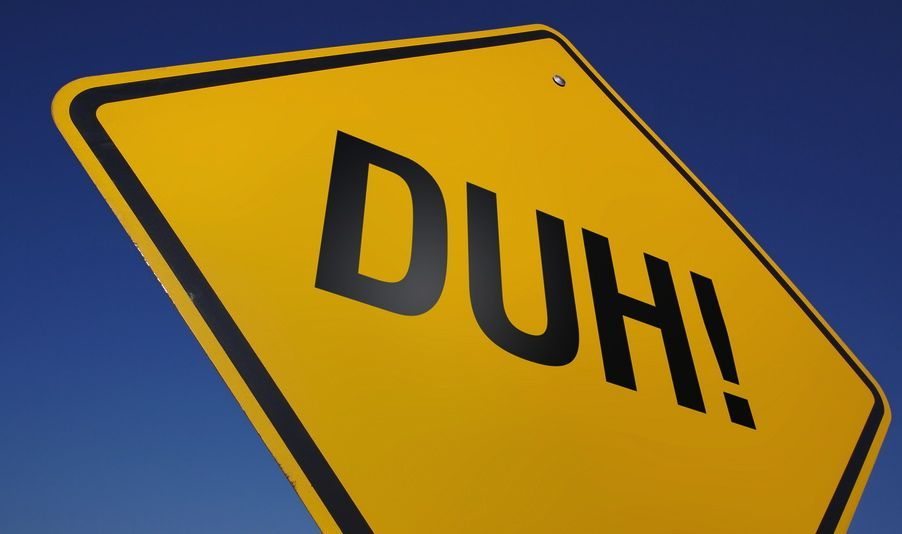 Reporter Jamie Self of The (Columbia, S.C.) State newspaper has a lengthy (if not “big”) story up this weekend in which she reveals that legislative leaders in the S.C. General Assembly receive more in campaign contributions than rank-and-file members.

“Climbing the leadership ladder in the S.C. General Assembly pays fund-raising dividends for powerful lawmakers, according to campaign finance reports filed with the S.C. Ethics Commission,” The State reported.

In fact the story goes on and on … for more than 2,200 words. All to reinforce this basic premise.

Look, we’re all for hard-hitting investigative reporting but come on … this isn’t Woodward and Bernstein, it’s Captain Obvious.

Powerful lawmakers get more campaign contributions than non-powerful ones?

Stop the presses! (No seriously, somebody stop them … or else they will shock the world by revealing that rain is wet, or cats have whiskers).

With all due respect to The State, ridiculously conceived “investigative” reports like this are a total waste of journalistic capital. Of course we all know what happens in this state when reporters dare to do any real investigative reporting …

Don’t Mess With The Lioness

Malcolm Mitchell: Out For 2013

Truly, the State Newspaper could not find an interesting, worthwhile story if someone wrote it in blood and delivered in a limo.

This Jamie Self person writes like she is an intern.

Hey, you think that is bad, The Sun News once had a stringer who doubled as an AP stringer who was actually an intern at the Myrtle Beach Area Chamber of Commerce. At the same time that David Wren was doing some serious investigative reporting on Coastal Kickback. Cognitive dissonance and conflict of interest much? How many of Wren’s pieces critical of the chamber and city dyad do you think ever got picked up by AP? A grand total of one, out of a couple of dozen.

If the State Newspaper were a car it would be a Ford Pinto.

Ever see a dead fish wrapped in a computer?

She is learning from the Cracker Jack journalist Adam Beam. If it didn’t come from another source, then it doesn’t get written. No independent thought from Moe (Beam), Larry (Self) & Curly (Shain). Maybe they can get some pointers from Scoppe

Adam has to be the worst journalist in SC. Does he write anything that isn’t a Democrat Party press release? What a hack.

I would agree it was a waste to report the obvious if anyone was doing it. But no one is. In my opinion, since Citizens United was decided, special interests are openly bribing Legislators at the state and federal level. Howard Rich is a prime example, which is why you will never see it reported accurately on this “pay to say” site. Money is flowing to or for the benefit of Legislators who are willing to support a specific agenda. That is quid pro quo, and in an more ethical era of government would constitute bribery.
Legislators in states like Montana recognized that and have tried to fight back. Legislators in states like SC just sit back and enjoy the ride., because who knows when the people will put an end to it.

What happens to reporters who dare to any real investigative reporting? Was that the question? How about get cushy government jobs like, I don’t know, spokesman for the S.C. Department of Health and Human Services like the gig Largen landed. Some punishment.

When you sit back and you think about the lack of informational awareness that the fine men and women have at your institution, do you ever wonder to yourself if wars are worth fighting if no one ever WINS ….except those few who “wager” on it..?

Furthermore, do you ever get yourself into a history class and review why President Eisenhower warned citizens to beware the Military Industrial Complex..? Just re-read this piece by Wil Folks and ask yourself….” How would President Eisenhower view this article..?”
Ya know, I am the last person to give advice on “Officer Battlefield Awareness”; however, considering that the “Syrian Theater” may need fresh Officers, does any uniformed personnel understand how to invest in “war booty”…? If not, then why would “Alexander the Great’s” troops have ever followed him into Battle…?

If you need a clue to answer…..you may want to watch a child play “Syrian Mine Craft”..!