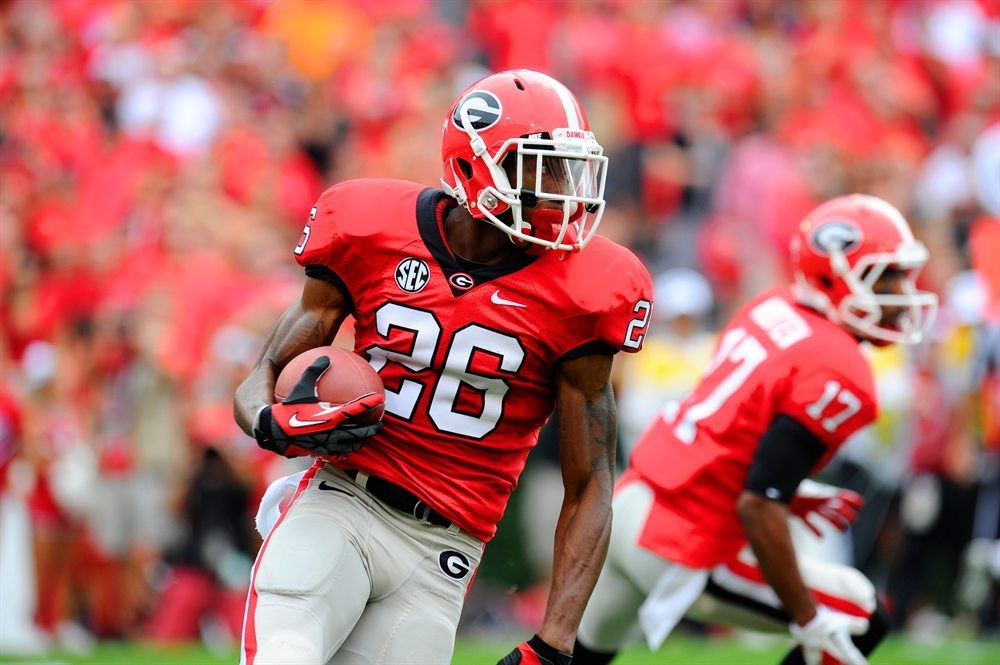 This is one injury the Bulldogs definitely didn’t fake …

University of Georgia wide receiver Malcolm Mitchell will miss the remainder of the 2013 season after tearing the anterior cruciate ligament of his right knee during the Bulldogs’ 38-35 loss to Clemson on Saturday night.

“What we thought happened did happen,” Georgia coach Mark Richt confirmed during a Sunday conference call with reporters.

Mitchell wasn’t hurt on a live play, he sustained the injury attempting an “air bump” celebration with Georgia running back Todd Gurley – who had just ripped off a 75-yard touchdown run.

What a terrible way to go down … and what an important reminder to players at all levels of competition regarding the dangers associated with post-touchdown celebrations.

A junior from Valdosta, Georgia – Mitchell was second on the Bulldogs in 2012 with 572 receiving yards on forty catches.  As a freshman in 2011 he caught 45 passes for 665 yards.

Despite losing to Clemson – and losing Mitchell for the season – Georgia has still been installed as a five-point favorite over South Carolina in Saturday’s SEC opener for both teams.  Mitchell caught three passes for 52 yards against the Gamecocks last year. He also had 71 yards on a pair of kick returns in the Bulldogs 35-7 loss.