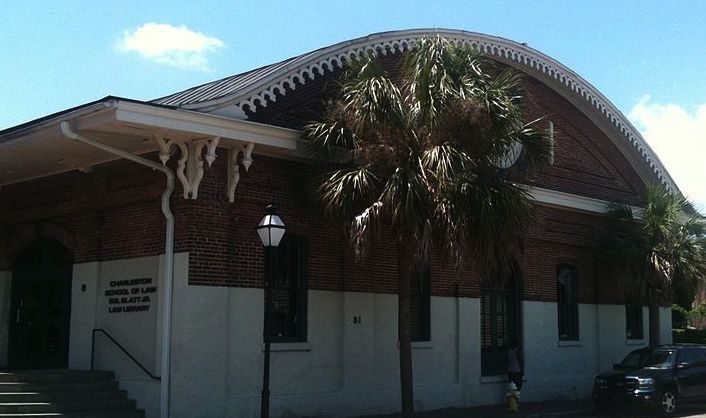 Earlier this summer, FITS exclusively reported on the pending sale of the Charleston School of Law (CSOL) to InfiLaw, an entity critics maintain is nothing but a “diploma mill.”

That story – which prompted a flood of drama (and an attempted government takeover) – came full circle this week when an email from CSOL’s dean Andy Abrams confirmed the sale.

Well … almost. While Abrams noted there was an “agreement expressing the intent of the owners to sell the Charleston School of Law to InfiLaw,” he added the school’s founders were still “open to other serious proposals.”

“ONE (1) currently ABA Accredited Law School for sale,” the entry notes. “Great location, convenient to everything! Easy access to Crosstown, I-26, King Street bars and restaurants. Off-street parking! Student body has been used.”

No word yet on whether the S.C. General Assembly will be among those making a “serious inquiry” (with our tax dollars), although they are currently calling for an investigation into the proposed sale. Specifically, S.C. Rep. Leon Stavrinakis (D-Charleston) wants to determine if any “licensing rules” are being violated by the proposed deal.

“I’m going to make sure (the Commission on Higher Education) does their job which is to evaluate this proposed sale based on the criteria set out for higher ed by the General Assembly and by the charter granted to CSOL,” Stavrinakis told FITS. ” The state has an interest in protecting the quality and affordability of higher education in the state. A law school also has a direct impact on the administration of justice in South Carolina and the state has a clear and important interest in maintaining equitable, quality and efficient civil and criminal justice systems.”

Related Topics:Charleston School of LawcraigslistcsolLeon Stavrinakis
Up Next