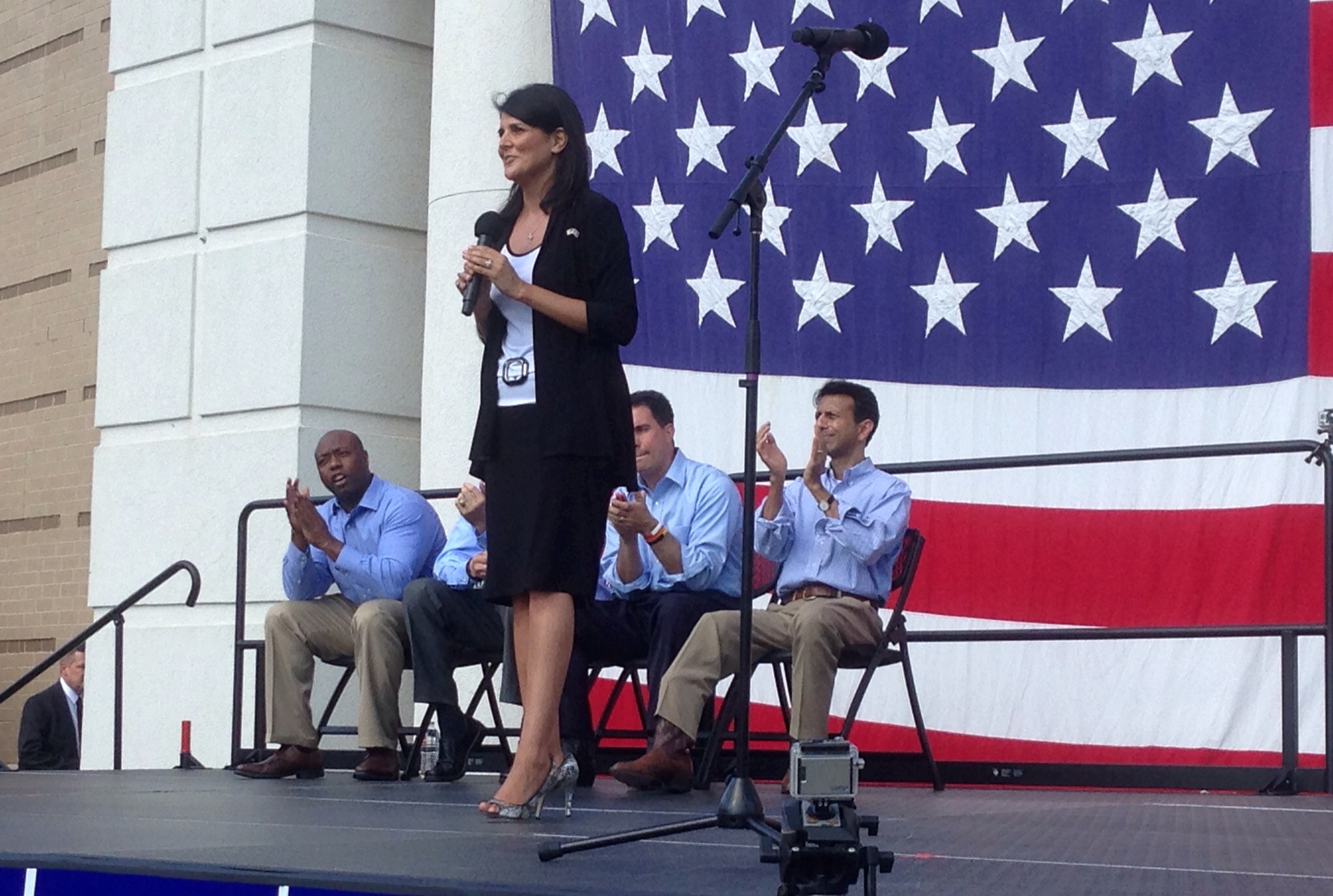 Flanked by a trio of GOP governors, S.C. Gov. Nikki Haley (RINO-Lexington) kicked off her 2014 reelection bid outside of the Bi-Lo Center in downtown Greenville, S.C. this week.

What did Lazenby think of the governor’s announcement?

“Same old GOP tripe about having kept her campaign promises on job creation despite clear evidence to the contrary in SC’s unemployment numbers,” she told us.

Indeed. Democrats have been pounding Haley on her economic record (or lack thereof) for weeks – aided by the Palmetto State’s less-than-stellar recent employment reports.