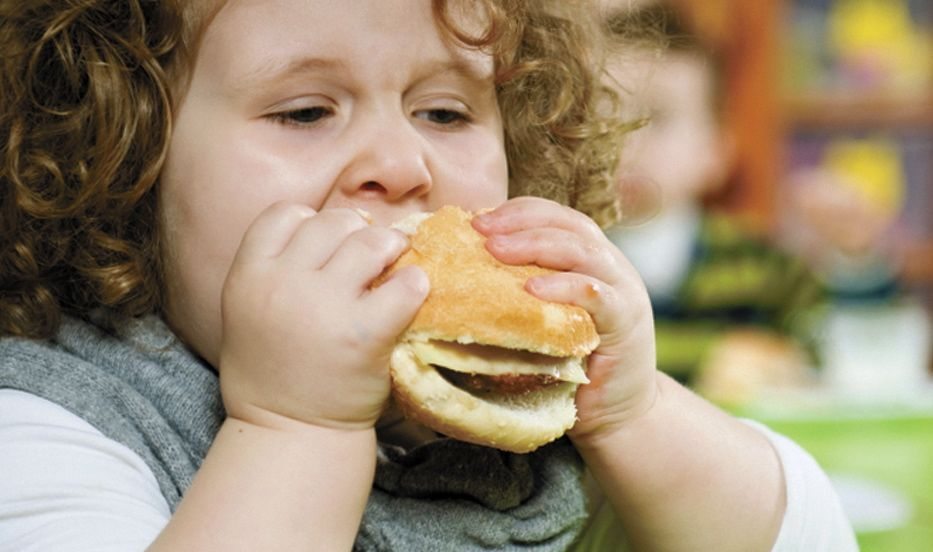 According to a study released earlier this month by the U.S. Centers for Disease Control (CDC), South Carolina saw its childhood obesity rate climb from 13.3 to 15.6, the largest gain in the entire country. In fact no other state saw its rate climb by more than 1 percent over the study’s four-year period.

Curiously, the Palmetto State’s data was not included in the original CDC report because – get this – the federal government’s request for data went to an inactive email account at the S.C. Department of Health and Environmental Control (SCDHEC) in 2011.

S.C. Gov. Nikki Haley declared a “war on fat” more than six months ago. How’s it coming along? It isn’t …

Haley’s administration came up with precisely one idea … which it has yet to even attempt to implement.

I made a run to Walmart to get the ingredients, and after cooking it I put the bowl on my front porch to cool. Half an hour later I took a cup of coffee to go with the McCheetonickers – but it was gone. Looking around for the thief, I saw a guy repairing a pothole with it! DAMN !!

Well it’s not for our giving them ideas?? We’ve worked with extremely overweight kids at Louieskids.org for 12+ years (soon to be thirteen). Other than asking for a waiver on food stamps why not help us implement programs like Runbuddies or Fit Club and get the behavioral, emotional, physical and nutritional support these kids need? 500 lb. kids (and literally we have seen plenty -GO TO OUR WEBSITE) will go right to disability at 18 -we have seen it time and time again. It’s time for ALL of us to act.
Louis Yuhasz-Founder/CEO
Louieskids.org

How about we don’t do squat and arrest the parents that don’t tell their children “Put down the dang McCheetonickeers, put away the Nintendosegatronsp3 and get off your fat but. Go down to the crick and catch us some dang mud bugs for supper!”

That photo makes me want to drown young children to save them from turning into whatever that is.

Amen. At least some swimming lessons.

This is a repeat from a previous discussion on obesity–
——————————————————————
On a personal visit to Walmart I counted the aisles containing what we may consider “junk food” which included candy – crackers – chips – sodas & other nonjuice drinks – other sweets, etc.

Pacing off each aisle I determined that there were 7 aisles (counting each side as 1 aisle) that were 100% junk food . Other partial aisles and special displays I estimated to be the equivalent of 4 additional aisles, giving a total a 11 aisles at 55 feet in length, 7 feet high and 2 feet deep.

This entire inventory of junk food, if placed on the Gamecock football field, which is 53.3 yards wide, would cover it to the 17 1/2 yard line.

This is only ONE STORE and every item can be purchased with food
stamps!

That photo makes me want to drown young children to save them from turning into whatever that is.

And so many people want to provide free universal health care to these people. Do they even deserve it? I think not.

We need an order of magnitude increase in education pronto!!! And kick the cheeseburger out this animal’s hands so he/she/it has a fighting chance at one day being a man/women/non-it.

I am fat. I have been battling obesity since I contracted the “other” Type II Diabetes. That’s the one nobody ever talks about, because it would make the self-righteous assholes, who preach about losing weight, look bad. You get it and you get fat. I weighed 155lbs and ran 3 miles a day when I contracted it. I still only eat about 1,500 calories a day, and exercise. Now, I weigh 310lbs, most of it water.

I’m telling this for one reason – you, and most doctors, don’t know why a person is or isn’t fat. Most of the time I make jokes and enjoy looking like Santa Claus, and that’s fine for me. My Zen is the knowledge of what and who I am. But there are people out there whom you might really do damage to, all the while thinking you are doing them a favor, berating them for being a lardo. (I pay for my own medication, too, BTW, and earn my living every day.)

In my case, and in the case of a surprising number of others, one size does not fit all.

I’m fat too. My problem is McCheetonickers though. I know it and own it. Go to the gym now 5 days a week. It’s working too. If I hit 210 I’ll be pleased as punch.

I bag on fat a lot, but I know there are reasons that are beyond our control. Thyroid is a biggie. Good Luck to ya. :)

Are McCheetonickers underpants worn by cheasypoofs at a popular hamburger “restaurant?”

I think its chicken nuggets, cheetos, and snickers…? Sounds like an amazing lunch

Thank you. I looked in my dogeared Google, but could only find a circular reference to this website. I salute you.

A mother had great difficulty with her son’s eating habits. The child refused to take so much as a bite of food. At the mall another woman told her she had the answer to that problem.

“Your son is five years old, right? He doesn’t eat because food has no fun for him. Tell him a story during meals. He’ll eat.”

At dinner the mother sat her son down and started to tell him a story. “Once upon a time … drink your juice.”

The boy drank his juice.

“Once upon a time there was a boy named Jack … take a
spoonful of your green beans.”

The boy at his green beans.

“Now Jack lived with his mother … eat your mashed potatoes.”

The boy ate his mashed potatoes.

“Jack was a good boy … butter on the bread.”

The boy is now seven years old. He’s never heard the end of the story, but he weighs two hundred and twenty pounds!

Brilliant!. You and Bubba and Frank make my day’s sunny and bright and all my Christmasses umm… er.. non-racially clear..

Well, I hope it’s not offensive to anyone – sort of a shaggy dog story. This is a story from the uncle of one of my Jewish girlfriends. It’s really Jewish humor, but I changed it a little bit. Her uncle was a very real character who looked just like Mickey Rooney, and he had a fun hobby of presenting routines for various Jewish organizations. Her mother also played a very clever prank on me, but that is a story for another day.