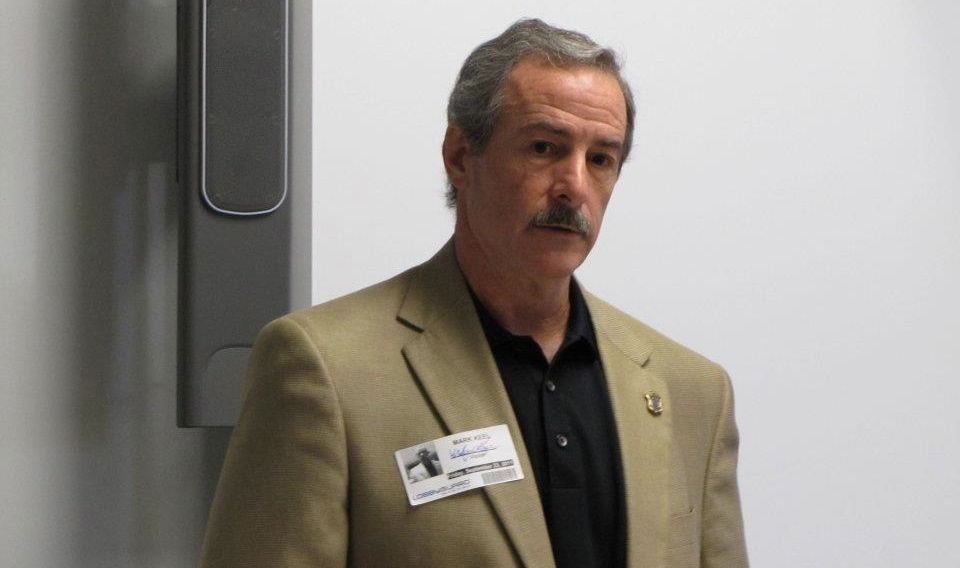 Nearly three months ago the S.C. State Law Enforcement Division (SLED) claimed that a lightning strike caused one of its database to go offline – specifically the database which contained the state’s Driving Under the Influence (DUI) dashcam videos and breathalyzer records.

According to the agency – which is part of Gov. Nikki Haley’s cabinet – no data was lost in this brief “outage.”

This week, however, we learned SLED is the latest Haley agency to offer up something substantially less than the truth to the public. Obviously that’s unacceptable for any agency – but it’s downright inexcusable coming from the agency tasked with enforcing our state’s laws.

Anyway, SLED got caught in its lie when a member of the S.C. Association of Criminal Defense Lawyers (SCACDL) researched weather reports from the day of the outage and determined no lightning strikes came anywhere within three miles of SLED’s Columbia, S.C. headquarters.

This week SLED finally admitted what everyone knew: There was no lightning strike. It also admitted several additional systems were compromised in the as-yet-unexplained outage. However it is still sticking to its claim that no data was compromised even as multiple information technology sources disputed that contention.

Does anyone take this agency at its word anymore?

“The willingness of South Carolinians to accept unsubstantiated and self-serving excuses from their government officials walked right out the digital door back in November along with those 6.4 million tax records that were hacked,” said SCACDL representative Patrick McLoughlin, referring to the massive data theft scandal at Haley’s Revenue Department (SCDOR).

Speaking of that debacle, SLED has yet to apprehend anyone in connection with the SCDOR breach – or even release its report outlining what happened. The agency – like Haley’s office – keeps refusing to answer questions as it refers to an “ongoing investigation.”

Additionally, SLED has been selective in its enforcement of the state’s video poker ban – choosing to sit on compelling evidence of criminal activity on the part of corrupt politicians and crooked cops for several months.

Eventually the agency got off of its ass … but only after it had been shamed into doing so by the press.

This website supported Haley’s nomination of Mark Keel to the position of SLED chief two years ago. In fact we stuck up for him when his integrity came under attack during his confirmation hearing before the S.C. Senate.

Clearly our faith in him was misplaced …

There have been public calls for SLED to permit an independent review of its handling of this latest scandal – and we support such a probe. But this is bigger than just one lie. This is an agency which is rapidly losing any semblance of credibility with the public – which is truly unfortunate because this is the one agency which needs to have the most credibility with the public.

Haley and Keel — do you hear the drum-beats echoing from the hills?

Well Boy and fucking Howdy, Sic. How many people told you Keel was a crook back then? How many? Oh, not the right people said it, I guess. Only people who had been fucked in the ass by him six ways from sundown — including those involved with the biggest unresolved scandal in modern SC history, the Southern Holdings / Holt-Spencer mess. Of course, THAT one was championed by Jeff Sewell, so naturaly you dismiss it out of you usual territorial brand of arrogance. I know those of us who don’t kiss your ass get on your nerves, but try looking past your ego sometimes and realize that real people with actual brains out here among the mouth-breathing inbreds you prattle on about have solid knowledge you don’t have of major corruption and cover-ups in this state. Then maybe you will treat loyal sources a little better.

That hat makes your face your fat. And so does the beard. Are you, perhaps, “obese”? Do you eat in excess? Consume large quantities of alcoholic beverages?
http://www.chartermentalhealth.com

SLED is actually not a “Cabinet” agency. Unlike Cabinet agencies (e.g. PRT, PPP, LLR, etc.), the Governor cannot dismiss the agency head without cause. It is a distinction with a difference. Once appointed, the SLED chief has much more autonomy than a Cabinet agency head.

SLED is still a state agency that receives its funding primarily through the state legislature and by default, one Bobby Harril, which SLED is supposed to be investigating. Can we say conflict of interest?…

Never trust a man with a mustache. He is always hiding something.

I just googled it, never trust a white man with a mustache, or a black man without one. Funny.

He was never going to jail anyway. Pebble in his shoe and all. Solid defense.

SLED is now comprimised! Any defense attorney worth a shit will use this to question ANY and ALL testimony, by SLED, presented in court. Once you have lied and that lie confirmed, anything else will be questioned, as tainted.
I’ve said it before and will again Keel is Haley’s and Jean Toals “Bitch”!
He will bend over and take one for the gipper. He will advise and cover up to kiss political ass. He will start an investigation and do all possible to discredit an opponent of his political friends, or help one in court.
I know of one divorce case, Keel started an investigation on the unfavored side, for political reasons.
I also know of an employee he threatned with his job for solely personal reasons.
There is no honesty and integrity in the leadership there anylonger. They cannot be trusted.
Danny Frazier bragged about having Law Enforcement on “lock down”!
As Fits said, SLED took the infamous Frazier tape and began an investigation, ONLY after being forced into it when the tape was uncovered by the media. Our little Joe (Alan Wilson) Attorney General would be considered Law Enforcement also. Alan bragged about hunting on Frazier’s farm. Sold out cheap for a hunt?
I guess SLED and the Supreme Court, as well as the Attorney General are ALL on “Lock down”, and in Frazier’s pocket too!
Just more of Danny’s “HOs”!

Haley and Keel – sounds like lightning did strike – both of them – right up their rear ends. Burn scars stay visible for a long time, if anyone is looking.

Keel is now ammo for any opponent of Haley’s to use to undermine her. She is better off replacing him now. To keep him around speaks volumes as to just how bad all the corrupt and back door politics has become. These lies dished out by SLED and all the history in Keel’s closet can destroy Haley. Anyone in their right mind would send him packing.

Someone once wrote what S.L.E.D. (Sorry Law Encorcement Divison) actually stands for and I have come to believe it based on their incompetence or purposely screwing an investigation up so the outcome would be favorable to the political individuals that are the focus of an investigation. Not to mention the unfortunate individuals that are targeted by this agency and their lives ripped apart for political reasons when their is no case from the start. If the political people in the lexington gambling ring are not brought to justice, it will be because sled obstructed justice.

The reason they can find the hacker is because they have been hacked…these morons in office don’t understand it takes funding, for staff (fair)pay equipment and training all they know is government is evil and must be drowned in the bath tub like the idiot Norquest says..keep voting Teabaggers folks they like to keep you stupid..

The reason they can find the hacker is because they have been hacked…these morons in office don’t understand it takes funding, for staff (fair)pay equipment and training all they know is government is evil and must be drowned in the bath tub like the idiot Norquest says..keep voting Teabaggers folks they like to keep you stupid..

Has Alvin Greene been released from jail yet?

He should resign today.

Remember — SLED is also investigating S.C. House Speaker “Bobby Harrell.” … Of course, even before that investigation is ever completed (like as long as two years from now) everybody already KNOWS the final results of the same. There is absolutely ever reason under the sun NOT to believe anything that comes out of the mouths of SLED. They are like “paid” whores who are told what to say and when to say it; even when it is illegal, and in some cases “criminal” to do so.
Yeah, Bobby Harrell screams to be investigated by federal agents and a federal prosecutor from OUTSIDE the state of South Carolina. In my opinion, if he is – he will be facing 3 decades behind bars.
Everybody out here is sick and tired, and fed up,over all the bs in government that has been going on. We do not want to hear anymore excuses; there are none. We want heads of government entities to roll, entities fired, government employees sent to prison. And nothing less. So knock off all this lying crap and everybody join forces to CLEAN OUT THE MESS.

I saw Mark yesterday. He was having to deal with a family matter. He could not have been more considerate, kind, nice and did not ask for special favors from the service providers in any way. I wanted to ask him about being Jean Toal’s bitch and continuing the Robert Stewart tradition,but decided against it considering the circumstances. he knows he has to keep the judiciary happy to look good in the courtrooms around the state. I wanted to ask if Gov. Haley knows who much he plays to the Democrats but didn’t it. It’s going to come out lsooner or later.