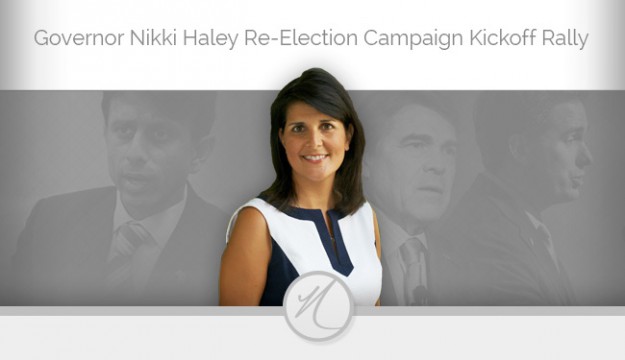 The past half-decade has not been an easy one for our nation. Through the financial crisis and the deep recession that followed, we have watched the Obama Administration flounder and bounce from one so-called “solution” the next.

The result of this incompetence has been predictably poor: a stagnant recovery, listless job numbers, and Americans who have given up trying to find a good job.

In South Carolina, we chose a different path. When I became governor, I made a promise to the people of South Carolina that I would eat, sleep and breathe job creation. I could do this because our great state has all the tools to be successful.

Our jobless rate has dropped to a new 5-year low, we’ve announced 36,000 jobs in 45 of 46 counties, and South Carolina tops the list as one of the fastest growing economies in the nation.

Our outstanding companies, our loyal and dedicated workforce, and our competitive business environment have our economy turning again. There’s no doubt that South Carolina is on the move, and I couldn’t be more excited about the great things in store for our state.

I’ve kept my promise to the great people of South Carolina, and it’s here that I will stand my ground and humbly ask the people for their blessing and support to continue to lead as Governor.

Together we have shown that South Carolina is open for business. We stood up to powerful union bosses who used President Obama to try to shut down our Boeing plant. We passed tort reform and capped punitive damages on costly, anti-business lawsuits. And there’s no state in the nation fighting harder against ObamaCare, a spending disaster our state does not want and cannot afford.

This tells me that our strategies are working: grow manufacturing, grow jobs, get people back to work. That’s why I want to continue representing you and this great state as Governor, and I would be honored to have you stand by my side.

Even though we have come far, we still have many more miles to travel. I want to keep doing the hard work to make sure South Carolina is the best place to live, raise a family and do business in America.

It’s a great day in South Carolina, but only if we make it so.

(Editor’s Note: The above communication is a news release which does not necessarily reflect the editorial position of FITSNews.com. To submit your letter, news release, email blast, media advisory or issues statement for publication, click here).