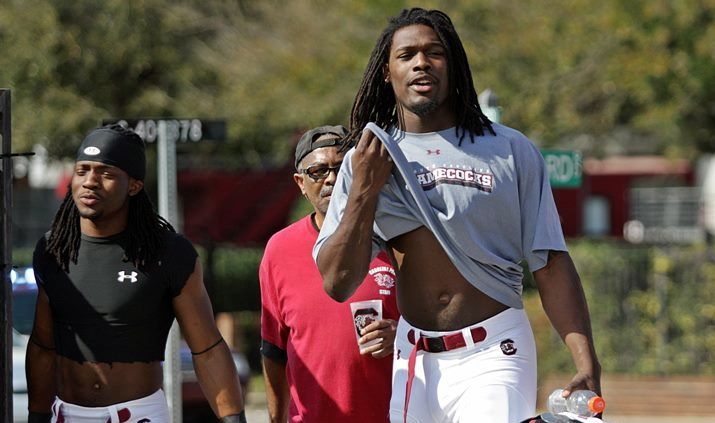 University of South Carolina superstar Jadeveon Clowney is reportedly in talks with rapper Jay Z about signing with his Roc Nation Sports label.

Founded earlier this year, the company manages the careers of athletes like New York Yankees’ second baseman Robinson Cano, New York Giants’ wide receiver Victor Cruz and NBA star Kevin Durant, among others. Apparently the contact between Jay Z and Clowney is permissible under NCAA rules because the mogul is only offering Clowney information about his firm’s marketing services.

Jay Z was recently certified as a players’ agent with both the National Basketball Association and Major League Baseball. Were he an NFL agent – which it appears he will be in short order – his contact with Clowney would be a violation of NCAA rules.

Clowney is currently projected as the No. 1 overall pick in the 2014 NFL draft. In fact he would have likely been the No. 1 pick in the 2013 draft had he been eligible. The 6-foot-6, 274-pound defensive end was a unanimous All-American last year – setting school records for sacks (13) and tackles for losses (23.5) in leading Steve Spurrier’s Gamecocks to their second consecutive 11-win season.

Then there was his jaw-dropping hit on Michigan running back Vincent Smith in the 2013 Outback Bowl – which won an ESPY Award last week as the “Best Sports Play” of the year.

Focus on Clowney has intensified this offseason. Earlier this week, for example, we received unconfirmed reports alleging Clowney was tooling around the state in a new BMW convertible. USC officials have yet to comment on those rumors.