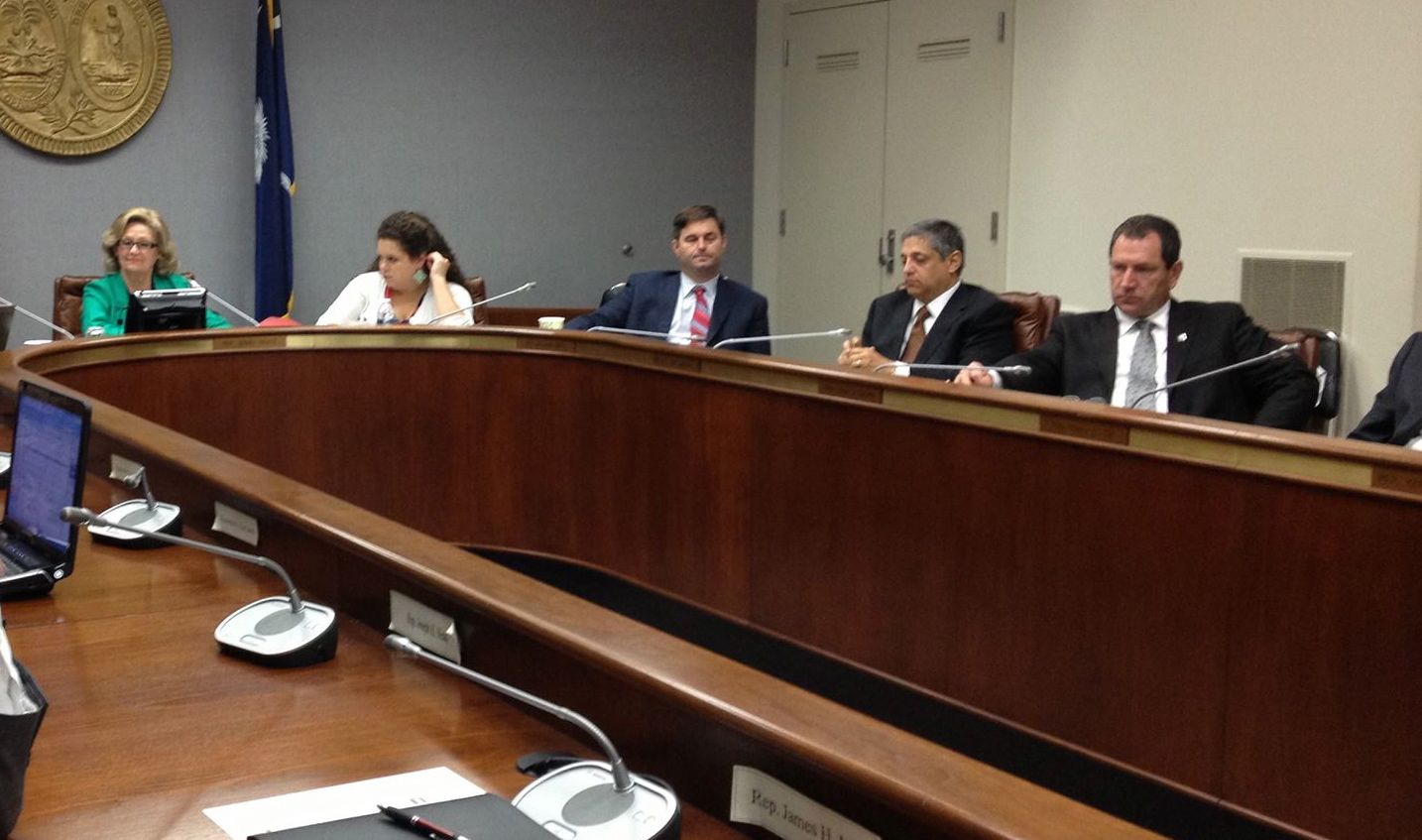 Supporters of the South Carolina “Fair Tax” are the Charlie Browns of South Carolina politics. Every year their favored legislation is introduced with overwhelming legislative support (in fact one year a majority of the S.C. House of Representatives sponsored their bill) – and yet every year the legislation goes absolutely nowhere.

Seriously … look how enthused those lawmakers are (above).

But before we talk process … let’s look at what the “Fair Tax” does first. Basically, it’s a massive tax shift which replaces all individual and corporate income taxes with a vastly-increased sales tax – spreading the tax burden around to more people and (ostensibly) encouraging economic growth by providing an incentive for savings and investment.

As we’ve stated on numerous occasions, we love the income tax elimination component of the”Fair Tax” plan – we’re just not sold on the premise that you have to replace all of that lost revenue with tax hikes elsewhere. Why can’t we cut our oversized, inefficient government instead? And then let the rest of the cut be “paid for” with economic growth?

Which brings us back to this week’s “big” hearing …

The “Fair Tax” bill was introduced in the S.C. General Assembly way back on January 8 – the first day of the 2013 legislative session. That same day, it was referred to the ways and means committee. What’s happened to the bill since then? Nothing … absolutely nothing.

After thousands of ceremonial introductions (i.e. more “pressing business”), lawmakers waited five months just to give the bill a subcommittee hearing. That’s one month after a critical crossover deadline, which means unless the law can generate two-thirds majorities in both chambers it is dead for the year. Again.

Contrast that legislative lethargy to the light speed at which aircraft manufacturing Boeing’s latest $120 million taxpayer-funded handout sailed through both chambers of the legislature and across the governor’s desk.

Yet every year, “Fair Tax” supporters swallow the whole “we’re with you, we’re really really with you” line of bull from “Republican” state lawmakers … who every year sign up en masse (once again) to “sponsor” a bill they know is going to do nothing but gather mothballs.