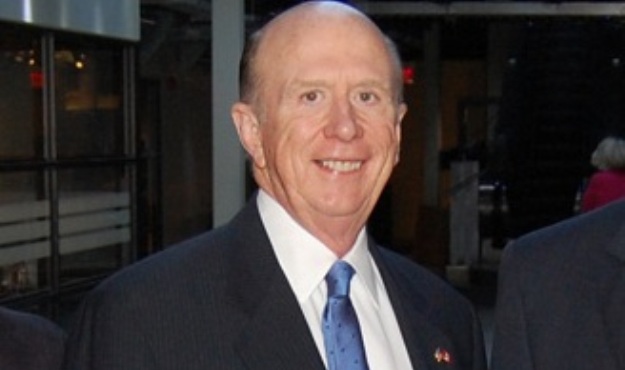 Former S.C. Speaker of the House and U.S. Ambassador to Canada David Wilkins remains one of the most revered “Republicans” in the Palmetto State – for reasons that will forever elude us.

What did Wilkins accomplish during his 11-year tenure as Speaker? Not much … in fact along with his successor Bobby Harrell and Senate leaders Hugh Leatherman and Glenn McConnell, he’s among those who bear the most responsibility for South Carolina’s infamous “Lost Decade.”

Wilkins was a big-spending crony capitalist – a political and moral hypocrite who boasted of his “conservatism” as he poured larger and larger sums of taxpayer money into a big, broken and overbearing state government. He also carried on a thinly veiled affair with one of his senior staffers while he championed “family values.”

Anyway, Wilkins was elected by Clemson University to a lifetime seat on its 13-member board of trustees on March 28, 2007. On July 17, 2009, he was unanimously elected to a two year term as chair and was re-elected in 2011. He is currently serving as the board’s chairman – overseeing an entity which is slated to receive $852.9 million in the state budget for the coming fiscal year.

Bear in mind that Clemson’s lifetime trustees are totally unconstitutional – flagrantly violating a constitutional ban on lifetime appointments for “officers of the state.”

Also bear in mind that taxpayers’ massive investment in Clemson has produced nothing but declining achievement and rising tuition.

But violating the lifetime appointment ban isn’t the only law Wilkins is reportedly breaking. According to our sources – including multiple lawmakers who have received direct appeals from their former leader – Wilkins is actively lobbying the S.C. General Assembly on behalf of several taxpayer-funded clients.

Among them? Coastal Carolina University and the S.C. State Ports Authority (SCSPA).

State law – specifically code section 2-17-110 (D) – prohibits members of state boards from lobbying. Meanwhile section 2-17-10 (13) specifically defines a lobbyist as a “person who is employed, appointed, or retained, with or without compensation, by another person to influence by direct communication with public officials or public employees.”

This isn’t the first time Wilkins has been accused of illegal lobbying. Back in 2009 we reported on his alleged lobbying efforts on behalf of another government-funded entity – the S.C. Prosecution Coordination Commission.

Wilkins is not registered as a lobbyist. But then again neither is his fellow “life trustee” at Clemson, former Lt. Gov. Bob Peeler. And that’s not stopping Peeler from lobbying on behalf of a client before a Senate committee chaired by his brother, S.C. Senate “Majority” leader Harvey Peeler (RINO-Cherokee).

Shameful … of course this is all par for the course in South Carolina, where such behavior is routinely tolerated by a “Republican” majority busy patting itself on the back for “ethics reform.”

As we’ve stated repeatedly, we believe Clemson (and the rest of the Palmetto State’s bloated, inefficient higher ed system) should be immediately privatized. We also support privatization of the SCSPA. Until that day, however, powerful ex-politicos like Wilkins and Peeler should not be permitted to serve in perpetuity on any state board – especially not when they are breaking the law.