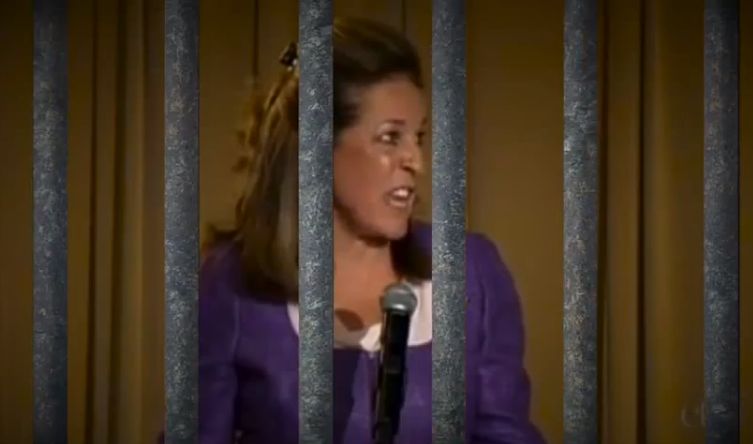 Borden was tried and acquitted for the grisly hacking of her father and stepmother in Fall River, Massachusetts in 1892. Gosnell is currently facing murder charges stemming from the brutal later term “abortions” he performed at his “women’s clinics” in Pennsylvania. Are either of them comparable to Colbert-Busch, who was arrested in 1988 on a contempt of court charge stemming from a divorce proceeding?

We don’t think so … but that’s why they call it the marketplace of ideas.

The 51-second spot – which is quite niftily-produced for a web-only advertisement – appears on the YouTube channel of a group calling itself Ghost Army Dispatches.

“Both of the candidates in South Carolina’s congressional race are crazy,” the ad concludes. “But only one of them hides it.”

The group claims its ad is paid for by the “first f*cking amendment.”

Colbert-Busch is running neck-and-neck with former S.C. Gov. Mark Sanford in the race for the Palmetto State’s first district seat – which was vacated earlier this year by newly appointed U.S. Sen. Tim Scott. The district is overwhelmingly “Republican,” although Sanford’s extensive personal baggage has put the race in play for Democrats looking to seize some early momentum in their bid to take back the U.S. House of Representatives.

Posted less than 24 hours before polls opened in the first district, the ad has drawn more than 11,000 views already.

SC-1: WTF Are They Doing Here?