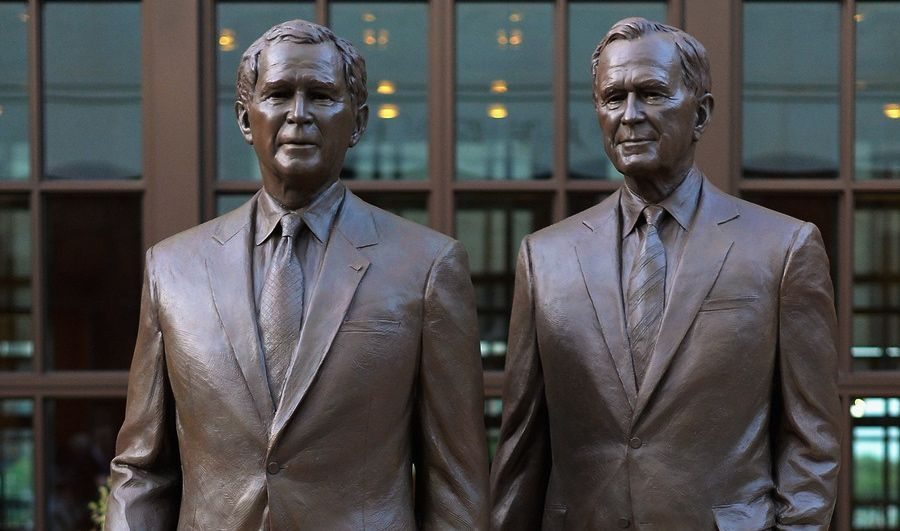 Back when George H.W. Bush was president we were too young and naive to recognize that “Republicans” were full of shit, but by the time his intellectually incurious son inherited the Oval Office – the scales had fallen from our eyes.

Together, the Bushes have helped destroy the Republican brand … and the nation’s economy.

The result? A Republic in decline …

Of course America insists on paying homage to those who screw it over, and so the elder Bush had his presidential library dedicated this week – prompting an outpouring of uninformed adulation on social media. 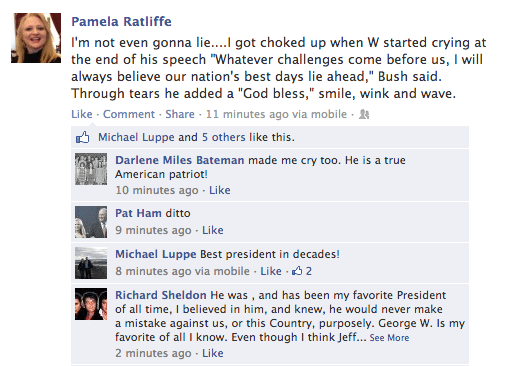 Wait … George W. Bush is the “best president in decades?”

Wow … that’s a special kind of crazy there.

Sort of like the “special kind of crazy” a tearful Bush embodied at the dedication ceremony for his presidential library when he said “whatever challenges come before us, I will always believe our nation’s best days lie ahead.”

Yeah because we’ve never heard that line before … and $25 trillion in debt, a labor force that won’t stop shrinking, unsustainable entitlements and an exploding welfare population is obviously a recipe for continued success!

Listen, when the definitive obituary of the United States of America is written (and trust us, it’s coming sooner than you might think) the Bushes will be remembered as leaders who had golden opportunities to reverse this nation’s descent into command economic welfare statism … but instead chose to slam down the accelerator.

And while the excess interventionism of both administrations certainly pales next to the neo-fascist Keynesian overload of current U.S. President Barack Obama, the fact remains the Bushes were “Republicans” who should have been moving this country in the direction of sanity.

They didn’t … which is a big reason Obama was elected in the first place, and a big reason why “Republican” means something vastly different today than it used to.

Lindsey Graham Got Kissed … By A Woman?