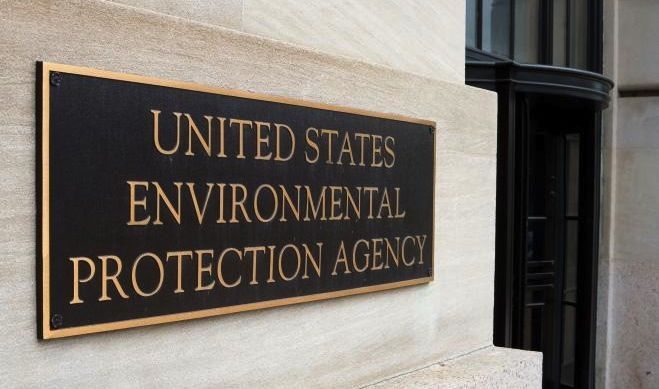 According to their collectivist worldview, profits trump safety — while “corporate greed” overshadows the greater good and the right of everyone to receive their “fair share.”

In their zeal to right these wrongs they impose all manner of regulations, distortions and disruptions upon the marketplace — a web of centralized planning foisted on (and funded by) citizens deemed incapable of protecting themselves from their own choices.

Of course these interventionists rarely acknowledge that their sprawling command economy — which propagates itself via a maze of tariffs, tax hikes, subsidies, low-interest loans, cleverly crafted contracts and political contributions from powerful special interests — is often far more insidious than the market it loves to loathe.

Obama nominee for administrator, Gina McCarthy, finds herself embroiled in just such a controversy over HFO-1234yf, a new “ozone friendly” automotive refrigerant developed jointly by Honeywell and DuPont. 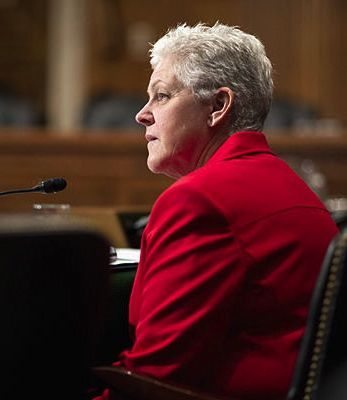 In February 2011, McCarthy’s Air and Radiation office at the U.S. Environmental Protection Agency (EPA) approved HFO-1234yf for use in American cars.

It also offers incentives to automakers using the product — such as General Motors, which currently uses HFO-1234yf in its Cadillac XTS vehicles (and European Chevy Malibus) and plans to feature it fleetwide over the next five years.

In Europe, HFO-1234yf is the only product meeting new European Union “greenhouse gas” guidelines — meaning it could be standard in more than 14 million vehicles a year beginning in 2017 (which would be worth an estimated $1 billion annually to Honeywell).

“This new chemical helps fight climate change and ozone depletion,” McCarthy said of HFO-1234yf in 2011 while serving as administrator of the EPA’s Air and Radiation office. “It is homegrown innovative solutions like this that save lives and strengthen our economy.”

Is any of that true, though? Last August at Mercedes-Benz’ test track in Sindelfingen, Germany, engineers simulated a crash in which the refrigerant was sprayed onto the car’s hot engine.

The result? The substance burst into flames as soon as it made contact.

Not only that, as it burned it emitted hydrogen fluoride, “a chemical far more deadly to humans than hydrogen cyanide, emitted in such amounts that it turned the windshield white as it began to eat into the glass.”

“We were frozen in shock, I am not going to deny it,” one of the engineers said afterward. “We needed a day to comprehend what we had just seen.”

These results — repeated in twenty out of twenty tests — prompted Daimler AG (Mercedes-Benz’ parent) to ban HFO-1234yf in its vehicles and issue a recall of cars in which the refrigerant had already been installed.

While acknowledging the “mildly flammable” nature of its product, Honeywell has accused Daimler of rigging tests to save money — as if adding an estimated $75 to a line of vehicles ranging in price from $35,350 to $206,000 would prompt widespread sticker shock.

Daimler isn’t alone in its concerns. Earlier this month Volkswagen — the world’s third-largest automaker — announced it was passing on the controversial refrigerant as well.

Even if HFO-1234yf were not a “killer coolant,” its environmental friendliness remains up for debate. When vented into the air the substance degrades to trifluoroacetic acid, a plant-killing compound that has “no known degradation mechanism in water.”

In an experiment for Germany’s Auto Bild magazine, 10 grams of this compound were exposed to a pig’s head. “Within a half hour its skin had turned grey and its eyes had become dull and milky,” the researchers found.

Aside from safety and environmental issues, the EPA’s claim that HFO-1234yf will “strengthen our economy” is also bogus. The opposite is actually true, as the compound will be produced almost exclusively in China due to its dominance in mining fluorspar — one of its essential raw materials. This is why last October, DuPont announced it had “established supply of the refrigerant from China and Japan.”

Meanwhile workers at American plants producing R-134a — the current industry standard refrigerant — face an uncertain future given that these facilities cannot be retrofitted to manufacture the new coolant. 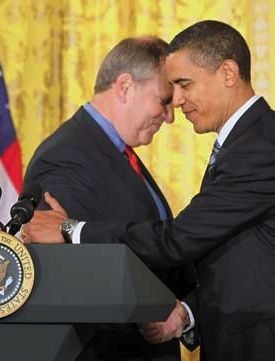 In light of all these issues why would the EPA approve and incentivize the use of such a deadly and environmentally hazardous chemical?

It is no secret that President Obama enjoys an especially close relationship with Honeywell CEO Dave E. Cote. Mr. Cote not only supported Mr. Obama’s 2009 “stimulus,” he also introduced Mr. Obama at a White House briefing promoting the plan.

“We need to get this thing done,” Mr. Cote said in introducing Mr. Obama. “As for Honeywell, you can count on us and all of our employees to be there to help support this.”

According to OpenSecrets.org, Honeywell lobbied Congress on the issue of hydrofluorocarbons from 2009-2011 — right up until the EPA’s approval of HFO-1234yf. While it’s not clear what they were pushing for, a ban on these substances would have dramatically increased demand for the new refrigerant.

Whether this is a case of crony capitalism or the “green agenda” run amok remains to be seen, but one thing is clear: Gina McCarthy approved the promotion of a dangerous product that threatens American lives and jobs.

That’s the real danger here — not global warming or a “killer coolant,” but a rogue agency and the woman who would lead it, who are willing to sacrifice consumer safety on the altar of radical ideology.

Bill Wilson is president of Americans for Limited Government. Follow him on Twitter at @BillWilsonALG. This column – reprinted with permission – originally appeared in Investor’s Business Daily.

This Billboard Ought To Do It!