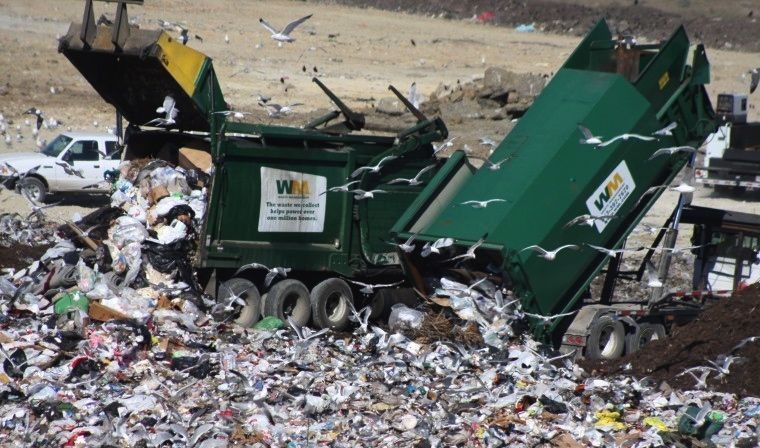 You literally can’t turn around in Horry County, S.C. without uncovering some sort of shady dealings … and this story is no exception.

Obviously corruption is nothing new in South Carolina … which means the larger story here is whether state governments have the right to force counties and municipalities to accept mountains of human feces if a majority of the local citizenry has registered its objection.

We believe the answer to that question is a resounding “no …”

On the same token, though, we don’t believe local governments ought to be in the business of running landfills – and then passing ordinances aimed at securing their monopolies. Which is exactly what’s happening in Horry County.

Anyway, that brings us to this week’s attempt at journalism by reporter Brad Dickerson of The (Myrtle Beach, S.C.) Sun News.

According to Dickerson, Horry County’s government-run landfill has spent nearly $52,000 lobbying the S.C. General Assembly this year on behalf of its trash monopoly – far less than Peeler’s “Big Garbage” allies have spent.

Are those figures accurate, though?

According to our sources, Horry County check registers show more than $850,000 going to a North Myrtle Beach lobbying firm called Beam & Associaties in FY 2011 and 2012.  In fact these amounts have been confirmed in public testimony before the S.C. Senate and Horry County Council.

We’re also told a cap of $150,000 was placed on this lobbying activity in FY 2013 after this “spending history” was uncovered.

Hmmmm … either way, that’s a pretty hefty lobbying expense for a $13.5 million annual business. Seriously … what on earth was a government entity doing devoting that much money to “lobbying?” Makes us wonder how that case was spent, to be perfectly honest …

We loathe taxpayer-funded lobbying. In fact we especially loathe it when it involves government entities competing against the private sector on something government has no business doing. Horry County shouldn’t be in the waste disposal business any more than private waste companies should be able to force Horry – or any other county – to take out-of-state fecal matter.

Sadly, South Carolina’s great “Trash Debate” of 2013 isn’t focused on either of these issues (or what’s in the best interests of citizens statewide) – it’s focused on a pair of competing special interests watching out for their own profits.

Here’s a simple one-two punch which we believe would resolve this matter once and for all. First – if lawmakers are intent on injecting themselves into the local waste disposal debate (which they clearly are), then they should pass legislation prohibiting any county or municipal government from owning or operating a waste disposal business in the first place. Second, they should refrain from passing legislation which forces counties or municipalities to accept out-of-state waste from private sector providers in the event such waste shipments have been expressly denied by duly-elected representatives or prohibited via the results of a public referendum.

In other words get the public sector OUT of the waste disposal business – and then let local governments decide the extent to which they will permit out-of-state waste in their communities.

Makes perfect sense, right? Of course it does … but that’s why it will never happen in South Carolina, at least not as long as we allow compromised politicians, crony capitalists and government-funded special interests dominate the debate …