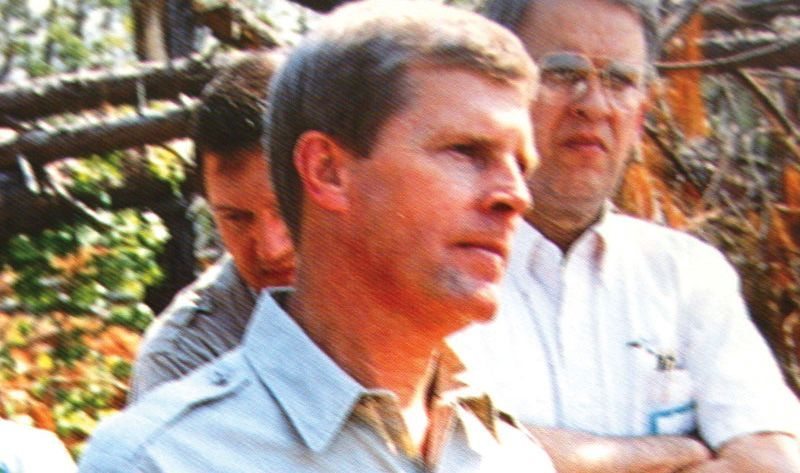 An unauthorized biography of former S.C. Gov. Carroll A. Campbell has reportedly uncovered “evidence” which suggests the former governor engaged in numerous extramarital affairs – allegations sure to enrage those who defend the legacy of the late leader.

“Sometime ago I found some evidence that suggested Gov. Campbell may have (been) a philanderer,” Campbell’s biographer told FITS. “While he wouldn’t be the first male or politician to be such it is an aspect of his life that needs to be fleshed out in any attempt to reveal the true man, clay feet and all.”

Sources close to the Campbell family tell FITS the allegations are “bullshit.”

Campbell was governor of South Carolina from 1987-1995. Prior to that – in 1978 – he was the first Republican elected to South Carolina’s fourth congressional district since Reconstruction. A bare-knuckled political brawler, Campbell is best known for guiding the state during the fallout from 1989’s Hurricane Hugo – and for championing the last major restructuring of state government in 1993. One of the most revered public figures in Palmetto political history, Campbell is credited with reviving the SCGOP and turning into the state’s dominant party.

In 2002, Campbell’s endorsement of Mark Sanford – another proponent of government restructuring – was a game-changing nod which helped deliver the GOP gubernatorial nomination to Sanford.

Campbell – who was leaning toward running for governor himself in 2002 – had to abandon those plans when he was diagnosed with Alzheimer’s disease in 2001. Four years later the Greenville, S.C. native died of a heart attack at the age of 65.

It’s not immediately clear when the Campbell biography will be released – or what specific evidence supporting these allegations will be incorporated.

Obviously we’ll keep our readers up to speed on what we hear.

It’s worth noting the author – who lives outside of the state – doesn’t appear to be interested in doing a “hatchet” piece on the late governor.

“(Campbell) is a hero of mine and I think his story should be told,” the writer explains. “However, I want to paint as accurate of a portrait as I can of the man, warts and all. Unlike some folks, I believe that we, as humans, are complex people. We are neither all good or all bad. Some of our actions have to be taken in context.”