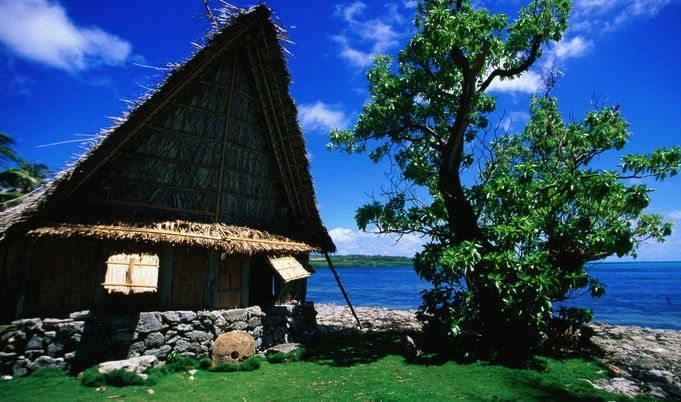 For those of you who don’t know Mellen, in addition to fighting for free market reforms on behalf of South Carolina school children (and their parents) he’s also been fighting on behalf of future generations in the Federated States of Micronesia (FSM).

Wait … where? The FSM are a string of South Pacific islands where Mellen previously served for three years as a Peace Corps volunteer. In fact his charity – Habele – currently provides K-12 tuition scholarships for low income students, particularly those living in the country’s most remote outer islands.

Anyway, Mellen’s article (a must read) delves into the fascinating transformation that’s about to take place on the island of Yap – one of the larger Federated States. Specifically, he explores how “Communist” China is about to bring free market capitalism to the isolated island.

Of course what’s really interesting about this story isn’t what China is bringing to Yap … it’s what is being replaced: American socialism. Wait? Isn’t China the communist nation? And isn’t America the “land of the free?” Not in this case. Specifically, a Chinese resort development planned for Yap would replace a bloated public sector bureaucracy that has been funded for decades via grants from the United States Department of the Interior (USDOI).

“The many billions of dollars sent to Micronesia in direct foreign aid was intended to finance the development of economic and political systems across these remote islands and atolls,” Mellen writes. “The Micronesians have instead used the aid to feed a government bureaucracy that mirrors the worst excesses and inefficiencies of the U.S. Department of the Interior, the agency that controls most of the aid. The sad result is a huge, U.S.-funded Micronesian public sector that crowds out economic development. This has ensured the perpetual dependency of the people, like the Yap islanders, on the state and federal government of the Federated States of Micronesia.”

Wait … so as part of its efforts to spread freedom and democracy around the globe, America has instead wound up exporting dependency? And now this failed bureaucratic puppet state is about to be overrun by Chinese capitalism?

That’s pretty much it …

“The U.S. could have spent the past seven decades working with Micronesians to develop modern property rights and an adherence to the rule of law,” Mellen adds. “Washington could have given them the tools to envision and pursue the political and economic future of their own design. Instead the U.S. has devoted itself to keeping the lights on in countless cinder-block government buildings and handing out cheap perishables such as rice and Spam.”

Wow … what an indictment of the “Land of the Free.”

Why does this matter? It’s geopolitics, baby. Rather than establishing a strong, pro-free market ally in one of the world’s most strategically significant locations, America has chased good money after bad on Yap – and now that the spigot is turning off (U.S. aid expires in 2013) the area is about to fall outside of our nation’s sphere of interest.

In fact that low, rumbling sound you’ll hear rippling across the Pacific Ocean in the next few years will be Chinese bulldozers collapsing those American cinder-block bureaucracies.

Coming soon to a continent near you, right?

Hopefully lawmakers in the Palmetto State will take the time to examine this piece within the context of their third world, dependency economy … but that would probably be asking too much of them.