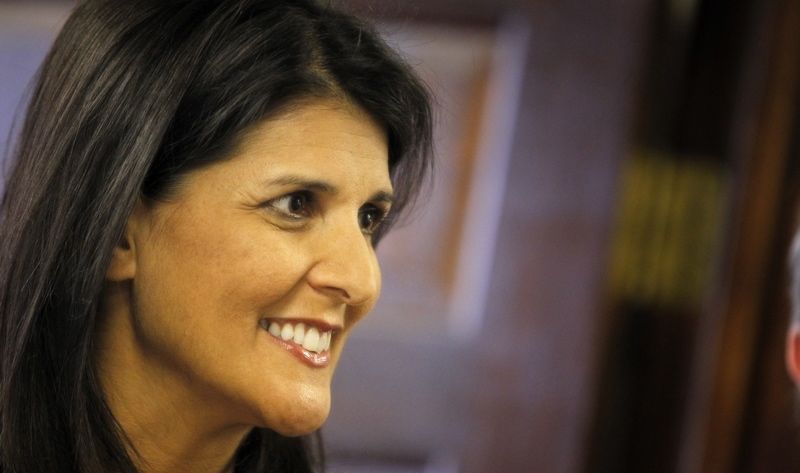 S.C. Gov. Nikki Haley got an earful from Maryland Gov. Martin O’Malley at a Democratic “issues conference” this weekend – receiving all sorts of criticism for being a “Tea Party governor.”

“They run on a platform claiming government isn’t working,” O’Malley said of Haley. “Then when they’re in office, their own failure to do the job proves their point.”

Hmmmm … we’re not gonna argue with O’Malley about Haley being a failure, but we’d argue it’s due to the fact she’s strayed from her limited government campaign promises.

Seriously … the “Tea Party” was done with Haley less than six months into her term … and they’re still furious with her.

Anyway, that didn’t stop O’Malley from rattling off a few of Haley’s “greatest hits.”

“Your current Governor – bless her heart,” he said. “Creating jobs at Georgia’s Port of Savannah instead of creating jobs at South Carolina’s Port of Charleston … failing to take basic cyber security precautions to protect 3.6 million Social Security numbers … waiting nearly two weeks to tell hundreds of thousands of South Carolinians that their credit card data had been hacked and stolen … how’s all that working for South Carolina?”

Those are valid points … none of which were addressed by “Team Trikki” in their response.

“He should go back to Maryland where he quite successfully legalized gambling, gay marriage, the end of the death penalty, and hiked taxes on everyone and everything he could think of,” Haley’s political guru Tim Pearson told CNN in response to O’Malley’s remarks.

Wait … government barring churches from marrying who they want and maintaining a monopoly on gambling are good things?

Anyway, prior to O’Malley’s visit, Republican and Democratic partisans battled over which state – South Carolina or Maryland – was better off.

How “middle school” of them, right?

And how pointless … after all, unless South Carolina is up against Mississippi it’s not likely to win any state v. state competitions.

The goal of all this trash talk? Softening Haley up for S.C. Sen. Vincent Sheheen (D-Camden), who is likely to run against her again in 2014.