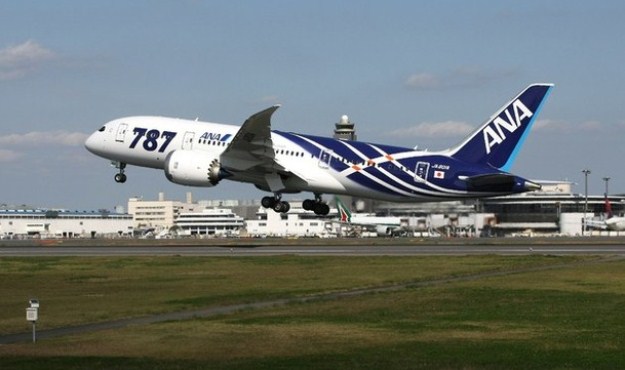 Boeing was sternly rebuked this week by the National Transportation Safety Board (NTSB) for public comments related to the grounding of its next generation 787 Dreamliner passenger jets. Specifically, the agency accused the company of conveying to the public its “own analysis and conclusions regarding an ongoing NTSB investigation.”

“The letter from the NTSB signals tension between the agency and Boeing,” reporter Tim Parker of Benzinga noted (via Forbes). “This is not good for Boeing as it tries to mitigate damage to the image of its high-efficiency 787 once officials clear the plane to fly.”

The Dreamliner has been grounded since January 16 as a result of numerous problems – most notably an issue with its lithium ion batteries. Not good news for a project which is already several years behind schedule.

So far, Boeing has delivered just 50 of the 800 Dreamliner orders it has received and is under tremendous pressure to turn a profit on the plane. Originally scheduled for delivery in May of 2008, numerous design, supply and delivery problems pushed Dreamliner’s deadline back more than three years – causing numerous cancellations.

In unrelated news, The Wall Street Journal is reporting on Boeing’s plans to lay off 800 workers at its Washington State facility. The news comes less than a month after Boeing announced layoffs at its South Carolina facility.

The company insists the layoffs are not related to the grounding of the plane.

Why do we follow Boeing so closely? Easy: Because South Carolina taxpayers shelled out hundreds of millions of dollars to lure a Dreamliner manufacturing facility to North Charleston, S.C. three years ago. The Palmetto State later lost out on its bid to build Boeing 737 Max planes – part of a deal the company cut with its labor union.

So far, that investment isn’t paying off …

It’s Good To Be Joe Biden