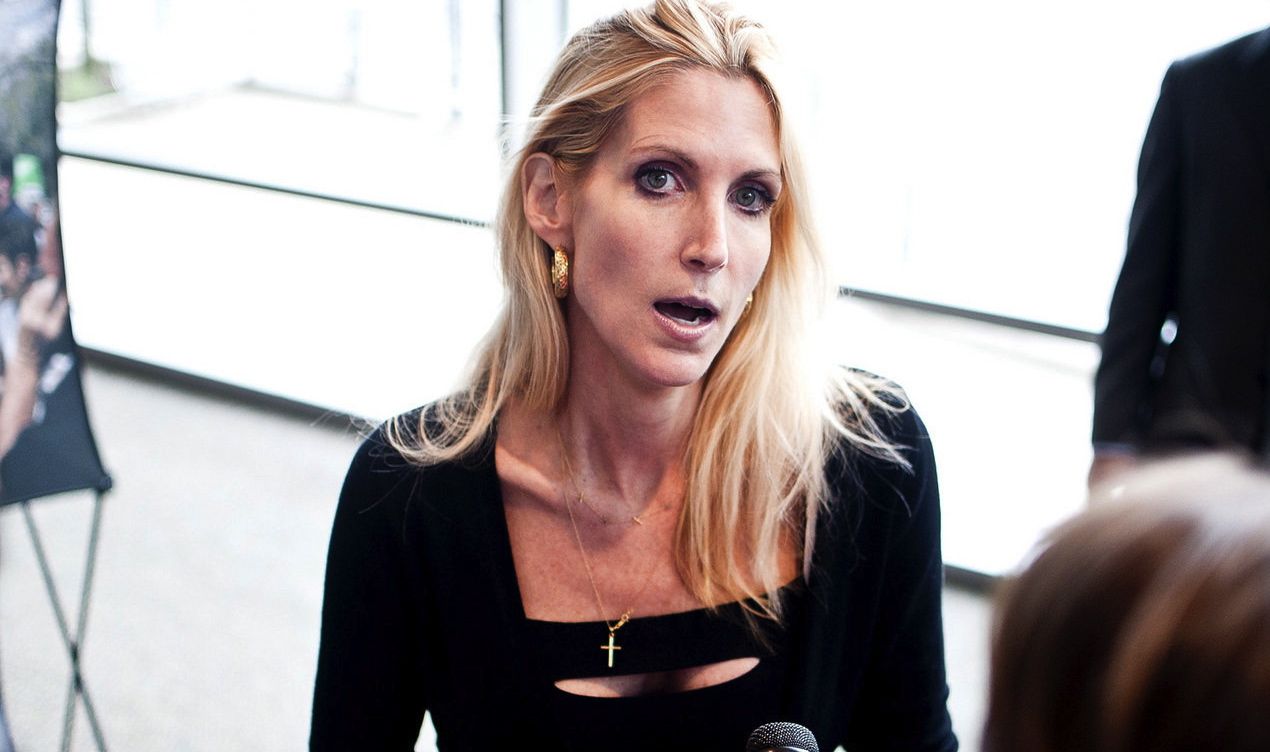 We don’t think much of Ann Coulter. As far as we’re concerned she’s an emaciated giraffe who looks like she’d be about as much fun in bed as, say … Jenny Sanford.

Still Coulter occasionally strings together a few sensible syllables … like the ones she directed earlier this week against former S.C. Gov. Mark Sanford upon the occasion of his advancement to round two of the South Carolina first congressional district special election.

“The Republican Party owes Sanford nothing,” Coulter wrote on Townhall.com. “He had a chance and he blew it. National Review wasted five years of cover stories on how awesome he was, but he never accomplished anything of substance.”

“He showed off about getting his hair done at Super Cuts, sleeping in his office in Congress and not turning on the air conditioning in the governor’s mansion,” Coulter continued. “He wore the same pair of shoes for 30 years – they’ve been re-soled 70 times! Big deal. He saved taxpayers $300 in petty cash, but he didn’t implement any lasting reforms.”

In fact we told the former governor months ago we didn’t think he should run – and that if he wanted to do the right thing by the people of South Carolina, he should throw his financial and political support behind the candidacy of a guy like S.C. Sen. Tom Davis (or S.C. Sen. Larry Grooms, our candidate of choice in this race).

Of course Coulter hasn’t delved into the record of Sanford’s opponent, fiscally liberal trial lawyer Curtis Bostic. And why should she? Bostic is barely a “somebody” at the state level … which makes him less than a “nobody” in the national limelight.

Sanford is terrible … don’t get us wrong. And he’s not to be trusted, as we’ve noted. But Bostic is also terrible … and possibly even less trustworthy than Sanford (if you can imagine that).

Seriously … here’s a guy whose website is StopSpending.com, yet he voted for massive budget increases as a member of Charleston County council.

And we’re supposed to send him to Congress?

We wish a proven fiscal conservative like Davis or Grooms were in the running for this seat, but sadly they’re not. Which means as much as Coulter is right to rip on Mark Sanford … fiscal conservatives are stuck with a choice between him or Bostic, a demonstrated fiscal liberal.