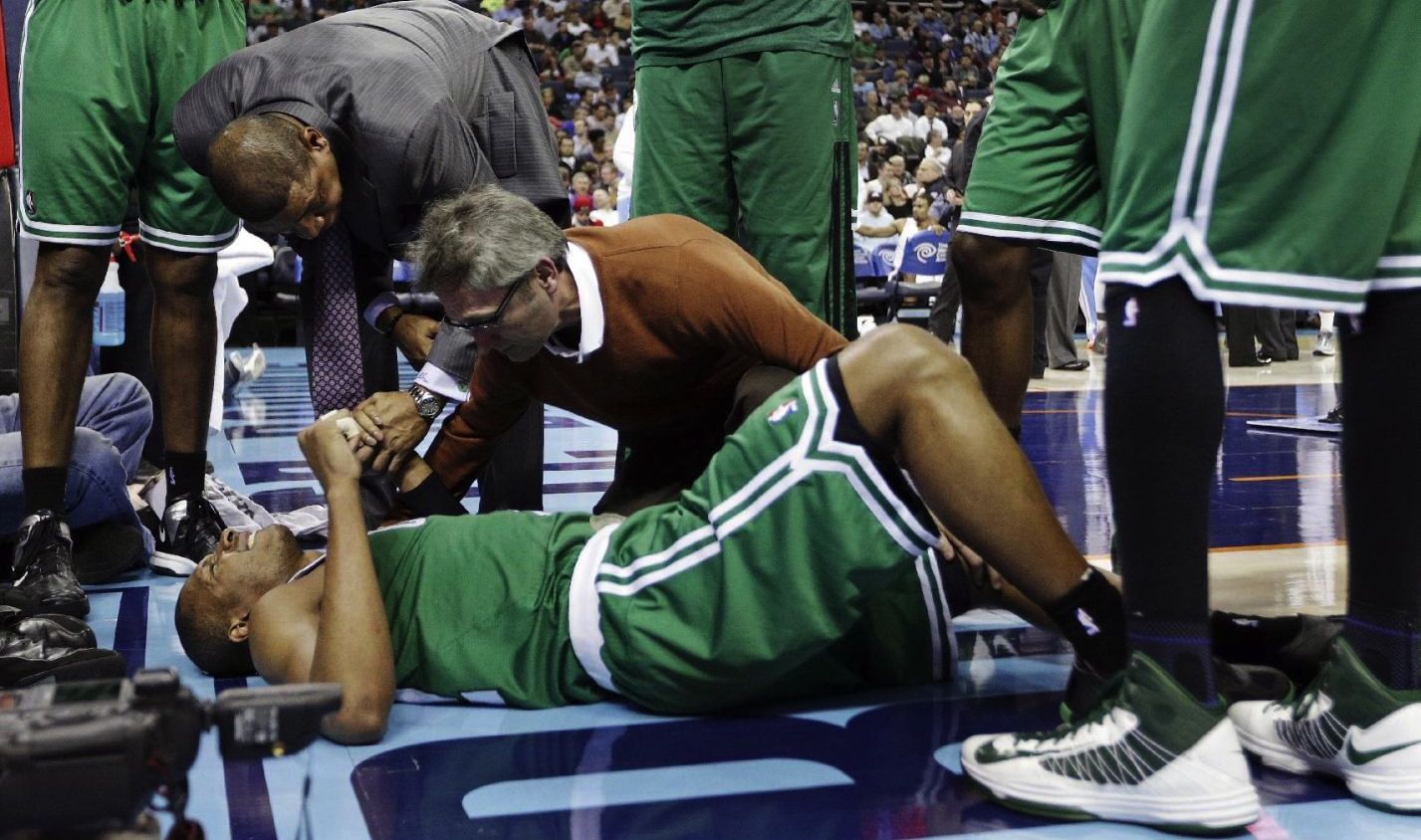 The Boston Celtics franchise is one that has always been built on talent, superstition, and luck. Lately however, it appears two of those three have run out. All-Star point guard Rajon Rondo has partially torn his ACL and is expected to miss at least six months. Meanwhile talented rookie Jared Sullinger recently underwent back surgery for lumbar discs and is also expected to miss the rest of the season.

As if that weren’t enough, back-up point guard Leandro Barbosa is also out for the season with an ACL tear.

The Celtics are now in a bind. Somehow the team has managed to flourish without their elite floor general – winning six of their last seven games. However the injury bug has forced general manager Danny Ainge to try and work some trade magic prior to the February 21 deadline. With pressure from fans growing, though, is it really the right idea to break this team up rather than just search for an answer out of free agency?

The answer is “no.” The Celtics have plenty of needs, but they have almost nothing valuable to offer in return as Kevin Garnett and Paul Pierce – the two most valuable trade assets on the team – aren’t going anywhere. That leaves only Avery Bradley, Jeff Green, Courtney Lee, Brandon Bass, and Jason Terry for Ainge to consider, and with the exception of Bradley each of those players is on the first year of a new deal with the team.

That leaves one option: free agency. At this point, the Celtics would be better off looking for key pieces of the puzzle on the waiver or on their D league team in Maine. For example there’s young point guard Shelvin Mack – who is tearing apart the D league averaging 20 points, eight assists and five rebounds a game. Mack could easily come in and play twenty minutes a game.

There is also former Celtic and fan favorite Delonte West. After his recent stint in Dallas, West has been on the free agent market waiting for the right team. Also, he knows the Celtics’ system well after his two years in Boston.

There’s also another option: Allen Iverson. Yes, THE Allen Iverson. Before anyone questions this, let me explain. Iverson wants back into the league – and not through the D league. And yes, he may have personality problems in the locker room. But if he clashes with Garnett, Pierce or head coach Doc Rivers, the Celtics can cut him.

All Boston would have to do is call up AI and give him a workout. If he can play, great. If not – nothing ventured, nothing gained.

Obviously the Celtics have run out of luck after their run to the Eastern Conference finals last year, but breaking this team up in the middle of the season is simply not the answer. In order to have ANY chance in the playoffs the Celtics will need to shore up their existing roster – and recapture some of that legendary luck.

Could “AI” be their four-leaf clover?