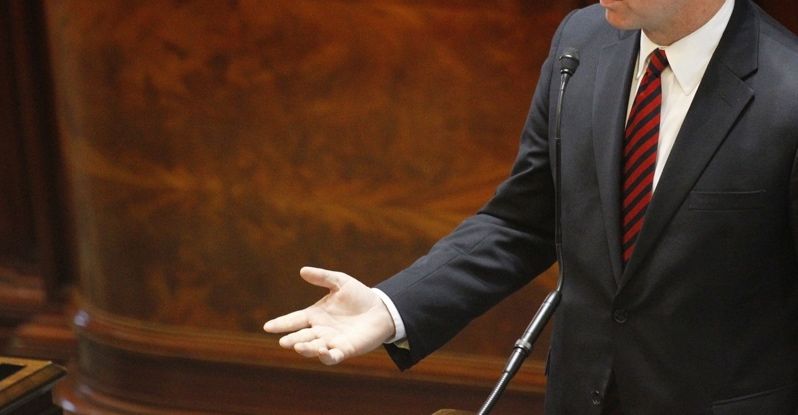 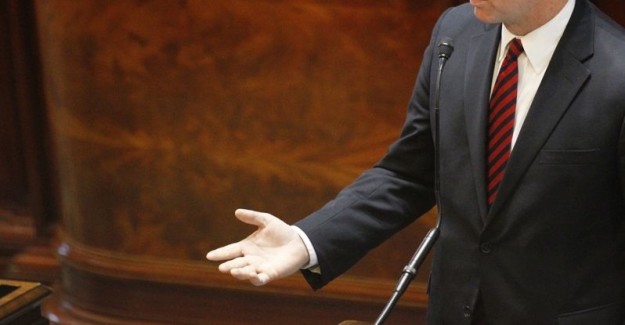 S.C. Rep. Alan Clemmons (RINO-Myrtle Beach) has been accused of handing out checks from his political action committee to several of his colleagues in the S.C. House of Representatives.

And when we say “in the S.C. House of Representatives,” we mean literally inside the chamber … which is a flagrant violation of state law.

According to our sources Clemmons started hand-delivering checks from his so-called “Palmetto Patriot Leadership Committee” to several freshmen members of the legislature beginning last December.

In fact one freshman lawmaker – who declined to be identified for this report – told us Clemmons handed him a check for $1,000 inside the chamber during the House’s organizational session last December. This lawmaker also told us S.C. Speaker Bobby Harrell’s notoriously corrupt “Palmetto Leadership Council” gave him a $1,000 campaign contribution on the State House grounds.

A witness to the first transfer confirmed the lawmakers’ account to FITS.

According to state ethics law, both contributions were made illegally.

From the S.C. Code of Laws:

SECTION 8-13-1336. Accepting or soliciting contributions on State Capitol grounds or in official residence prohibited; exception for contributions by mail.

(A) No public official, candidate, public employee, or committee may accept or solicit campaign contributions on the State Capitol grounds, including the office complexes located on them, or in any building which houses the principal office of a statewide officer.

(B) No public official, candidate, public employee, or committee may accept or collect campaign contributions on the grounds of or in any building which houses the official residence of a statewide officer.

(C) Contributions delivered by mail are excluded from the provisions of this section.

Leadership PACs at the S.C. State House have been criticized because top lawmakers use them to purchase loyalty from their subordinates. In fact the elimination of these PACs has been proposed by numerous reformers – most recently S.C. Rep. Beth Bernstein (D-Richland).

Sources tell FITS that the illegal acceptance and solicitation of campaign contributions on S.C. State House grounds is “rampant.”

“If you enforce the letter of this law you’d have to throw out ninety percent of the legislative branch,” one lobbyist told us.

FITS contact the S.C. State Ethics Commission, but its attorney Cathy Hazelwood declined to comment on the specific allegations against Clemmons and Harrell – instead referring us to the statute referenced above.

Also, any allegation involving the disbursement of illegal campaign contributions by a House member would fall under the exclusive purview of the House Ethics Committee, which as we’ve noted on numerous previous occasions exists for the sole purpose of burying/ whitewashing scandals involving current and former legislators.

In other words, count on state legislative leaders to continue violating campaign finance law with impunity … which is par for the course in our corrupt-as-hell state.