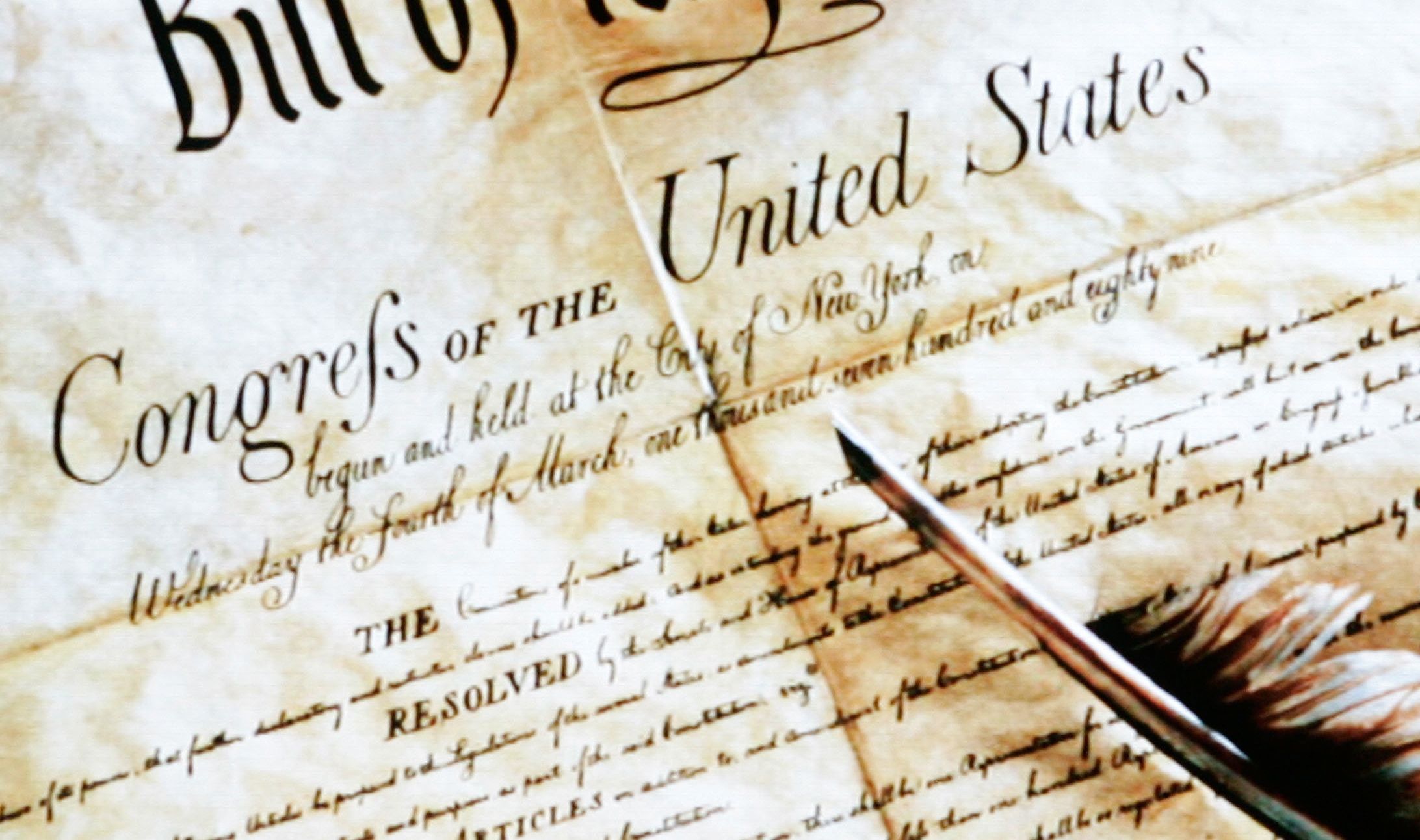 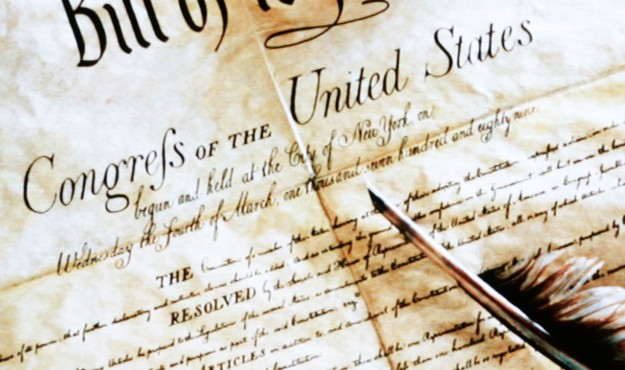 ATROCITIES DO NOT JUSTIFY DESTROYING LIBERTIES

By Ralph Benko || The murder of 20 innocent children and 7 adults in Newtown, Connecticut, horrifies all Americans.  President Barack Obama eloquently expressed our collective feelings of “overwhelming grief” and our response to “hug our children a little tighter, and we’ll tell them that we love them, and we’ll remind each other how deeply we love one another.”

Progressives now are arguing for stricter gun control.  America, however, is founded on the “consent of the governed.”  Americans’ sympathy for gun control, when polled by Pew after the Aurora atrocity, was about equally split between the restrictionists and those favoring the protection of our right to bear arms.

Restrictionist sentiment is down from almost 2-to-1 who favored gun control in 2000.   This isn’t irrational.  Empirically, at 12.1 victims per 100,000 the firearms death rate in ultra-restrictionist Maryland, home of this columnist, is higher than that of gun-friendly Texas (10.9 per 100,000).

Many conservatives have their own unfounded proclivities:  “Lock every felon up and throw away the key” comes to mind.  Yet as noted last summer in The Economist, “America continues to lock up a scandalously large number of its people: around 1 percent of the adult population is behind bars at any time. But … ‘the relationship between the incarceration rate and the violent-crime rate is not very strong.’ New York has not followed the national mania for imprisonment, and yet the decline in its crime has been among the most impressive.”

At base the social consensus against institutionalizing the mentally ill makes it virtually impossible to remove potentially dangerous psychotics from society.  Although it increases the possibility of tragedies such as Newtown, most feel that should not be reversed.   Most psychotics are harmless.

Deinstitutionalization was a reaction to widespread, and egregious, abuses of the mentally ill and of inmates — including hideous violations of civil liberties.  Most oppose, on humanitarian and civil liberties grounds, a return to the One Flew Over the Cuckoo’s Nest era.  Newtown may force a change in this consensus as a more intelligent approach than gun control.  If so, this absolutely must be handled with integrity and with impeccable safeguards for the mentally ill.

There is nothing wrong with Progressives making their case for restricting gun rights.  They are passionate about it and, although America’s homicide rate (4.8 per 100,000 in 2010) has plunged by over half since its 1991 peak (9.8 per 100,000) — with no clear correlation with stricter gun control (and some evidence to the contrary) — America still has many more firearm homicides than other developed countries.

It’s a free country. Progressives rightly are free to make their case.  Progressives, however, show shocking recklessness in their willingness to implement their policies by overriding popular will and the letter and spirit of the Constitution.  There is a disconcerting trend in Progressive circles toward a willful disregard of the Declaration of Independence’s axiom that government legitimacy is based on the consent of the governed … and toward a perverse ignoring of key segments of the Bill of Rights.

The essence of the Declaration  — one we were taught in grammar school and, most of us, consigned to the same trashcan as sentence diagrams — may be found here:

“We hold these truths to be self-evident, that all men are created equal, that they are endowed by their Creator with certain unalienable Rights, that among these are Life, Liberty and the pursuit of Happiness.–That to secure these rights, Governments are instituted among Men, deriving their just powers from the consent of the governed, –That whenever any Form of Government becomes destructive of these ends, it is the Right of the People to alter or to abolish it ….”

The original Constitution immediately received ten amendments, commonly known as the Bill of Rights.  These set forth with great specificity what Americans consider their most cherished “unalienable rights.” They were designed to protect against the risk of what Tocqueville called the tyranny of the majority.  In case you haven’t been “read your rights” lately … these , prominently, include:

“Congress shall make no law respecting an establishment of religion, or prohibiting the free exercise thereof; or abridging the freedom of speech, or of the press; or the right of the people peaceably to assemble, and to petition the Government for a redress of grievances.

“A well regulated Militia, being necessary to the security of a free State, the right of the people to keep and bear Arms, shall not be infringed.

“The right of the people to be secure in their persons, houses, papers, and effects, against unreasonable searches and seizures, shall not be violated…

“No person shall be … deprived of life, liberty, or property, without due process of law….”

America, via the Tea Party and Occupiers, if rather inchoately, lately has been attempting to restore itself to a small “l” liberal (enumerated rights so sacrosanct as to be exempt from being taken away even by a majority), small “r” republic (officials elected by the citizens to act according to the consent of the governed).  If America is to be “set to rights” it is crucial that the consent of the governed and the unalienable nature of our Constitutional rights be at the center of our civic discourse and politics.

“The right of the people to keep and bear Arms, shall not be infringed” is quite unequivocal.  Progressives denigrate this and other rights at our, and their own, peril.  Many Progressives also wish to muzzle the right to advocate political views (masquerading as “campaign finance reform”).  They fall back on arguments such as “corporations aren’t persons.”  The First Amendment doesn’t mention persons.  It simply contains a plenary ban on government interference.

Progressives consider access to artificial contraception an important right.  That’s a position with which this columnist sympathizes.  Yet a government forcing those whose religion considers it a mortal sin to provide or subsidize this non-enumerated right obnoxiously violates the plenary Constitutional ban on the government’s “prohibiting the free exercise” of religion. Government’s undermining the right of people of faith conscientiously to make a stand for their sexual mores to be reflected in law — such as the federal judge who abused his governmental power to negate California’s Proposition 8 — is a grotesque violation of the Constitution’s guarantee of free exercise of religion.

The majority of Americans (including this columnist) consider personhood to commence before birth.  The Fifth Amendment requires that “No person shall be … deprived of life … without due process of law.” To ignore this Fifth Amendment guarantee undermines liberal republican governance and makes all, pro-choice as well as pro-life, constitutionally poorer.

It appears that many Progressives are determined to abridge guarantees of free speech, free press, and to prohibit the free exercise of religion, eviscerating the guarantees of the First Amendment.  Many propose to infringe the Second Amendment’s right to keep and bear arms and repeal other elements of the Bill of Rights.  There are clear mechanisms for so doing, within the Constitution itself, by amendment if the requisite supermajorities can be persuaded.  It is reprehensible for advocates to do violence to all of our civil liberties by, instead, disregarding unambiguous guarantees of some.

Those who wish to restrict gun rights — or any other right protected by the Constitution — are called upon to seek to amend, rather than disregard, the Constitution.  America is, as Ben Franklin said after the Constitutional Convention, “a republic, if you can keep it.”  If the bone-chilling violence at Newtown triggers violence against the Bill of Rights, safeguards for our vital civil liberties collapse.  Events precipitating illiberalism are not historically unknown.  Reaction must be resisted.

US Senator Busted For DUI