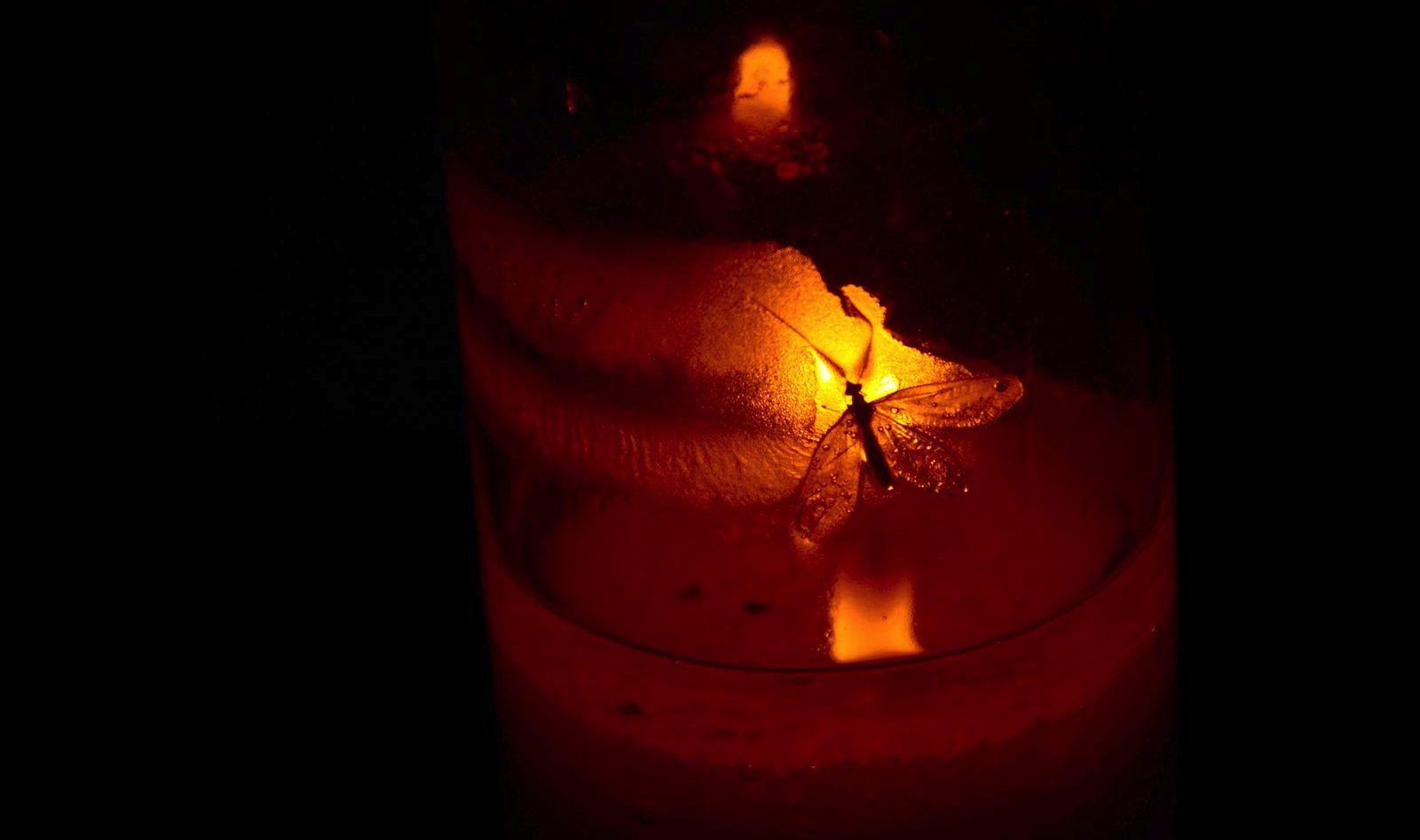 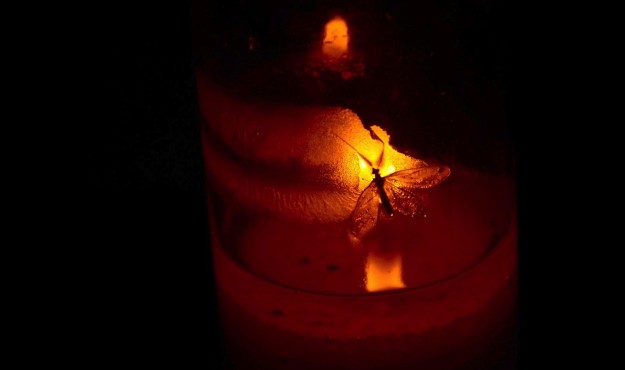 THE RACE FOR TIM SCOTT’S U.S. HOUSE SEAT IS HEATING UP

Like moths to the flame (filled with desire), a veritable swarm of South Carolina “Republican” politicos are buzzing hot and heavy about their aspirations for the U.S. House seat that’s soon to be vacated by U.S. Senator-designate Tim Scott.

Scott’s impending resignation to fill Jim DeMint’s U.S. Senate seat has set off a mad scramble for the South Carolina first congressional district – which Scott won in 2010 after besting a horde of GOP candidates in a crowded primary.   If preliminary indications are correct, it looks as though the fight for the newly drawn first-district is going to be even more crowded than the 2010 race – although that’s not necessarily a good thing.

In fact the emerging field of candidates seems to be split between unknown quantities and known fiscal liberals … which is sad, but not surprising here in the “reddest state in the nation.”

We addressed a few of these wanna-be Congressmen in a recent post earlier this week, but the swarm continues to grow.

Tom Davis, S.C. Senator (R-Beaufort) – There is tremendous pressure on Davis to seek this seat – even though the first congressional district has been redrawn in such a way as to give candidates from Charleston, S.C. the electoral advantage.  Acknowledging this, Davis has already said publicly he is not running – which is too bad.  Of all the candidates we’d love to see join fiscal conservative champions Jeff Duncan and Mick Mulvaney in Washington, D.C.,  Davis is hands-down the best.  STATUS: OUT.

Jenny Sanford, Former S.C. First Lady – The conspiracy theory regarding Jenny Sanford’s inclusion on Nikki Haley’s U.S. Senate “short list” is that the former First Lady is going to mount a congressional bid – and needed the Senatorial press to give her a leg up on the field.  Of course the other conspiracy theory is that Sanford’s inclusion was a calculated move designed to smack back former S.C. Gov. Mark Sanford – who has been making noise about running for public office again.  STATUS: UNKNOWN.

Mark Sanford, Former Governor/ Congressman – Sanford represented the first congressional district from 1995-2001 – and did so exceedingly well.  In fact, had the rest of Congress voted the way Sanford did during his three terms in Washington, D.C., our country might not be as colossally screwed as it is right now.  Of course Sanford’s dramatic fall from grace in 2009 (Appalachian Trail, anyone?) has cratered his once sky-high public approval ratings, making any bid for elected office an uphill climb.  STATUS: LIKELY OUT.

Larry Grooms, S.C. Senator (R-Berkeley) – One of the early favorites for this seat, Grooms is a solid fiscal conservative who has led the charge on universal parental choice legislation for several years.  He’s also been S.C. Gov. Nikki Haley’s most vocal critic on the “Savannah River Sellout,” the governor’s flagrant betrayal of our state’s economic interest.  His record isn’t perfect, but he’s infinitely better than most of the names we’re hearing in connection with this seat.  With Davis out of the race, look for Grooms to emerge as the top fiscal conservative contender for this seat.  STATUS: LIKELY IN.

Chip Campsen, S.C. Senator (R-Charleston) – Campsen has a decent fiscal record, but he’s an insufferable social conservative with an especially sanctimonious streak of “Holier Than Thou-ism.”  Also, his family has a sweetheart deal with the federal government for tour boat service to Fort Sumter – one that it has reportedly gone to exceedingly corrupt lengths to protect.  STATUS: UNKNOWN.

Joe McKeown, Congressional Chief of Staff – McKeown – a former Charleston County Councilman – is reportedly eyeing this seat, and may have even landed Scott’s endorsement.  If so, that would be a major coup – one that would immediately move him into the top tier of this field.  STATUS: UNKNOWN.

John Kuhn, Former S.C. Senator (Charleston) – A fiscal liberal during his previous term in the South Carolina Senate, Kuhn is one of those bad pennies that keeps turning up.  Still,  he’s a lawyer with money … so we have to include him on our list.  STATUS: LEANING IN.

Teddy Turner, Economics Professor (Charleston) – The son of media mogul Ted Turner, Robert E. “Teddy” Turner is an unknown quantity politically.  Aside from his famous father, all we know about him is that he graduated from The Citadel and “has become increasingly active in Republican circles,” according to a press release announcing his candidacy.  STATUS: DECLARED CANDIDATE.

Elliott Summey – Charleston County Councilman – Summey is a Republican … well, as of earlier this year. Of course based on the leftward bent of the GOP in the Palmetto State, it’s not like his belated “conversion” necessarily disqualifies him from winning office. STATUS: LEANING IN.

S.C. Rep. Peter McCoy (R-Charleston) – First elected in 2010, McCoy is already eying a jump to the U.S. House.  We don’t know much about him other than he couldn’t possibly be worse than the other S.C. House members who are seeking this seat. STATUS: LEANING IN.

S.C. Rep. Chip Limehouse (R-Charleston) – Limehouse is hands-down the worst candidate on this list – exceedingly corrupt and exceedingly liberal in his views on government spending.  Sadly, because he’s a “Limehouse from Charleston,” this corpulent he will receive consideration – and has the money to promote himself.  Plus Limehouse will be the preferred candidate of powerful S.C. Speaker Bobby Harrell – who can mobilize all sorts of special interests behind his candidacy. STATUS: LEANING IN.

S.C. Rep. Jimmy Merrill (R-Charleston) – Merrill coulda been a contender … he’s got the look, the personality and the intelligence to be a game-changing force in state politics.  In fact there was a time several years ago when we pegged him as a future hero of the reform movement in South Carolina.  Unfortunately Merrill sold out – repeatedly. STATUS: LEANING IN.

S.C. Rep. Andy Patrick (R-Beaufort) – Another freshman state lawmaker contemplating a bid for this seat, Patrick has been a major disappointment in the S.C. House.  In addition to immediately “going native” and voting with the fiscally liberal Republicans in the S.C. House (like Limehouse and Harrell), Patrick is also reportedly among the most self-serving and corrupt members of S.C. General Assembly – always angling for ways to personally profit from his position.  STATUS: LEANING IN.

Carroll A. “Tumpy” Campbell III – We’ve said it before and we’ll say it again, if Campbell had even a quarter of the intelligence bestowed upon his father (the late Gov. Carroll A. Campbell, Jr.), he’d probably be president right now.  As it stands he’s become nothing more than a perpetual candidate with a reputation for intellectual incuriosity and redneck girlfriends – which in South Carolina is usually a recipe for winning at least one election.  Tumpy hasn’t even hit that mark – and we don’t expect him to in this race, either.  STATUS: UNKNOWN.

Did we miss anyone?  Submit their name anonymously over on our tip line or our contact page … or email our founding editor directly at [email protected].

“We Now Return You To Your Regularly Scheduled Program”