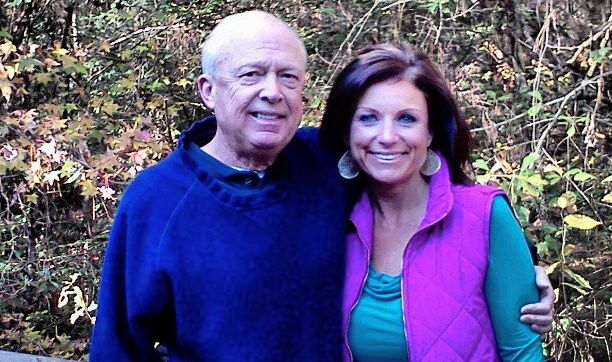 The toxic (and increasingly annoying) relationship between S.C. Comptroller General Richard Eckstrom and former GOP Superintendent of Education candidate Kelly Payne is back “on.”  In fact Payne announced over the Thanksgiving Weekend that she and Eckstrom were engaged … again.

Payne’s Facebook page trumpeted the news … before devolving into a non-stop bombardment of congratulatory messages, nearly every one of which was answered by Payne herself within a few moments of being posted.

For those of you keeping score at home, this is the second time this year that Payne and Eckstrom have publicly announced their engagement.  The first time was in February – although less than two months later the wedding was off.

“It’s sunny and beautiful in Georgetown despite the fact our state comptroller left me stranded 3 hours from home,” Payne wrote on her Facebook page at the time. “Apparently there will be no wedding. Divorced less than 1 week and he already bailed. Unbelievable.”

Sources close to the combative couple say that they have reconciled – and broken up – at least a half-dozen times in the intervening months.

In fact not even a month before the latest engagement announcement, Payne bragged to a friend that she had been “dick free” for twelve days on the advice of a therapist – while two weeks before the latest announcement she claimed that Eckstrom was a “control freak” who was micromanaging her personal finances.

“He’s still an ass,” Payne said of her now-fiancee. “The other controllers roll their eyes at him.”

So why is she marrying Eckstrom?  Theories run the gamut (which is not surprising given the extent to which these two lovebirds are cuckoo for Cocoa Puffs), but the most popular report we’ve heard is that Eckstrom possesses incriminating photos and videos of Payne that he has threatened to make public.

Obviously the release of such photos and videos would likely end Payne’s career as a high school teacher and part-time political activist.

Or maybe not … this is South Carolina, after all.

Eckstrom’s creepy texts and emails to Payne have became the stuff of S.C. political legend – including one in which he referred to himself as a “fine specimen” and another in which he offered to be her “sexual guinea pig.”

Eckstrom was married at the time, although he has since gotten a divorce.

After a high-profile split during the 2010 GOP primary season, Payne and Eckstrom got back together prior to the general election. Of course within weeks of reuniting they became embroiled in yet another public soap opera – this one ending with Payne filing a police report against Eckstrom.  Despite all of this drama, Eckstrom was not only reelected Comptroller in November 2010 – but was placed in command of the South Carolina State Guard last spring.

Eckstrom – who has boasted of other affairs – has not yet said whether he is running for reelection in 2014.