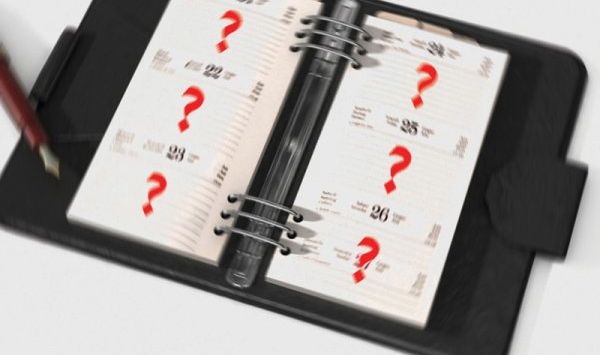 S.C. Gov. Nikki Haley may “know the value of a dollar” (23.3 billion of them, actually) … but one of her cabinet agencies is having trouble keeping a calendar.

In fact the inability of bureaucrats at the S.C. Department of Employment and Workforce(SCDEW) to correctly calculate their own accounting periods will wind up costing Palmetto State businesses an extra $9 million in taxes in 2013.  And guess what … that’s over and above existing unemployment insurance costs that were supposed to be provided to businesses months ago.

The error “happened (in) quarters that ended on a Saturday or Sunday,” a source familiar with the gaffe tells FITS.

South Carolina businesses are required to file quarterly contribution and wage reports with SCDEW – which the agency then uses in assessing its unemployment insurance tax.  This levy has been skyrocketing in recent years due to the exorbitant, incompetent and corrupt provision of long-term unemployment benefits.

SCDEW claims that its “calendar problem” dates back to 2008, but a State Senator who has been investigating the agency says that the “earliest affected quarter” occurred in 2011 – right after Haley took office.

“This has gone from bad to worse to worser,” said S.C. Sen. Kevin Bryant, a fiscal conservative whose committee has been investigating SCDEW. “I understand ‘worser’ is not a real word, but real words can’t describe a level of incompetence that can’t read a calendar.”

Bryant is currently involved in a dispute with SCDEW over the impact of the coming year’s unemployment tax bill.  A report from his Senate committee says that “rates for all employers in 2013 may rise (by) as much as 12 percent or more,” however Haley’s administration claims that the tax burden for businesses will decline by $150 million next year.

South Carolina’s unemployment insurance fund once had a balance of $800 million.  After being exhausted in December 2008, however, it proceeded to accumulate a $933 million debt.  Most of this debt is being repaid in the form of tax hikes on businesses, although Haley and the “Republican-controlled” S.C. General Assembly decided last year to shift $146 million of this burden directly onto the backs of individual taxpayers.

Haley’s administration was supposed to release 2013 payment rates in mid-November, but earlier this month that deadline was pushed back to mid-December.  SCDEW – one of the most poorly managed agencies in state government – offered no apology or explanation for this delay.

Chronic mismanagement at SCDEW has been exposed this year via a state audit, federal warning and a legislative study.  Among the most damning statistics?   One out of every five dollars in unemployment benefits doled out in South Carolina is awarded erroneously – the eighth-highest percentage in the nation.  Not only that, South Carolinians who use the agency’s reemployment services take an average of 26.5 weeks to get off of the public dole.  Those who do not use SCDEW took only 22.3 weeks to find gainful employment.

How have the agency’s leaders gone about “addressing” these issues?  By enjoying taxpayer-funded golf … and sunshine.  Hell … they took another glorified vacation just last week.

SCDEW – which replaced the legislatively controlled Employment Security Commission in 2010 – was supposed to be a shining example of government restructuring.  By placing this troubled agency in the governor’s cabinet, taxpayers were supposed to benefit from expanded “efficiency and accountability.”

Unfortunately, since coming under Nikki Haley’s control this agency has regressed … badly.

Another Slow (And Liberal) News Day For SC’s MSM