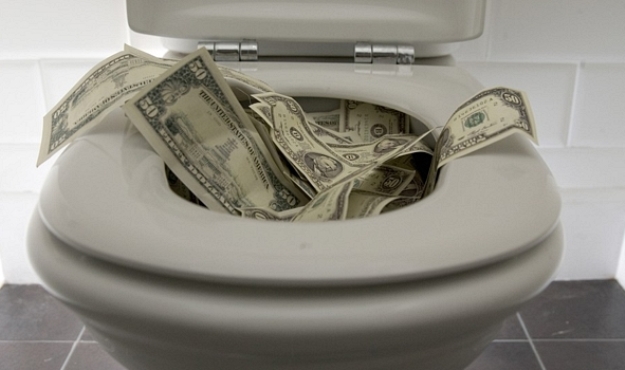 Nearly one in every five dollars of unemployment benefits doled out in South Carolina over the last year was awarded in error – one of the highest percentages in the nation.

Between July 2010 and June 2011, a whopping $86.5 million worth of unemployment benefits in the Palmetto state were paid in error. That’s 17.8 percent of the state’s total unemployment benefit tab for the year – the eighth highest percentage in the nation. Over the last three years, South Carolina has overpaid $356 million in benefits – a 17.7 percent overpayment rate that ranks as the fourth-highest percentage in the nation.

By comparison, only 5.1 percent of Georgia’s unemployment benefits were erroneously applied last year.

Nationally, a total of $19 billion worth of unemployment benefits – or 10.4 percent of the total tab of $180 billion – were appropriated in error over the last three years.

The figures – released on Wednesday by the U.S. Department of Labor – raise additional questions regarding the efficacy of incentivizing joblessness. Nonetheless, U.S. President Barack Obama is seeking to extend long-term unemployment benefits as part of his latest “stimulus” package.

Speaking of people who know how to incentivize joblessness, S.C. Gov. Nikki Haley and “Republican” leaders in the S.C. General Assembly patted themselves on the back recently for including $146 million in so-called “unemployment insurance tax relief” into the state’s record-setting $22.1 billion budget. All this appropriation really did, however, was put taxpayers on the hook for a significant portion of the largest tax increase in South Carolina history.

Also, businesses in this state remain on the hook for nearly $800 million in new unemployment insurance taxes – a number that’s likely to increase as our state’s unemployment rate continues to climb.

Of course while our state’s businesses and individual taxpayers are being forced to pay this massive tab back to the federal government, South Carolina’s government bureaucracies have made out like bandits – receiving more than $4.25 billion in federal “stimulus” funds.

The result of all that spending? In addition to higher unemployment, the state is suffering from diminished competitiveness and a reversion to recessionary economic conditions.

Trouble At The North Chuck IHOP

Again, forgive me for being clueless here, but isn’t this yet ANOTHER failure of our South Carolina state treasurer?

Maybe if Haley paid will like Tom Davis she would have good things written about her on here.

Between July 2010 and June 2011, a whopping $86.5 million worth of unemployment benefits in the Palmetto state were paid in error.

So, Nimrata the Coconut is responsible for about $43 million.

Undoubtedly, she will blame the General Assembly for not restructuring the agency correctly. Then she will continue to blame the unemployed for being unemployed.

Actually the Treasurer has no say in how much is paid to recipients – only assuring that they get paid. The responsibility for determining eligility for unemployment and payment of those benefits rest with the Department of Workforce.

You know what’s pitiful. People who were on the teri program who were released from their jobs due to a rif, receive not only their teri payment/retirement, but they also qualify for unemployment. So, you get paid unemployment for retiring. How ridiculous!

AB, ever try actually getting the facts? TERI can and does affect an individual’s eligibility for unemployment. It all depends on how much money they receive through their retirement program and how much of that amount is coming from money they paid into the retirement system as opposed to the amount paid in by the employer (The state). Also, they are required to look for work to be eligible. Posting without the facts? How ridiculous!

And just FYI, over payments are collected from the recipients either by withholding an equal amount from future benefit payments when they are actually eligible or through other means. How about a story on the amount of money actually lost as opposed to overpaid and then re-collected during a time when law changes caused many unavoidable errors? Another point, many recipients who dishonestly collect benefits (either by not reporting other earnings or lying about looking for work) would never be caught without the hard work of the state employees who get blamed for all of this. The reason I say this? That over payment number would be much less if the people got away with it. Two sides.

Another Haley Cabinet office that is incompetent. She is truly clueless. She is a female Obama. A walking political jingle with no clue how to govern.

Hey Will I thought all that Republican restructuring of the employment securities commission was going to fix all the fraud and abuse in this state…looks like we have ended up with more government payouts, corruption, and non accountability since it went under the governors perview…does that mean you are finally changing your position on government restructuring in the great state of SC

How about this for waste: unscrupulous workers “double dipping” by receiving unemployment and workers compensation benefits for the same periods? Stunningly, our state’s workers compensation laws do not prohibit this, purportedly in deference to the Employment Security Commission (or whatever this dysfunctional agency is called now) to offset or recoup the unemployment benefits, which NEVER happens. A simple mechanism to cross check SSNs of benficiaries betweeen the two agencies could go a long way in solving this outrage.

Employers need to be raising hell and demanding change because they are being penalized to the max for that agencies screw-ups and looking the other way. Man, could I ever write a book about what I know! Problem is, no one really cares……

Is there a way to check out who was overpaid and have them pay back?