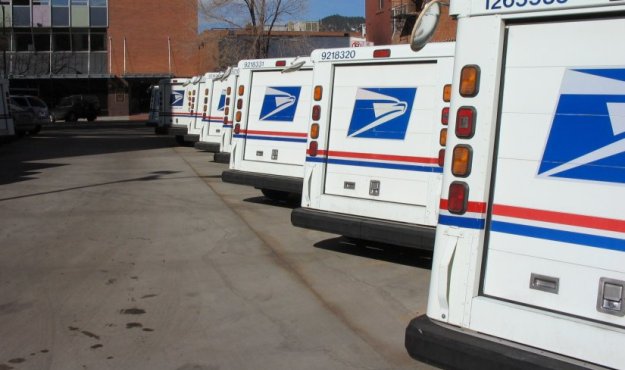 Last September, last November and again this summer we brought the plight of the U.S. Postal Service to our readers’ attention.

With its exorbitant labor costs (80 percent compared to FedEx’s 32 percent), massive pension obligations and diminishing market, the agency is dying a slow death … or at least it would be if U.S. taxpayers weren’t being forced to bail it out to the tune of billions of dollars.

During the most recent fiscal year (which ended on September 30), the Post Office lost a whopping $15.9 billion – $11.1 billion of which it says is due to a “pre-funding” retirement benefit obligation.

Whatever the reason … this is insanity.  The Post Office is bleeding taxpayers dry to the tune of billions of dollars in bailouts … and will continue to do so until leaders in Congress acknowledge that these costs are unsustainable and (at long last) decide to cut the agency loose.

“The federal government should immediately divest itself of this money losing operation,” we wrote last year.  “Clearly there is a market for the service it provides (albeit a diminishing one), but once again government is performing a non-core service … and performing it inefficiently.”

Astoundingly, rather than privatizing this money-losing operation, government is permitting the Postal Service to jack its prices on the very consumers who are bailing it out.  Starting on January 27, a first class stamp will go from 46 to 47 cents while postcards will go from 32 to 33 cents.  Also mail to all international locations will increase to $1.10 – up from 85 cents to Canada and Mexico and $1.05 to all other countries.

That may be chump change … but the soaring bailout tab sure isn’t.

America’s fiscal challenge is enormous … and looking increasingly insurmountable by the day … but common sense solutions like privatizing its money-losing, non-core functions (i.e. the Postal Service) show that there are steps we could take right now to start moving us in the direction of fiscal sanity.

Big Brother: In Your Hotel Shower?

This Fourth: Ideas For America

Again, who forced the USPS to pre-fund retirement unnecessarily for the next 75 years? Do FedEx or UPS have to do this? How many companies out there have a retirement fund at that kind of level?

USPS is choking on the staged bullshit Congress thrust upon them years ago. This isn’t a debate about the public sector failing to do something that you think the private sector can do, this is about a back-handed attempt at destroying the postal service because you don’t have the balls to bring forth legislation to end the USPS under normal circumstances.

Drop the prefunding bullshit and let the USPS walk on its own two legs again, then judge them for how they run their ship.

Sure it is. We know the private sector can do it.

Awe come on man, does anyone not in power(including the Sic one) have any say so on what laws our corrupt leaders decide to actually vote on or not?

Is it really not apparent to you that the elected elite do whatever they want at their collective whims? The USPS is just one more example in a long list of gov’t failures, whether you lay in directly in the lap of them or pass it along to their “bosses” in legislature it doesn’t matter-it’s all “government”.

Sure it is?
Here’s $44 cents. Take this letter to Alaska in two days.
That’s what I thought.

That is one reason why it loses money. Thanks for the example.

It’s reasonable to have a national postal service. That’s a legit core function. Just because some companies have proved they can deliver packages too doesn’t mean they can handle the full volume.
If it wasn’t carrying around all the crap Congress is pushing it to do.
Imagine instead if all its resources were devoted to delivering necessary postage. Imagine what would happen to bulk mailers if they were required to ship instead of mail.

The only reason FedEX and UPS are handling things better than the USPS is that they let the USPS deliver many of their packages.

I buy and sell online. FedEX and UPS have some sort of deal with the postal service to deliver packages. This really steams me when people use them as an example of how “privatization” works so much better.

“The only reason FedEX and UPS are handling things better than the USPS is that they let the USPS deliver many of their packages. ”

Sure they do. The use them for economically unviable routes.

Do know of any current welfare recepients that are going to say, “Ya know, what I’m doing is wrong-I’m going to stop collecting my check for doing nothing.” ?

That doesn’t mean the USPS should stick around in a modern economy where e-mail & direct deposit has snatched 75% of their business(if not more) and there are private companies in existence that can do their job and reflect the true pricing of such.

Smirks and Mountain Penelope have it right!!

They should raise the cost of a stamp by more than a penny. Go on and raise it to 55 or 60 cents. That would raise some real cash.

Agreed. We have the least expensive and most efficient postal service in the world.

A first class letter should go to at least 50, possibly 55 cents.

Bulk rates should be increased even more. Frankly, I would recommend stopping ALL bulk rate advertising. Let the companies deliver their coupons online.

My God, have any of you ever read anything except the drivel on blogs like this?

Running a postal service is mandated right there in the U.S. Constitution (Article I, Section 8, Clause 7 ). I’m pretty sure that being in the Constitution makes it a core function, just like the military.

Neither were ever set up to make a profit… both are in place so that American businesses can operate and can make a profit.

You Folks are brain dead.

Nah, the Constitution is not followed anymore anyway. So why not debate its existence?

Spooner proved a long time ago that he could do the job better.

Now we have FedEx & UPS that could do the same, and since the Constitution is nothing more than toilet paper to 90% of the pols & populace let us not attribute some sacred status to it.

Let us also not forget that amendments were passed because the Constitution was insufficient in its original form, so just because the Postal Service is *mandated* by a piece of close to worthless paper does not mean it should be debated.

edit: *should not be debated*

Yes Fred!! Thanks for clearing that up – it is hard to believe that so many folks are clueless about the whole thing!

You have been told to stop bringing facts and logic to any discussion on this forum. So stop already!

Well, that may be true. But you can’t stop doing it without amending that worthless piece of paper.

Why not? We go to war without declarations? In the scope of what the gov’t ignores Constitutionally this is light weight.

who ever wrote this article has no clue about the postal service. you need to do a little history and report the facts instead of a bunch of half truths jeez are you one of them part-time writers for the state

Typical Repubilican. Just cherry pick the articles of the Constitution that are beneficial to themselves.

Fuck this article, the post office is an American staple.

The Republicans want to destroy this country.

And America realized that when they voted on November 6th.

I predicted that the election would be called for President Obama before midnight EST – and it was.

My next prediction – the Democrats will take control of the House in the 2014 election – remember you read it here.

Whoever penned this idiotic article is so STUPID that there is no sense in trying to correct his flawed brain function. Only a dumbass thinks that the USPS gets even a single DIME of ‘TAX MONEY’ and of course, the author of this right-wing fueled LIE is obviously a dumbass.