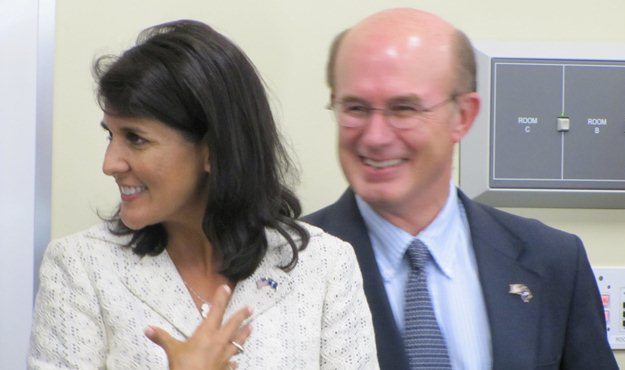 An effort by S.C. Senator Larry Martin (RINO-Pickens) to censor legitimate criticism of his liberal voting record has failed in the South Carolina Upstate – raising the temperature of an already heated State Senate race between the 30-year incumbent and his petition challenger, former S.C. Rep. Rex Rice.

Earlier this week consultants for Martin, a former Democrat, challenged the accuracy of an ad being run by Liber-TEA, the political group founded earlier this year by Will Folks (this website’s founding editor).  According to Martin’s consultants, the Liber-TEA ad falsely claimed that the liberal Senator had supported a shady pension fund deal on five separate occasions during his tenure in the S.C. Senate.

On the basis of this claim, Martin’s team demanded that the ad be pulled.

After Liber-TEA provided documentation in support of the claims (it turns out Martin supported the pension fund on at least eight occasions, not five), television stations concluded the ad was accurate and left it on the air.

In the heated back and forth that took place during the debate over the ad, however, Liber-TEA was threatened with the exposure of embarrassing details regarding the private life of its founder, specifically his stint in “heroin rehab.”

This threat prompted Will Folks (a.k.a. “Sic Willie”) to issue the following statement …

When I was eighteen years old I voluntarily entered a detoxification and rehabilitation facility in Wernersville, Pennsylvania to treat an addiction to various substances – including heroin.  Records of these facilities are confidential, but someone I trusted several years ago appears to have provided this information to my political enemies.  For better or worse – usually worse – it has been my practice to get ahead of stories like this, putting the truth out and then letting the chips fall where they may.  Obviously I regret the pain and embarrassment I caused my family during the misspent days of my rebellious youth, and I am eternally grateful to my family for getting me the help I needed to begin the process of overcoming my addiction.  I will always be an alcoholic and a drug addict, but I have been sober for six years and will continue to take my recovery one day at a time.

South Carolina politics, people … it never gets boring does it?