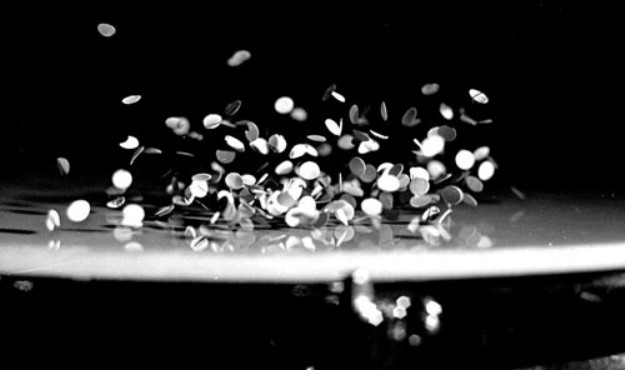 By Will Folks || Since I founded FITSNews three-and-a-half years ago, I’ve made more than my fair share of powerful enemies in this state.

One reason for that? I call it like I see it – whether you like it or not, agree with it or not, or even believe it or not. Clearly, there’s no shortage of opinions about me, my website or the impact it’s having on South Carolina’s political process, but I like to think that the stories I break, the debates I drive and the opinions I help shape all speak to the potency of the brand I’ve created.

At the heart of this brand is telling it like it is – which this website has always done, and which it will continue to do no matter what “Damocles sword” is being held over my head on a personal level by the less savory elements of this state’s failed status quo.  Preserving my ability to shoot straight – free from threats and intimidation – is essential to my professional livelihood, while being able to look myself in the mirror each day is essential to who I am as a person.

The two are inseparable, actually, and to compromise one is to eventually wind up sacrificing both.

Beyond these considerations, this website is fighting for several fundamental ideals – academic opportunity for all of our state’s children, the promotion of individual liberty, and the creation of a more prosperous economic climate, to name just a few.  These ideals obviously matter a great deal to me – which is why I fight so hard for them – and why I cannot (and will not) permit anyone to compromise my ability to continue fighting for them.

In recent weeks, however, a group of political operatives has attempted to do just that.  In fact, on a very personal level I have become the primary target of a group that will apparently stop at nothing to destroy the one S.C. gubernatorial candidate who, in my opinion, would most consistently advance the ideals I believe in. For those of you unfamiliar with the editorial bent of this website, the candidate I am referring to is S.C. Rep. Nikki Haley.

This network of operatives has made it abundantly clear that in the process of “taking down” Rep. Haley, they will also stop at nothing to humiliate me, destroy my family and take a sizable chunk out of the credibility this website has managed to amass for itself.   Such is the blood sport of S.C. politics, I suppose – particularly in the wake of the scandal that consumed my former boss, Gov. Mark Sanford.

Specifically, within the last forty-eight hours several pieces of information which purportedly document a prior physical relationship between myself and Rep. Haley have begun to be leaked slowly, piece by piece, to members of the mainstream media.  I am told that at least one story based upon this information will be published this week.  Watching all of this unfold, I have become convinced that the gradual release of this information is deliberately designed to advance this story in the press while simultaneously forcing either evasive answers or denials on my part or on Nikki’s part.

I refuse to play that game. I refuse to have someone hold the political equivalent of a switch-blade in front of my face and just sit there and watch as they cut me to pieces.

The truth in this case is what it is.  Several years ago, prior to my marriage, I had an inappropriate physical relationship with Nikki.

I will not be discussing the details of that relationship, nor will I be granting any additional interviews about it to members of the media beyond what I have already been compelled to confirm.

It is what it is, and aside from the Haley family – Michael, Nikki, Rena and Nalin – I feel no need to apologize or explain myself to anyone. People are human. We make mistakes. And as I have learned from experience, the key to life isn’t the mistakes we make, it’s how we choose to handle them.

I do owe my wife, Katrina, an apology for failing to disclose certain things that took place prior to our marriage. I know that’s not the technical definition of infidelity, but it is a form of unfaithfulness that has broken the trust between us – a trust which must now be rebuilt. I also owe her an apology for the storm that my family has been facing for the past few weeks, and the storm we will no doubt continue to face in the weeks to come.

In preemptively addressing this matter, I am well aware that conspiracy theories will abound regarding my motives. In fact, I have already been assigned so many roles in so many different conspiracies that I have lost count of which villain I’m supposed to be playing. I also know that no matter what I do, I will be end up being smeared in some form or fashion by someone.

I can sleep at night knowing I handled this the best way I knew how (the way my wife and I decided together that it needed to be handled), which was to simply tell the truth.

After that, wherever the chips fall, they fall. That’s the way it’s always been on this website, and that’s the way it will continue to be moving forward.

Thanks for taking the time to hear me out and take care,

Haley-gate: The Storm Before The Storm