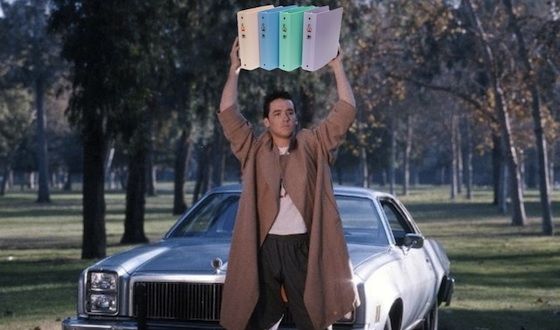 GOP presidential nominee Mitt Romney didn’t beat U.S. President Barack Obama in the second 2012 presidential debate this week, but for the most part he turned in another solid performance.

For the most part …

Romney did commit a major gaffe (and create a memorable meme) during his response to a question about equal pay for women.   According to the former Massachusetts governor, while assembling his cabinet a decade ago in the Bay State he noticed a shortage of female applicants.

“I went to my staff, and I said, ‘How come all the people for these jobs are — are all men,'” Romney recalled.  “They said, ‘Well, these are the people that have the qualifications.’ And I said, ‘Well, gosh, can’t we — can’t we find some — some women that are also qualified?'”

That’s when an already patronizing answer took a turn for the … well, curious.

“We took a concerted effort to go out and find women who had backgrounds that could be qualified to become members of our cabinet. I went to a number of women’s groups and said, ‘Can you help us find folks,’ and they brought us whole binders full of women.”

Within seconds of the “Republican” nomineee uttering his remark, Democratic operatives had scooped up domain names and social media sites were buzzing about Romney’s binders. A Twitter accounts – @RomneyBinders – racked up more than 30,000 followers almost instantly. 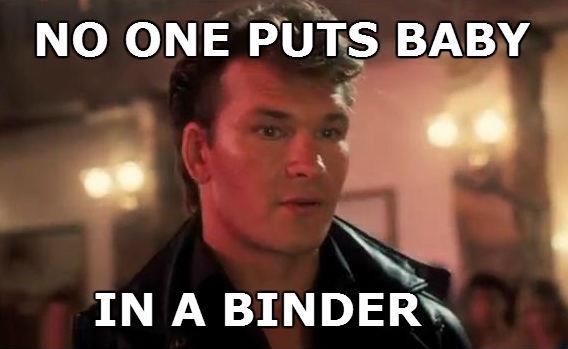 In other words, the remark “went viral.”  And not in a good way for Romney …

So … how should he have answered the question?

Easy:  Romney should have told the questioner (one of the few debate attendees who didn’t appear to be lobotomized)  that men and women employed for the purpose of performing core government functions would always receive equal pay in his administration – but that beyond these public sector positions it isn’t government’s job to tell employers how much to pay people.

Romney might have also added that unemployment among women has risen from 7.1 percent to 8 percent under Obama, and from 12.5 percent to 14.4 percent among young women – and that “American women wanting more abundant, better-paying jobs should vote for me while those who wanted to continue down the current path should vote for (Obama).”

That would have been nice …

Instead we got a meandering, pandering tale of dubious veracity and “binders full of women.”

UPDATE: It was only a matter of time before Bill Clinton was dragged into this … 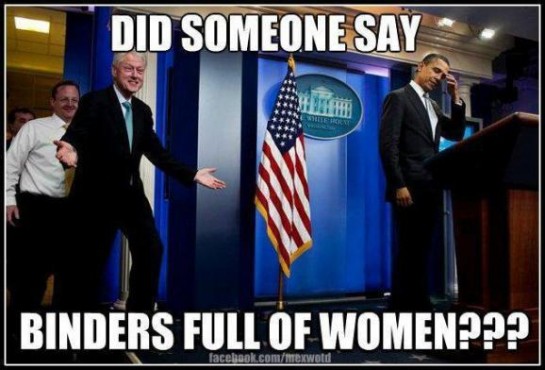 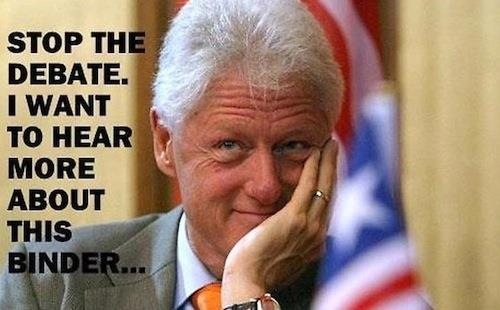