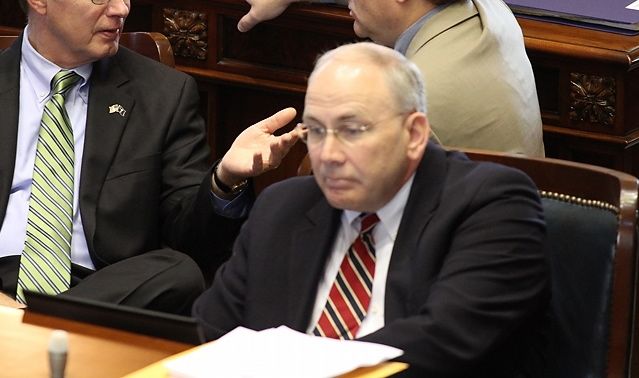 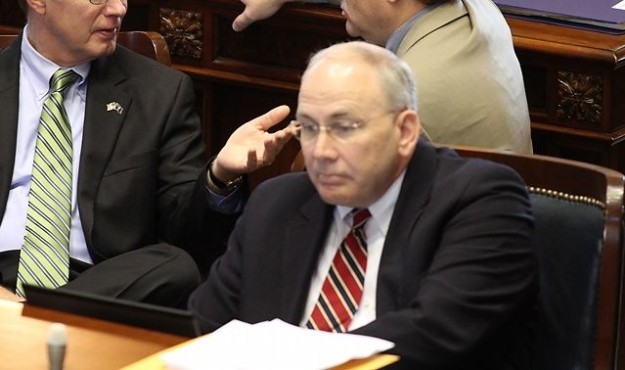 HE LIKES PUTTING IT IN HIS POCKET

According to the recently released Palmetto Liberty scorecards, S.C. Sen. Wes Hayes has one of the worst voting records in the State Senate – scoring an abysmal 18 out of 100.

This isn’t surprising.   For years Hayes has fared poorly on multiple scorecards that track the fiscal records of so-called “Republicans” in the S.C. General Assembly – due in part to his steady support for massive increases in government spending and steady opposition to a taxpayer rebate fund that would have sent surpluses and government “savings” back to the taxpayers.

What’s Hayes doing with all that new money?  Well, in addition to blowing it on a soaring bureaucracy he’s pocketing plenty of it himself as part of a shameful legislative pension deal that enables him to more than triple his annual taxpayer-funded income.  Not only that, Hayes is one of the lawmakers who refused to disclose this income on his statement of economic interests – the same form that caused numerous non-compliant candidates to be removed from the 2012 primary ballot. 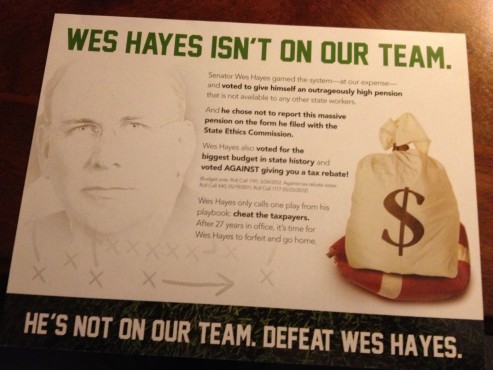 In addition to his abysmal fiscal record, Hayes is one of the arch-defenders of our state’s failed public education monopoly.  More than any other State Senator, it was Hayes who sunk a scaled-down parental choice proposal that would have helped exclusively low-income children trapped in South Carolina’s all-too-numerous failing schools.

In addition to all of this, Hayes is the chairman of the Senate “ethics” committee – a legislative entity that exists for the sole purpose of providing political cover to Hayes’ fellow RINOs.

What has Hayes’ leadership done for our state?

That’s easy: It’s moved South Carolina backward.  And made it more corrupt than ever.

Hayes is opposed this November by Joe Thompson, a petition candidate who is one of the strongest free market supporters we’ve ever seen run for office in this state.  A small businessman and Tea Party activist who helped build grassroots support for U.S. Rep. Mick Mulvaney in 2010, Thompson is the real deal – and precisely the sort of committed fiscal conservative that the State Senate so desperately needs.

It’s a longshot … but to their credit, several leading fiscal conservatives in the S.C. Senate are said to be stepping up and endorsing him.

Also, FITS recently saw some polling in this York County Senate district which would indicate that its voters are much more ideologically aligned with Thompson than they are with Hayes.

On a question asking whether they support new government spending or taxpayer rebates, respondents affirmed by more than a 3-to-1 margin that they want their Senator to send more of their money back – not blow it on more government.

Given the leftward bent of the mainstream media in York County, that’s a reassuring percentage … we just hope voters remember Hayes’ refusal to support such rebates when they cast their votes three weeks from now.