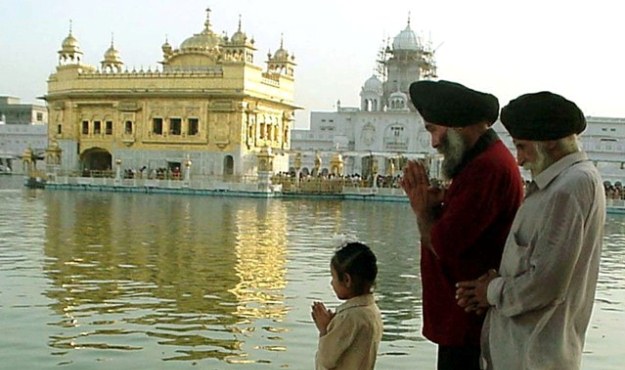 During the two years that our founding editor Will Folks worked under then-S.C. Rep. Nikki Haley he and the future governor of the Palmetto state discussed her religious views on precisely two occasions.

Haley’s conversion from Sikhism to Christianity is generating some renewed attention in the wake of her being named “Person of the Year” by India Abroad, a prominent Indian-American weekly newspaper based in New York City.

According to one Indian-American writer, the selection of Haley for this award was “ironic” because “there’s nothing remotely alluring about Haley to a majority of Indian-Americans.”

Sunil Adam, editor of the New India Times, says that Haley’s emergence on the political scene is a result of her “projecting herself as an ultra conservative politician with all the trappings of a tax-cutting, Bible-thumping, evolution-denying, creation-trusting, union-baiting, gay-bashing limited government protagonist.”

“Haley, who deftly played up her Christian faith during the campaign, perhaps, gets a pass because she was originally Sikh rather than Hindu,” Adam writes. “A majority of Indian-Americans, who come from small towns in India and belong to lower-middle-class conservative Hindu families, tend to be even more conscious of their religious, cultural and caste identities than average Indians back in India.”

Adam adds that Haley is “lucky not to be resented for her conversion to the Christian faith,” contrasting her reception among Indian-Americans to the treatment received by Louisiana Gov. Bobby Jindal.

“Jindal is widely, if not necessarily openly, ridiculed by Indian-Americans for flaunting his born-again Christian credentials,” he writes.

(To read Adam’s article in its entirety, click here).

Haley claims that she converted to the Christian faith when she married her husband Michael in 1996 – although she has remained intimately involved with the Midlands’ largest Sikh temple. In fact, it is widely believed that Haley ran the books for the temple on behalf of her father, Ajit S. Randhawa.

(Here are some pictures of Haley attending a wedding at the temple last year).

Haley’s gubernatorial victory was celebrated in India – with many Punjabis urging her to come to her parents’ homeland as soon as possible in order to “pay obeisance” at the holy Sikh temple of Harmandar Sahib.

For Sikhs, paying obeisance involves making a pilgrimage to the sanctum sanctorum of the “Golden Temple.” Before paying obeisance in the temple, however, devotees must take a holy dip in the water pond of Temple at the marbled periphery – with the understanding that this holy dip washes away “all their bad deeds of previous births.”

No clue how long such a dip might take Haley given her extensive misdeeds in this birth.

So … will Haley make the pilgrimage? According to Meera Shankar – India’s ambassador to the United States – Haley has expressed an interest in traveling to her parents’ homeland.

Specifically, she “has indicated an interest in perhaps going (to India) sometime later this year in the fall,” Shankar said, but added that “these (plans) are yet to crystallize fully.”

Obviously, Haley’s religion itself is of no consequence to us. There is no Sikh or Methodist way to reduce government, just as there is no gay or straight way to lower taxes. Our problem with Haley isn’t that her conversion is a farce – it’s that her professed political ideology is.

Anyway, Haley’s “conversion of convenience” remains yet another narrative to keep an eye on …