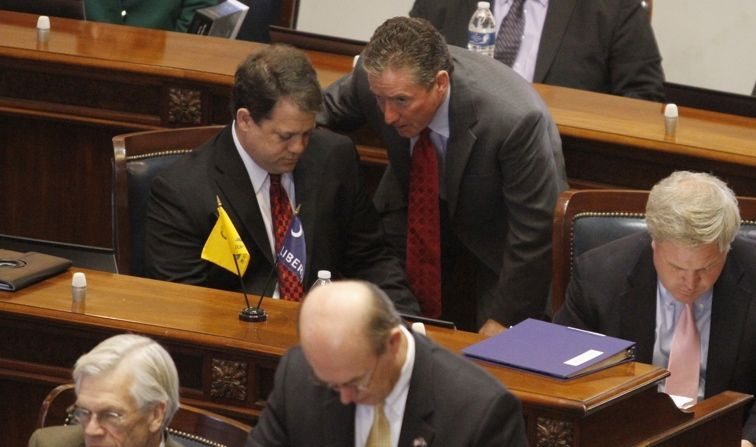 … THIS ISN’T ABOUT LEGISLATING

We weighed in recently on S.C. Senator Lee Bright‘s “Bathroom Bill,” which has needlessly stoked all sorts of political tension (and dissension) in the Palmetto State.  For those of you who missed it, Bright is attempting to block local governments from exercising their authority over who can and cannot use public restrooms.

Specifically, the bill is an attempt to keep municipalities from allowing transgender people to use public bathrooms – mirroring efforts by North Carolina’s state legislature to overturn a Charlotte ordinance that did just that.

“It is needed,” one former SCGOP activist told us.

Meanwhile, Bright has been getting the crap kicked out of him on social media by moderates and progressives.

Our view?  We don’t really care.  Public restrooms are among the nastiest places on the planet.  Faced with the choice of using these facilities, we prefer to “hold it.”  Always.  For as long as it takes.

But let’s be clear: Bright’s proposed “Bathroom Bill” isn’t about his moral convictions regarding transgenders. Nor is it about any issue or ideology.  It’s about a vulnerable State Senator looking to collect data and raise money for his upcoming reelection fight – while shoring up his socially conservative (far) right flank. 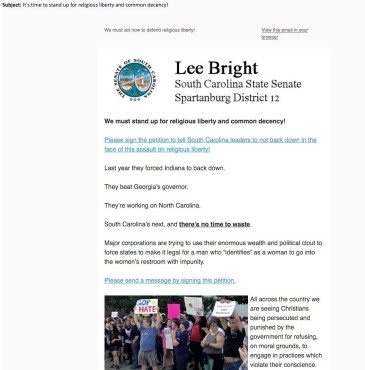 Bright’s bill is about collecting emails and (very soon) collecting checks.  Nothing more, nothing less. Pretending it’s about anything else is delusion.

But will he accept contributions in US currency, or only in his special SC currency? https://t.co/xXaaC9g3th