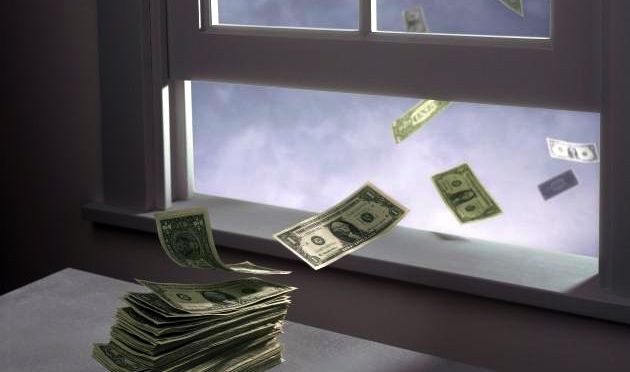 S.C. Gov. Nikki Haley’s law enforcement agency is reportedly sitting on a major scandal involving the widespread misappropriation of public funds in one of the Palmetto State’s poorest, most underperforming school districts.

According to multiple sources familiar with the situation, the S.C. State Law Enforcement Division (SLED) – part of Haley’s cabinet – was provided with a detailed financial audit revealing gross fiscal mismanagement and corruption in the Jasper County S.C. school district months ago.

What has SLED done with the audit?

According to our sources, “nothing.”

Sound familiar? It should. In early 2012 SLED received evidence of a massive video poker operation in Lexington County, S.C. – information it sat on for several months.

In the Jasper County case, FITS is told the key player is superintendent Vashti K. Washington, who has presided over the district since 2010.

Another source said Washington is so corrupt “her kickbacks have kickbacks.”

Another key player in the scam? S.C. Sen. Clementa Pinckney (D-Jasper), who until recently controlled the county’s legislative delegation, its election commission and its majority-black school district.

According to our sources Pinckney has “several kickbacks that come to him through the district.” He’s also reportedly secured employment for a woman said to be “directly related” to him.

Anyway, two local officials have been trying to stop the corruption in the district for years – to no avail. One of them is a former black school board member named Barbara Clarke who currently serves on Jasper county council. Meanwhile Randy Horton – the only white member of the board – has also been trying to get to the bottom of things.

According to our sources, Horton has repeatedly been denied financial information from the district that he was entitled to as a board member. In fact district leaders refused to provide Horton with information even after he submitted a Freedom of Information Act (FOIA) request.

For his efforts, Horton has been labeled as a racist. So have several white Republican lawmakers in the area who became aware of the corruption and tried to request information on the district’s finances.

“Anyone who has sought to find out the truth about what is going on in Jasper has been accused of being a racist,” one source tells us.

At some point, sources tell FITS the S.C. Department of Education (SCDOE) got involved. In fact SCDOE may have been the entity which conducted the audit.

FITS has submitted FOIA requests to both SLED and the SCDOE seeking a copy of the audit and any other information related to the district.

During a visit to Jasper County this week, S.C. Superintendent of Education Mick Zais washed his hands of the failing district.