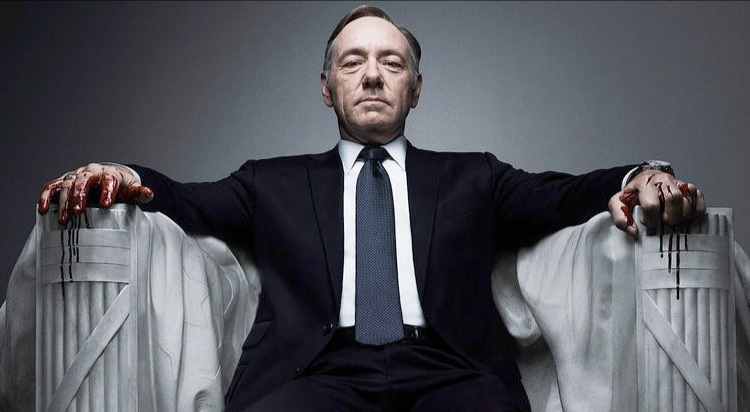 For those of you who haven’t watched the new Netflix original series House of Cards yet, you need to put it in your queue. And if you’re not on Netflix, we can’t think of a better reason to spring for the $7.99 monthly subscription (which gives you access to unlimited movie and television shows on your television and all of your mobile devices).

If you’re a South Carolina politico, House of Cards is required viewing on multiple levels – not the least of which is the fact that its lead character is a U.S. Congressman from the Palmetto State’s fifth congressional district.

And if you live outside of our little upside down triangle by the sea, you’re about to be treated to something truly rare – a film depiction of a South Carolinian who can actually walk and chew gum at the same time.

Francis Underwood – the conniving congressman portrayed with ruthless dryness and remarkable depth by two-time Academy Award winner Kevin Spacey – is more than just an intelligent, opportunistic politician climbing the D.C. ladder. He’s literally the Michelangelo of Machiavellianism – an relentless, eternally adaptable schemer whose field of vision includes every conceivable chess move his opponents could make against him.

And he’s got plenty of games going simultaneously …

Let’s be clear: Underwood is a bad dude. In fact without spoiling the story line of the first season of House of Cards (released earlier this month in its entirety on Netflix), let’s just say the show’s promotional image featuring him in Abe Lincoln’s seat with blood on his hands isn’t entirely figurative.

Yet while Underwood is pure evil, he’s diabolically brilliant in pursuing his nefarious ends. In fact his mastery of multiple parallel games runs circles around numerous worthy adversaries – enabling him to pull the strings of power in the nation’s capital almost at will.

As an exclusively web-based streaming series we’re not sure which awards House of Cards is eligible to win, but the series should take home an armful of statues – starting with Spacey’s portrayal of Underwood.

But the real winner here is South Carolina – which has finally seen a native son (albeit a fictitious one) portrayed as something other than a thick-accented, intellectually incurious, morally compromised hillbilly.