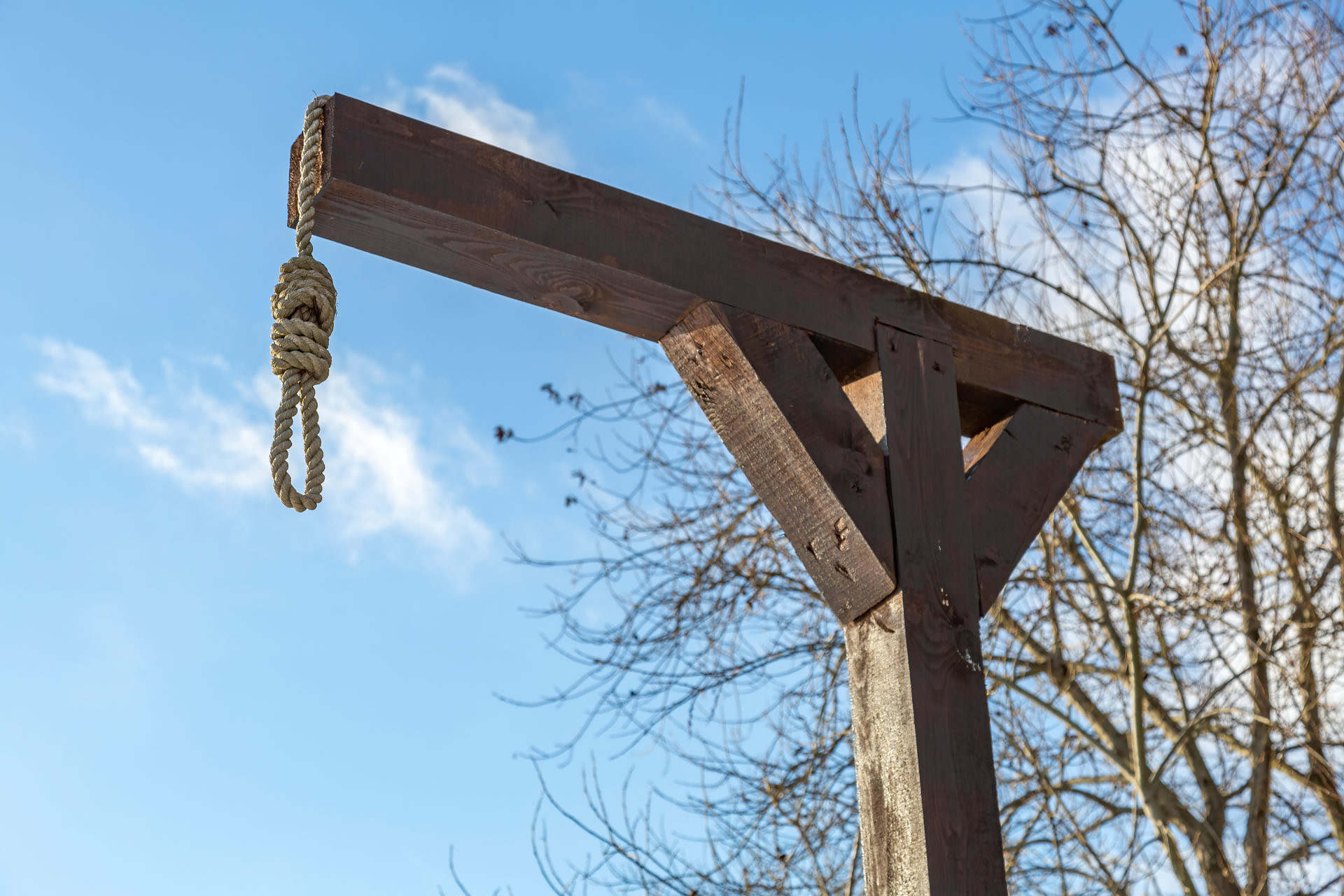 The country’s attention is focused on the Colleton County, South Carolina courthouse this week as Alex Murdaugh’s double murder trial begins in Walterboro.

South Carolina is no stranger to those who ignored the Biblical commandment. (“Thou shall not kill,” if you weren’t paying attention in Sunday School.) In our time we have seen Dylan Roof, Susan Smith, and Donald “Pee Wee” Gaskins, a serial killer and rapist who took at least 15 confirmed lives and possibly 100 more, among others.

Less remembered but equally gruesome is a tale from 200 years ago – and like many modern-day murder cases, it has a twist.

John Fisher and his wife, Lavinia Fisher, owned the Six Mile Wayfarer House – an inn so named since it was located six miles from Charleston. The twenty-something couple who ran it were friendly and well-liked by their neighbors.

They were also criminals, part of a gang that robbed unsuspecting travelers passing through the sparsely populated Lowcountry wilderness. Called “highwaymen” at the time (which, incidentally, is where the term “highway robbery” comes from) they played an especially dangerous game – because conviction meant death by hanging.

An even more sinister suspicion lingered about the Fishers. People kept disappearing near the Six Mile Wayfarer House. Reports were made to sheriff Nathanial Greene Cleary, but nothing came of them.

Folks began to whisper. Tales sprang up and grew taller with each retelling. One had Lavinia welcoming lone travelers to the inn, discreetly pumping them for information to learn if they were carrying money, then finishing them off with a cup of poisoned oleander tea.

Some versions said the tea only made the victims unconscious, whereupon John would severely beat them. Still others told of an elaborate trap door sprung open to send slumbering victims to their death in a pit below. Some reports even suggested the pit contained sharp metal spikes waiting to impale the unsuspecting victims.

The stories were so many – and so lurid – it’s extremely hard to distinguish fact from fiction today. We do know things took a bad turn for the Fishers in 1819. When sheriff Cleary didn’t pursue the reports about the couple, vigilantes from Charleston took matters into their own hands. They rode to the inn, broke up some “gang activities,” and left a man named David Ross to keep an eye on things.

The very next day, two men grabbed Ross and hauled him before the outlaws. He later testified Lavinia Fisher choked him and shoved his head through a window. Ross escaped and alerted authorities.

Not long after that, a traveler named John Peeples had an encounter with Lavinia at the inn. She said no rooms were available but invited him to rest over a cup of tea. He disliked the drink but accepted it to avoid appearing rude, then secretly dumped it. Lavinia questioned him at length, then suddenly remembered she had a room after all.

Smelling a rat, Peeples refused to sleep in the bed assigned to him, preferring a wooden chair instead. In the middle of the night, he was violently awakened by a loud crash as the bed collapsed into the pit. He hopped out the window and ran straight to law enforcement.

Armed with the testimony of two eyewitnesses, an investigation began. John Fisher squealed, giving up the gang members in hopes of protecting his wife. It didn’t work. Lavinia was arrested with the others.

Some say two bodies, a man and a woman, were found nearby and never identified. Others doubt that.

While never charged with murder, the Fishers were charged with highway robbery. And in the early nineteenth century, that was enough to send them to the gallows.

Both Fishers were convicted, both appealed, and both of their death sentences were upheld. At one point, the couple tried to escape from Charleston’s Old City Jail. John made it to the ground, but the rope they fashioned from sheets broke. Unwilling to flee without Lavinia, he was quickly caught and security around the pair was tightened.

It’s believed some 2,000 people showed up to watch John hang. He seemed to have found the Lord while behind bars. He first insisted he was innocent, then begged the crowd’s forgiveness – and then dropped to his death.

Lavinia, on the other hand, became more vitriolic in her final days. Both Fishers were executed wearing the then-standard prisoner’s white garb, creating an urban legend that she went to the gallows wearing a wedding dress. Another claims she was trying to find a man to marry her (since John was hanged first) to spare her being executed. Yet another insists she jumped off the gallows to her death rather than hang.

All versions have her saying the same final creepy words, though: “If any of you have a message for the Devil, tell me now, for I shall be seeing him shortly.”

You will find mentions on websites and cable TV shows claiming Lavinia Fisher was America’s first female serial killer – yet there is no legal record of her ever killing anyone.

Was she really a murderer? The answer to that question went with her to an unmarked grave in a potter’s field, leaving modern-day readers to wonder: Did she, or didn’t she?

As South Carolina’s ‘Trial Of The Century’ Begins, Don’t Forget The System Is Also On Trial

Need to also note SCs own Hatfield and McCoy feud. The Logue/Timmerman feud. The first woman to be electrocuted in SC. Also involved then judge Strom Thurmond. Look up how a mule kick killed 8 people.

Edmund Bigham, the brother of a powerful SC State Senator murdered his whole family. The trial a circus with many similarities to Murdaugh. Book entitled “A Piece of the Foxes Hide”.