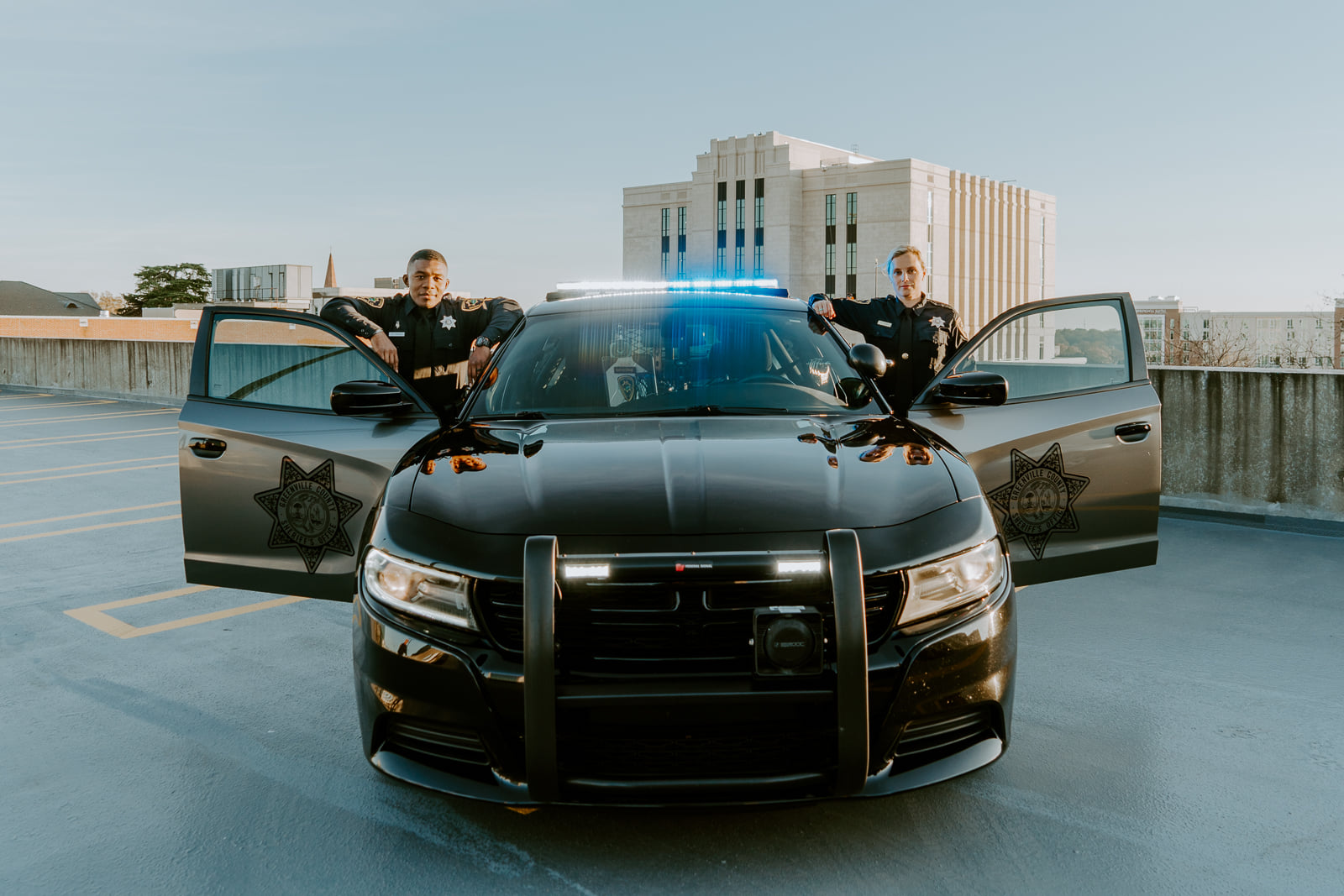 Investigators in the office of Greenville County, South Carolina sheriff Hobart Lewis have launched an inquiry into the mysterious Upstate text stalker(s) – an individual (or individuals) responsible for harassing dozens of Upstate female entrepreneurs for months on end with demeaning, sexually explicit messages.

Other law enforcement agencies may soon follow suit as the geographic reach of this serial harassment campaign continues to expand. In fact, several women targeted by the stalker in a nearby county plan on presenting their evidence to investigators early next week.

“There are four of us going to the county department,” said Sarah Yarbrough, a photographer from Walhalla, S.C.

Yarbrough will be among those paying a visit to the office of Oconee County sheriff Mike Crenshaw this coming Monday (December 19, 2022).

As I reported earlier this week, the women targeted by the stalker(s) have been on the receiving end of a barrage of anonymous, unsolicited text messages in recent months – messages which have been increasing in frequency and vulgarity. Most of the women began receiving the messages earlier this year, although this news outlet has heard from two women who have been receiving them for more than a year.

The stalker appears to have also found targets in neighboring North Carolina – as well as in Myrtle Beach and Gaffney, South Carolina.

Sorenson – a self-described “retired professional model and now professional taxidermist that sells antiques on the side” – told me the stalker would comment on her public pages “multiple times a day” and “keep making new accounts” despite being blocked dozens of times.

The deluge of vile, harassing messages – apparently sent via an application which allows the sender(s) to seamlessly switch numbers – repeatedly referenced items posted on these women’s social media pages, indicating they were being tracked.


In fact, Yarbrough told me she received menacing messages from the stalker(s) about trips she took that were not shared on social media.

“It has made me feel very unsafe and as if I need to constantly be looking over my shoulder,” Yarbrough told me. “I don’t want to take my toddler anywhere with me, because I’m constantly wondering if someone is watching me.”

The stalking has escalated in recent weeks – but until recently, few of the women suspected they were part of a bigger web of harassment.

That all changed when Upstate business owner Ashley Benson – a personal trainer from Greer, S.C. – posted a message on a young professionals website in the Greenville area which detailed her experiences with the stalker. Benson’s post opened the floodgates, prompting dozens of women to report near-identical harassment from what certainly appears to be the same stalker(s).

The Greenville sheriff’s office heard on Friday morning from at least ten women targeted by the stalker – prompting it to open its investigation.

“Earlier this morning, investigators from the GCSO initiated an investigation into multiple complaints from at least ten victims harassed through various social media channels,” a statement from sheriff’s lieutenant Ryan Flood noted. “The incidents began several months ago and involved a person sending sexually explicit messages to women through different social media platforms and also through their cell phones after the suspect got ahold of their numbers through unknown means.”

“Investigators learned that the victims had reached out to one another on social media after experiencing the same acts,” Flood added. “It is also believed that there may be victims who have received similar messages across the State of South Carolina. Investigators with the GCSO are working on this case to try and identify the suspect(s) and ask anyone else who has experienced this type of criminal behavior to reach out at 864-23-CRIME.”

As I reported earlier this week, the harassment has put these female businesswomen in a difficult spot – forcing them to choose between retreating on social media (and losing revenue as a result) or potentially exposing themselves to danger.

“Most of us have no choice because we have to keep a visible face on social media,” Benson told me this week. “If I completely went off of social media I wouldn’t have any business. People keep saying, ‘change your number, go private.’ Well, if they got my number the first time what’s to stop them from getting it again?”

So … how did the women who shared their stories with investigators think the meeting went?

“Overall it went well and they took us seriously, but perhaps only because we came in ten-strong with media standing outside,” said Bethany Boos, an insurance agent from Greer. “They have agreed to push our case through to the cyber-crimes unit. However, nothing was really mentioned to us about next steps or where we go from here.”

Count on this news outlet to keep track of those “next steps” as law enforcement begins seeking the source(s) of this sustained, spreading harassment …