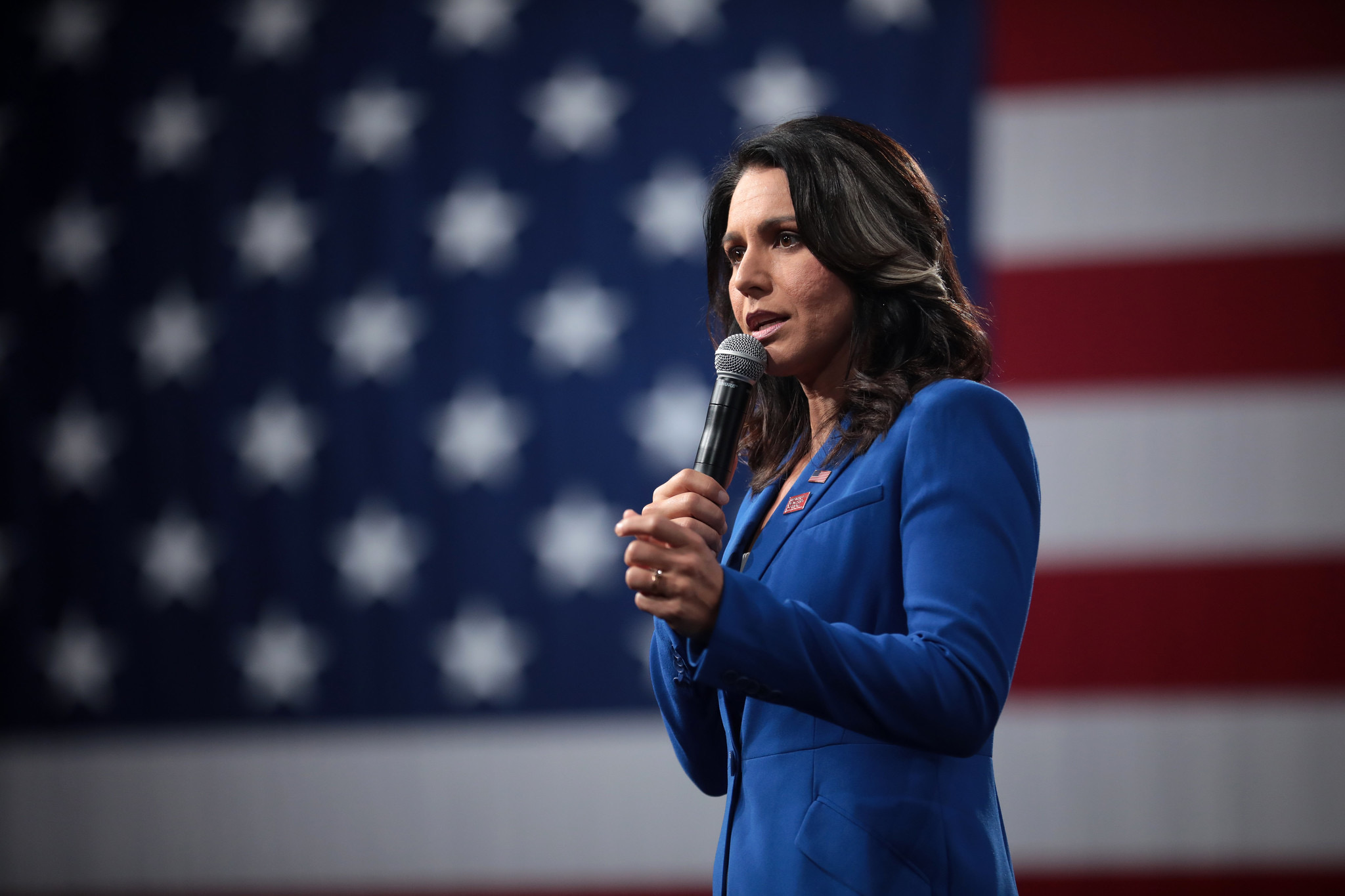 Former democratic presidential candidate Tulsi Gabbard launched a new podcast on Tuesday morning announcing her decision to leave the Democratic party – and explaining her reasons for doing so.

Gabbard – the first female combat veteran to run for president – campaigned on an anti-interventionist and economic populist platform in 2020. It’s no surprise, then, that she would sour on her party’s handling of the Russian invasion of Ukraine (one which anti-interventionists contend was incited by western powers arming and training Ukrainian forces).

Not one for mincing words, Gabbard laid the criticism on thick.

“I can no longer remain in today’s Democratic Party that is now under the complete control of an elitist cabal of warmongers,” she said.

Damn Tulsi, tell us how you really feel.

In all seriousness, though, the Democratic party obviously doesn’t have a monopoly on warmongering. Don’t believe me? Check out this video of Lindsey Graham and John McCain pledging American support for a “year of offense” in Ukraine in December of 2016.

While I can understand the potential geopolitical benefits of U.S. support for Ukraine – and enjoy watching Russian tanks blow up as much as the next guy – I refuse to believe our Beltway overlords weren’t spoiling for this increasingly thinly veiled proxy war.

Gabbard objected to more than just her party’s foreign policy, though, calling out Democrats’ “cowardly wokeness” and the “racializ(ation) of every issue and stok(ing) of anti-white racism.”

That’s a message sure to resonate with older Democrats who remember when their party was focused on improving the lives of working class Americans as opposed to placating the technocratic elite and social radicals.

Gabbard is also correct that her former party “demonize(s) the police and protect(s) criminals at the expense of law-abiding Americans.”

No working person – Democrat or Republican – wants to be robbed, raped, or feel like those things are a distinct possibility in their daily lives, yet policies that have been implemented in progressive municipalities nationwide have demonstrably increased the rates at which these horrors occur.


Perhaps most polarizing – Gabbard decried the “weaponi(zation) of the national security state.”

While my trust in the “spook” class declines daily, I can understand how a rational Democrat might argue that former president Donald Trump’s excesses – and those of his supporters on January 6, 2021 – legitimize the actions of the FBI in recent months.

Gabbard’s most alarming criticism alleged that her former party is “dragging us ever closer to nuclear war.”

While I find the spirited resistance of the people of Ukraine inspiring, I don’t think I’m alone in being deeply troubled by U.S. president Joe Biden’s continued escalation of nuclear rhetoric. I mean, did I miss them firing the brain trust responsible for the Afghanistan pull-out, or are those geniuses still calling the shots?

Despite dragging her party’s flaws, Gabbard did not profess allegiance to the Republican party.

And can any rational Republican really blame her? Especially at a time when the GOP is so shoddily steered by a mixture of Trump sycophants and the D.C. swamp scum (like Graham) who contorted and engaged in all manner of chameleonic machinations to remain relevant in the Trump era?

As someone who wants to gag when I look at 90 percent of the people purporting to represent the American public, it is my sincere hope that more individuals like Gabbard will come forward and speak truth to their party – because there is plenty of truth to be spoken on both sides.

America faces foreign and domestic challenges heretofore unthinkable in the post-Cold War era. Leaders capable of guiding our great nation through these challenges must step up, and I think Tulsi might have done just that this morning.