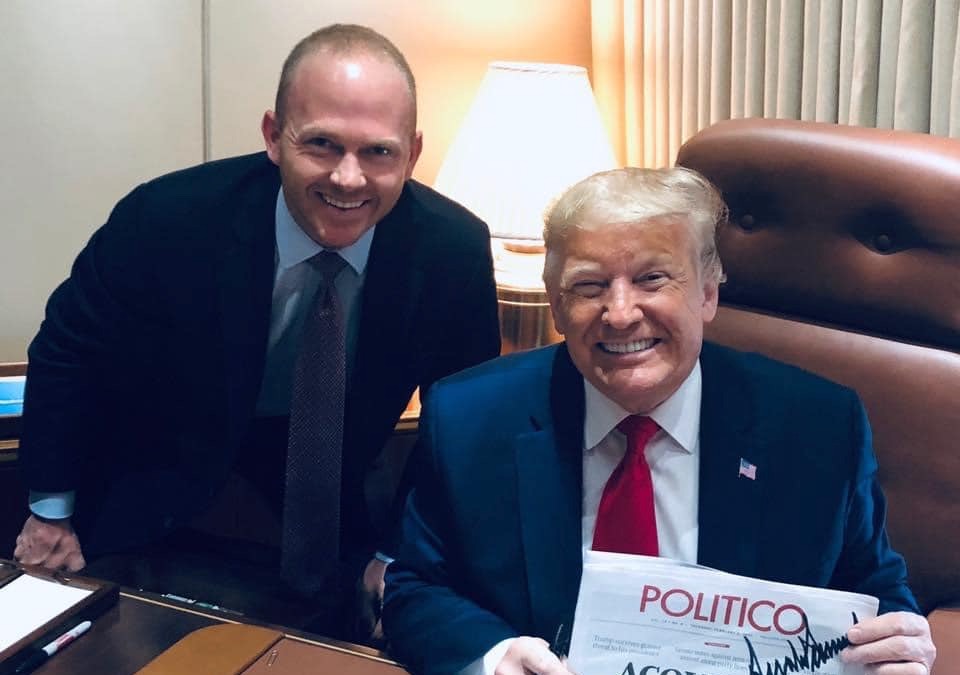 Earlier this week, my news outlet exclusively reported that second-term U.S. congressman William Timmons of South Carolina, who is already in hot water with his socially conservative constituents over one high-profile sex scandal, was “on the cusp of a much greater – and potentially more damaging – sexually related imbroglio.”

This imbroglio has reportedly attracted the attention of the U.S. House ethics committee, according to my sources.

I have also previously reported on some questionable financial arrangements entered into between Timmons and his estranged wife, Sarah Timmons. Those arrangements included the transfer of a 5.41-acre plot of land which is the site of a massive residential construction project. They were finalized just weeks before Timmons kickstarted his first sex scandal via an unsolicited statement asking for “prayers and privacy” in response to allegations of an extramarital affair with businesswoman/ socialite Paula Dhier.

This week, my news outlet has uncovered a $16,000 payment from Timmons to Dhier – who has yet to comment publicly about her affair with the embattled congressman.

The check from Timmons to Dhier – whose legal married name is Paula Lipsey Rallis – was cut on August 21, 2022, a little more than two months after news of this scandal first broke.

According to a notation on the check, the payment is designated as a “tax exempt gift” for Dhier’s daughter, who is at the center of a caustic custody case between Dhier her estranged husband, Greenville, S.C.-based commercial real estate developer Ron Rallis.

According to the Internal Revenue Service (IRS), a gift is defined as “any transfer to an individual, either directly or indirectly, where full consideration (measured in money or money’s worth) is not received in return.”

Timmons’ check to Dhier covers the maximum “exclusion” amount currently available under federal law, however this news outlet has been made aware of other payments to Dhier – including at least one wire transfer from Timmons to his mistress totaling $4,000. Sources in Washington, D.C. have also indicated one component of the preliminary ethics inquiry into Timmons involves allegations that he may have “misused taxpayer funds in pursuing his extramarital affair with Dhier.”

Timmons’ affair with Dhier exploded onto the Palmetto political scene in late June when the congressman issued an unsolicited 18-word statement to this news outlet asking for “prayers and privacy” as he and his wife “work(ed) through some difficult private matters.”


From there, the scandal received significant oxygen thanks to Rallis’ antics – including the pink paint job given to the now-famous ‘Trap Church,’ a West End property owned by Rallis which served as the location for this exclusive interview he gave us back in July.

The scandal also received a big boost thanks to Timmons’ own indignant response to the drama and some unhinged responses from his family members – some of whom have threatened to cut this prodigal son off from the family fortune.

Timmons’ family is an institution in the Palmetto Upstate. His great-grandfather – William R. Timmons Sr. – built an empire in and around Greenville beginning in the mid-1920s, focusing on the real estate, trucking and insurance industries. The family – which helped establish and maintain Greenville’s civic and philanthropic communities – is reportedly worth hundreds of millions of dollars.

The latest developments? Well … aside from the looming investigation? And Rallis’ emergence as a reality television star?

According to my sources, Rallis has been told to press the mute button (again) on his social media accounts – as evidenced by his recent removal of a post slamming The Greenville News for its ongoing failure to cover the Timmons’ affair.

I am further informed Sarah Timmons is planning on initiating divorce proceedings against her estranged husband within the next few weeks. An attorney who spoke on condition of anonymity indicated a reconciliation between the two was “not happening,” and that Sarah Timmons had decided to cut ties with the philandering politician once and for all.

Timmons and his wife were married on the Robert J. Dole balcony of the U.S. Capitol on July 17, 2019 – more than three years ago. U.S. senator Tim Scott officiated at the ceremony – which was held six months after the businessman/ attorney was sworn in as a member of congress.

In addition to the personal and political fallout from his (first) affair, Timmons is dealing with a “mass exodus” from his Washington, D.C. office – including the recent departures of his longtime chief of staff, Moutray McLaren, his senior policy advisor, John Partin and and his scheduler, Olivia Widenhouse.

According to my sources, those departures are linked to the subject matter of the pending ethics investigation.