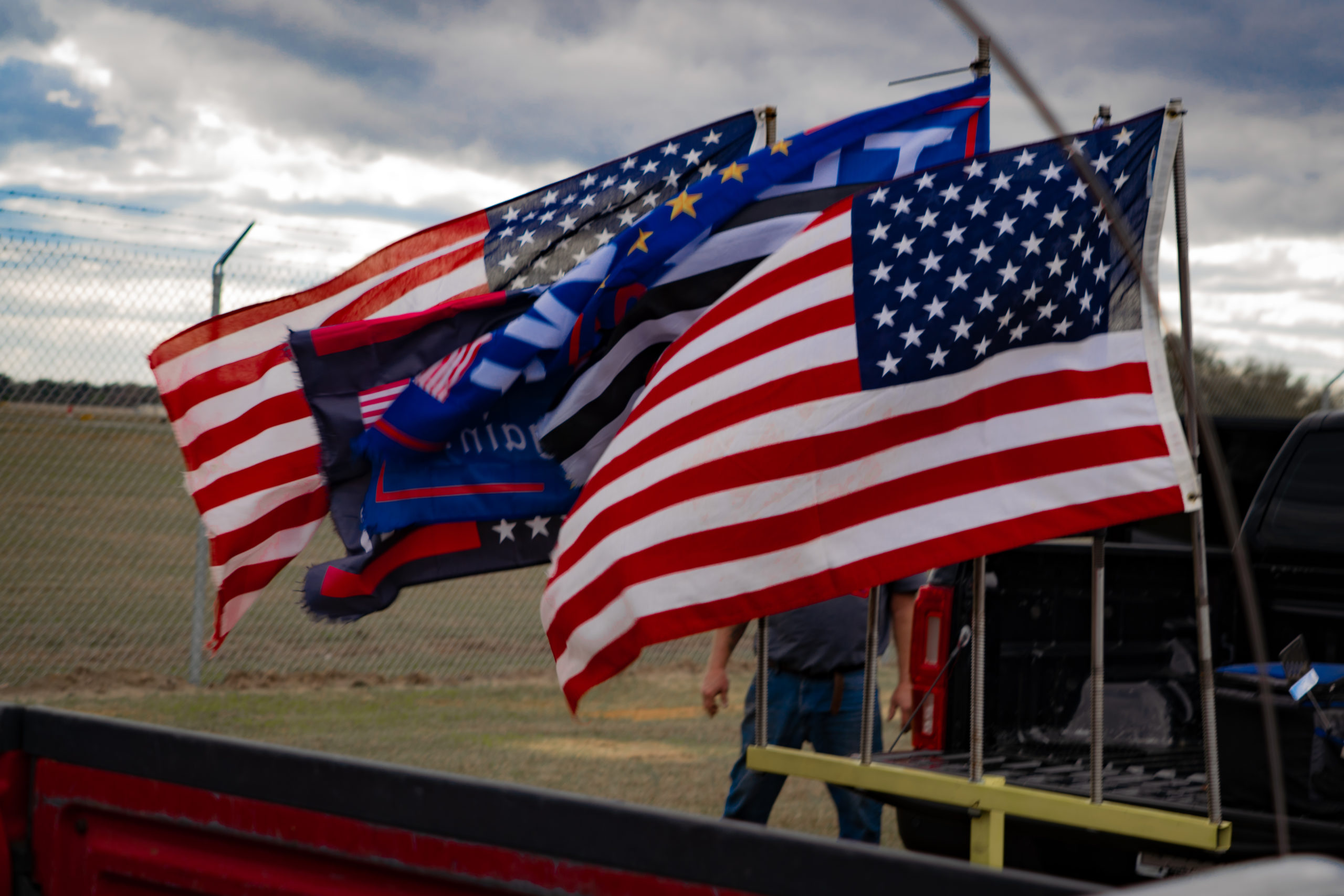 Why,” so many have asked, “didn’t the Jews in Germany fight back before things got completely out of hand? Before the boxcars arrived, and swept them away to hell on earth?”

Others ask, “Why didn’t the German people who sympathized with them stand up, and fight back on their behalf?”

Germany wasn’t, after all, a nation of anti-Semites — at least no more so than anywhere else. Germany was recovering from the Great War, and your average resident was scrapping and scraping to rebuild their destroyed world. Sweating side-by-side for a common goal has a way of putting prejudices in the corner.

“If I’d seen that happening,” so many people in modern times have said, “I would have fought back. Gun or no gun, I’d have gone down swinging. I’d have led a guerilla group, and we’d have shut it down!”

Before declaring oneself ready to strap on a Rambo headband, let’s remember the evil of Nazism initially came about in slow-motion … and as every new form of persecution slowly unfolded, the Jews in Germany probably couldn’t believe their eyes or ears. This was modern times. In a modern nation. With all the trappings of civilization. With laws protecting its citizens.

Many German citizens probably rolled their eyes at Adolf Hitler: Some mentally-unbalanced failed artist with a stupid mustache was running around spouting anger … that’s politics as usual. I’ve got mouths to feed. Besides, Charlie Chaplin and his extremist followers were only a tiny percentage of the nation.


The events that led to the meltdown of Germany’s sanity didn’t happen in a day. Insidious creep is what happened. The Nazis conducted a slow march through the institutions that made Germany a civilized country.

Consider what slowly, slowly, slowly rolled out. First, Jewish businesses were marked with boycott signs, as were the stores belonging to Germans who supported them — which made separating the “bad guys” from the “good guys” easier.

Next, assaults on Jews by Brown Shirts began to happen in broad daylight … sometimes for failing to return a Nazi salute, sometimes for nothing. The courts took no legal action, as they were reading the prevailing winds and preparing themselves to go-along-to-get-along. Or perhaps, the judges agreed with the messages of hate and acts of savagery.

It must’ve been so unthinkably bizarre to these Jews. They posed no threat to anyone; in fact, their efforts to assimilate into the German culture had some Jewish religious leaders concerned their culture would simply be absorbed, and the result would be secular Jews who thought of themselves as little more than German.

“Why is this happening?” Jewish citizens must’ve asked a thousand times. Despite comprising only a tiny part of the population, German Jews accounted for 25 percent of the nation’s Nobel Prizes. Surely, no sane nation would want to harm many of its best and brightest.

On November 9 and 10 of 1938, though, Kristallnacht occurred. Nazis torched synagogues, and vandalized Jewish businesses, homes, and schools. Over 100 Jews were murdered.

Kristallnacht served as a perfect example of the old saying, “It can’t happen… until it happens.”

And once “it happened,” the majority of Germans who felt empathy for the Jews froze — it was a tragic thing happening, but their lack of action seems to indicate they thought “I’m a qualified Aryan, so I’m safe from the madness; I’d help, but there’s really nothing I can do.”

And they were probably correct — the justice system fell prey to the Nazis, and when the rule of law is gone, what’s left?

What’s left is what’s always left: Those in power persecuting those without the means to defend themselves … and for an unarmed society, exactly no one has the means to defend themselves. When the government has a monarch’s monopoly on violence, and there are no vocal Boy Scouts in the press or justice system to object — well, brother, shut up and get in line, lest you want to sit in a prison cell, or worse.

Americans have long viewed the rise of the Third Reich’s thinking as an insane anomaly, something that could never happen here because we are a nation of laws, not men. That same thinking was shared by the tens of millions of citizen-victims who died after the rise of Lenin, Stalin, Mao, and Castro.

We also look to our courts to enforce civil rights, using the blind scales of justice. Whether it’s a monetary punishment and jail, American citizens are now protected from being singled out based on their race, creed, color, religious affiliation, sexual orientation, political views, advanced age, disabilities, or medical condition. We even have laws that multiply one’s punishment if the court decides the defendant had “hate” in their heart.

With all these laws, a group of extremists could never take over the United States. Unless … we stood by and watched the law applied in an uneven way.

But you’d never allow that, would you? You’d never watch as tens of thousands of Antifa and BLM thugs committed billions of dollars in damage, and walked free from crimes like arson, assault, looting, robbery, burning a Federal courthouse and a police station — crimes actually caught on camera — while a number of unarmed trespassers at the Capitol spend six months in jail without a trial?

Would that call you to action? Obviously not.

Perhaps you’d get off the couch if a duly-elected President was hounded for four years with lies of Russian collusion and subjected to openly treasonous investigations by the DOJ, FBI, and NSA … while the next President remained un-investigated despite proof in writing of his selling access to the White House via his crack-addicted son. Maybe you’d snap hearing the President’s chief military advisor proudly state he’d committed treason, and still keep his job?

Would that be your breaking point? Doesn’t appear so.

What about open political corruption – in which professional politicians who never earn more than $200,000 a year somehow amass personal fortunes worth tens of millions of dollars while serving in government?

Still not enough, I guess.

But there is no doubt there are some issues that would cause you to rise up: The government openly colluding with private companies to censor free speech? Sitting members of Congress unashamedly and openly acting on insider trading information? Members of Congress openly calling for continued rioting and looting? The highest-ranking members of the FBI and DOJ lying before Congress when the proof they are lying is in writing … in front of the investigators?

But this couldn’t happen in daylight … all these things would have to occur secretly, lest the government feel your wrath. Right? If it happened in your country, you’d stand up — just like you’d have stood up to Hitler, Lenin, Stalin, and Mao, and Castro.

What would you do if you had rock-solid proof the Federal government was controlled by Leftists, and a weaponized FBI, CIA, and Justice Department?

Oh, you’ll vote against the progressive Democrats at mid-terms? That’s your big statement? The Red tidal wave will save the day? Maybe you should go back and reread this piece, and acknowledge how many elected Republicans do the same things. Corporations, lobbyists, and special interest groups own just as many “good guys” as “bad guys.” Like the “good Germans” who “qualified as Aryan,” most elected Republicans aren’t going to push back too hard, lest they upset their own applecart along with their opponents.

Most recently, the Democrats passed a bill that calls for the hiring of 87,000 new IRS agents, which the Republicans failed to stop. Why IRS agents? Why not Border Patrol? Or Public Defenders? Or doctors and nurses to serve under-privileged communities? Or pay the tuition for social workers to get additional degrees in counseling and mental health? Or ATF agents to crack down on the illegal sale of guns?

If you are too thick to know why, I’ll explain it: Because Americans fear the IRS, and the IRS answers to no one. They are the most powerful entity in America, and can put you in jail or seize your bank accounts, home, and property, then force you to bankrupt yourself proving your innocence. Conveniently, they can pick what people and what companies they choose to audit without oversight.

Not true? Then I wonder why NPR reported in October of 2017 that the IRS was sued successfully by over 500 conservative groups for targeting them for audits, or for refusing to grant them 501c3 status? Why did the IRS offer an official apology? And why didn’t anyone go to jail?


The very latest news is about the FBI raid on former President Trump’s personal residence, the cracking of his personal safe, and the seizure of documents … despite the fact he’d been fully cooperative with their previous requests for documents. The raid of course, is unprecedented in American history — so much so that liberal Alan Dershowitz declared the raid unconstitutional, and made the following statement on Rob Schmitt Tonight:

“A raid is supposed to be a last resort, but this administration has used the weaponization of the justice system against its political enemies. It’s arrested people, denied them bail, put them in handcuffs – used all kinds of techniques that are not usually applied to American citizens.”

Why would the Federal government do this? They know their raid will outrage at least 100 million Americans, at a time when America is being described as a tinderbox, ready to ignite. Why an actual raid by a dozen armed FBI agents?

Why? Because they don’t care. They don’t care because obviously you don’t care… you’ve done nothing about Hunter’s laptop, Hillary’s classified emails, Comey’s exposed lies to the FISA court, Biden’s sale of White House access to both the Chinese (in writing) and the Ukrainians (shot on video, with Joe bragging and laughing about having done so). Odds are, you’ve done nothing more than complain at cocktail parties that we have a sitting President who literally doesn’t know where he is.

The Jews went along quietly because the collapse of the justice system seemed impossible. Their targeting by the Nazis seemed illogical to the point of madness. They couldn’t believe their eyes or ears.

The “good” Germans failed to do anything to help them, because doing so would “cost too much.” The status quo felt comfortable enough. And surely sanity would prevail.

In short, it couldn’t happen … until it happened.

Right now, it’s happening here, and you have one of two choices:  Stand around like “good” Germans and wait for the inevitable … or fight like the third monkey on the ramp of Noah’s Ark, and brother it’s starting to rain.