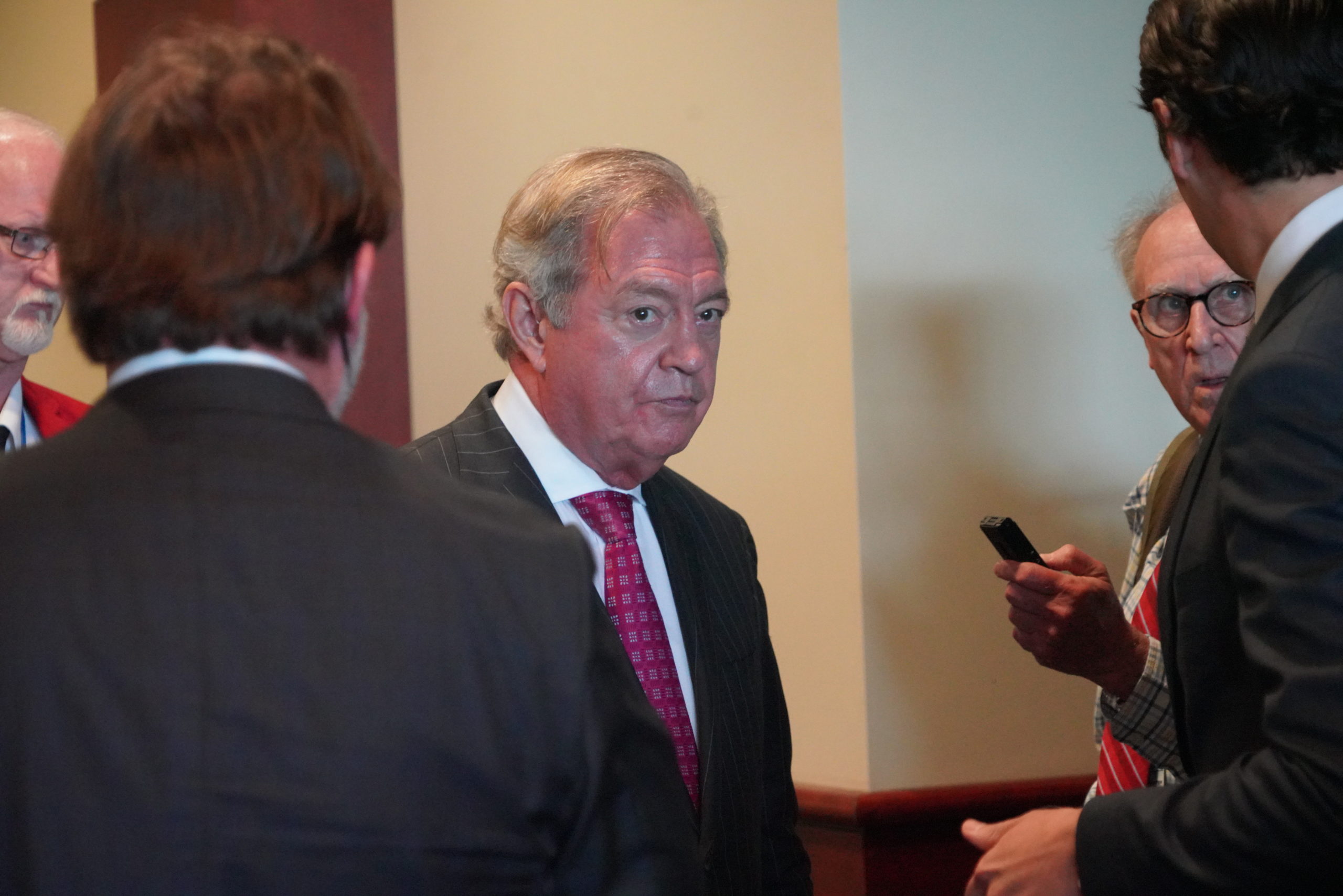 Agents of the South Carolina State Law Enforcement Division (SLED) sent an informant wearing a wire into the office of arguably the most prominent defense attorney in the Palmetto State earlier this year – hoping to see if he was part of an alleged plot to derail one of the state’s highest-profile murder cases, apparently.

The attorney targeted by the operation? Dick Harpootlian …

These allegations surfaced last week in the case of Gregorio M. Leon – a wealthy Lexington, S.C. business owner who originally hails from San Jose de la Paz, Jalisco. The matter then proceeded to bubble over again in a Lexington courtroom on Monday as Harpootlian sparred with S.C. eleventh circuit solicitor Rick Hubbard over whether Leon’s bond should be revoked.

Leon is staring down a murder rap in connection with a 2016 shooting that left his wife’s lover dead. Harpootlian is representing Leon in that case. Last month, the owner of the San Jose Mexican restaurant chain was further charged with perjury after SLED claimed he “acted in concert” with at least one unnamed accomplice “to provide false testimony to aid (him) in the defense of his pending murder charge.”

Leon is being represented in the perjury case by attorney Eric Bland. Senior deputy attorney general Megan Burchstead appeared on behalf of the state on the perjury charge.

Leon (above, left) killed his wife Rachel Leon’s lover – 28-year-old Arturo Bravo – on the evening of February 14, 2016 after placing a tracking device on her Mercedes and following her to one of their romantic rendezvous.

“I shot my wife’s lover,” Leon told an emergency dispatcher shortly after firing four shots into the cabin of a silver Toyota Tundra pickup truck his wife allegedly purchased for Bravo.

Leon was charged with murder, attempted murder, discharging a weapon into a vehicle and possession of a firearm during a violent crime following that shooting. He has pleaded not guilty to those charges – claiming he acted in self-defense. In an effort to bolster that presumption, Leon’s attorneys have accused Bravo of being tied to the Las Zetas drug cartel.

During Tuesday’s court hearing, Harpootlian referred to Bravo as a “violent gang member.” In fact, the Las Zetas cartel is said to have initially sought retribution against Leon and his allies for the killing – however the circumstances of Bravo’s murder were later deemed “comprendida.”

While “comprendida” in the eyes of the cartel, the state of South Carolina is nonetheless moving forward with its murder case against Leon – as well as the perjury charge.

Hubbard told S.C. circuit court judge Debra R. McCaslin that Leon’s alleged efforts to manipulate witnesses in connection with his murder trial were a clear violation of his original bond – and that he should be remanded to the custody of the state prior to his trial in January 2023.


“He is actively subverting justice in this case,” Hubbard told McCaslin. “He is on a recording telling a witness to lie.”

“If that’s not a threat to our system we don’t need fines,” Hubbard added. “It’s either a violation – or there are no violations.”

He also challenged McCaslin – asking her whether she would show similar leniency to a typical defendant.

Several attorneys who spoke with me privately at the courthouse expressed shock that McCaslin did not recuse herself from this case. They also expressed surprise that neither Hubbard nor Burchstead sought to have her disqualified from hearing the matter.

Meanwhile, SLED faced backlash from Bland for its tactics.

“As a lawyer I am offended and shocked that the solicitor admitted in open court that SLED would wire a witness to send into a lawyers office to record discussions let alone a lawyer who is as prominent as Dick Harpootlian,” Bland told me.

Both Harpootlian and Bland have become household names due to their starring roles in the ongoing ‘Murdaugh Murders’ crime and corruption saga – which reached a point of critical mass last week.

While Bland was irate at SLED, Harpootlian told me after Tuesday’s hearing that he was not challenging the agency over its use of a confidential informant in his office.

“I don’t like it but I don’t dispute they had a legal right to do what they did,” Harpootlian told me.

For its part, SLED declined to weigh in on the hearing.

“It would be inappropriate for SLED to comment on an active and ongoing investigation,” SLED  public information director Renée Wunderlich told me.